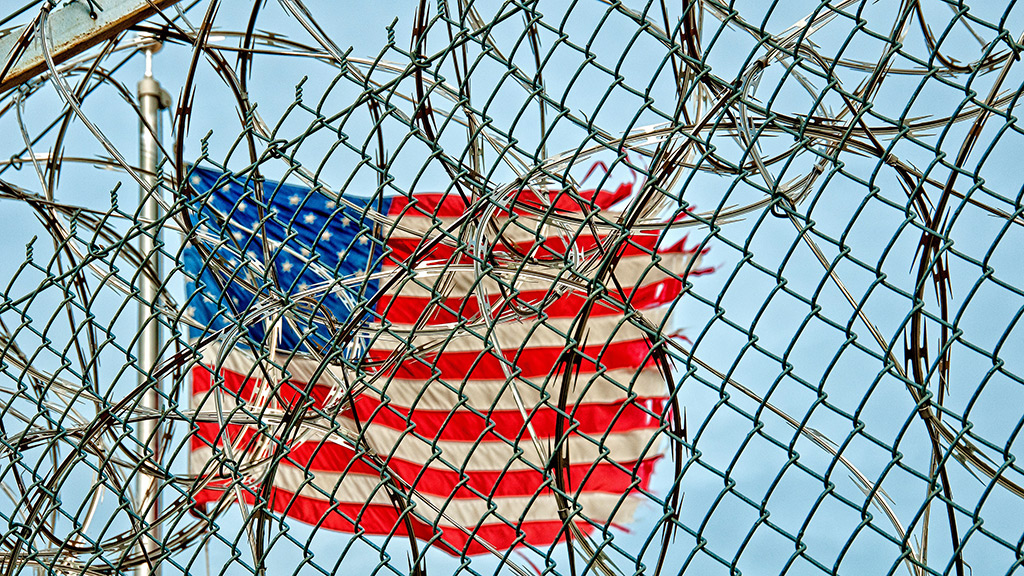 World crises at climax: Bad news for our future

The behavior of the great powers in the international system, emerging threats to international security, declining expectations from international organizations, surfacing nationalism and protectionism and arising trade wars all signal that something is approaching or the world is quickly approaching a point of total disarray.

In one of the most memorable comedies of Turkish cinema, “G.O.R.A.,” one character’s line has since become a hallmark of Turkish popular culture. In this Cem Yılmaz science-fiction-comedy, this character emerges randomly in different scenes and warns the main characters, particularly the commander of the space ship, Commander Logar, about an object approaching the spaceship, indicating a looming threat (Komutan Logar, bir cisim yaklaşıyor efendim).

After each and every warning the main characters are annoyed and irritated by the character and try to kick him out of the room. Looking at current discussions on the future of the international system, coming chaos in global affairs and the increasing unpredictability and uncertainty of U.S. foreign policy, the current state of affairs time and again remind us of that famous line of a coming threat or threats to the world.

The behavior of the great powers in the international system, emerging threats to international security, declining expectations from international organizations, surfacing nationalism and protectionism and arising trade wars all signal that something is approaching or the world is quickly approaching a point of total disarray.

For some, like Robert Kagan, it is the return of normalcy in international relations, as he titles his most recent book, “Jungle Grows Back.” Thus, the Cold War years were just a parenthesis in the long history of humanity, when the major powers suffered from war fatigue, economic destruction and the introduction of nuclear weapons to the equation made them reconsider their previous strategies.

Of course, in the meantime the U.S. assumed roles in international security and economy that it refrained from for its entire history. Now, the U.S. does not want those roles and the other major powers desire going back to the factory settings of the international relations. Ian Bremmer at the height of the global financial meltdown described this new situation in his book “Every Nation for Itself: What Happens when No One Leads the World.”

It is not certain when every state around the world started to reconsider its policies by taking into account these changes, but today it is not an assumption or projection but a reality on the ground. Every state knows today an object is approaching, and every state is willing to take some precautions to handle these risks to its national wealth, security and stability.

This debate on the future of the world order reached one of the highest points this week as a result of multiple developments in various parts of the world. The absence of any effective mechanisms to manage and resolve conflicts and the increasing irrelevance of the U.N. system to handle crises in different regions once more time revealed itself.

The first of these incidents took place in Kashmir, one of the most complicated ethnic and territorial conflicts. Although some considered the issue a frozen conflict with different dotted lines on the Google map, the situation quickly escalated after the dogfight between Pakistani and Indian jets last week. Two nuclear powers in South Asia exchanged fire, which led to an Indian jet being shot down and its pilot detained. The video surfaced after the incident and quickly circulated in social media in our globalized world, resulting in nationalist reactions in India. The situation demonstrated latent conflicts that can quickly restart due to provocations even between two nuclear powers.

Restraint turns out to be the only hope to prevent escalation. While this crisis was taking place between two nuclear powers, President Trump was trying to reach an agreement with Kim Jong Un of North Korea to denuclearize the Korean peninsula. The meeting ended abruptly without an agreement. Some criticized the U.S. administration for lack of preparation and planning ahead of the meetings, while Secretary of State Mike Pompeo said that Kim was not ready for a deal, starting another period of unpredictability and uncertainty for another major crisis.

In the meantime, the U.S. and China try to negotiate an agreement to prevent the trade war – negotiations that are considered the best hope to prevent the return of mercantilism in world politics. The outcome will determine global economic stability, and there is not much optimism about the future. In the midst of all these, the U.S. and Russia blocked each other’s resolutions in the U.N. Security Council on the crisis in Venezuela, demonstrating one more time that the U.N. Security Council is the place for rhetorical action and vetoing maneuvers.

The game they play does not even look like a chess match anymore, it always lacked sophistication but now it is too monotonous, tiresome and tiring. Instead of a chess game, debates in the U.N. Security Council sound like angry birds, but the game actually looks like Atari’s old Pong game. And while all this is taking place, yes something is approaching Commander Logar.

Stability in Turkey means stability in the region
Next
Loading...
Loading...
We use cookies to ensure that we give you the best experience on our website. If you continue to use this site we will assume that you are happy with it.Ok