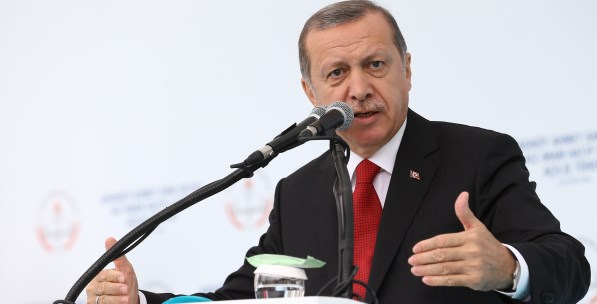 Following the April 16 constitutional referendum, Turkey gained a new administrative system as well as an early competitive environment for the 2019 elections. Three elections will be held in 2019. The first will be local elections followed by parliamentary elections and the presidential election on the same day.

Considering 2019 today, the Justice and Development Party (AK Party) is placed favorably in all three elections. Even though those who watch Turkish politics from afar and mix intentions with facts claim that the AK Party’s chances of winning have lessened, this is not true. It is the AK Party’s pragmatism and understanding of change that has allowed it to stay in power and that has advanced it as the strongest party for the upcoming elections.

One of the most important characteristics of the AK Party is its ability to realize change while in power and change in continuity. In other words, the AK Party has succeeded in changing, while keeping itself at the center.

We must say that President Recep Tayyip Erdoğan’s leadership has played an important role in this process. At the basis of the political performance Erdoğan has displayed since 2002, it is not only that he has carried the public to the center of politics, but he also has placed them directly in the center of the administration. Erdoğan has always openly and clearly stated the need for change each time and adapted his party transparently during the process.

So, why is the AK Party changing? Why does it feel that it must change? Why is Erdoğan, as AK Party leader, saying that 2017 will be a year of change for the party?

Why? Let me try to briefly answer this question from the general to the specific.

1) Above all else, the world of 2017 is very different from that of 2002. It is not possible to understand or describe the political stage of today through the globalization stories of the 1990s. Today’s international relations are miles away from the dreams of a liberal, universalist base. We are altogether experiencing the painful, harsh world of realism. Actors on the international stage are made to speak not of unity among actors, unification or nuclear disarmament, but of conflict, division, war, nuclear arms and forced displacement. In short, the global environment is hardening and polarizing.

2) Not just in Turkey, but also in the entire Middle East, the Westernization paradigm is losing its significance. The understanding that the West is the source of civilization whereas the Middle East is the consumer of civilization is losing credence. The idea that the West represents the ideal situation of humanity is marginalizing. We are no longer at a stage where the West’s prescriptions of development and modernization are the future scenario. Following July 15, Turkey shut its period of Westernization. After that day, Western countries began to be regarded as actors with whom equal relations could be established.

3) The rise in instability in Turkey’s region and the entrenchment of crises and conflicts in its environment has brought with it an expectation among the Turkish public for the creation of effective security policies, and the public has begun to demand more security from the state. Today, the people give more precedence to security policies compared to 2002 and consider the continuity of the country to be its first and foremost priority. In this sense, there is a dense sensitivity and awareness of the threat of terrorism and invasion among Turkey’s public.

5) This ongoing change on the outside is also compelling the AK Party to change. In this sense, the AK Party’s obligation to change is connected with Turkey, the region and the international political sphere’s transformation. AK Party elites believe that if they do not change, they will be distanced. Therefore, they are engaging in an encompassing political discourse, listening to bottom-up demands and continuing the search for a response to the center of the public.

Those who continue to argue that the AK Party is going from liberal to illiberal need to take a look at the kind of illiberalness that has pervaded the regional and global arena and perhaps then they can look at Turkey more realistically and rationally.

Challenge of development in a world of conflicts
Previous

What has been lost in Raqqa?
Next
Loading...
Loading...
We use cookies to ensure that we give you the best experience on our website. If you continue to use this site we will assume that you are happy with it.Ok