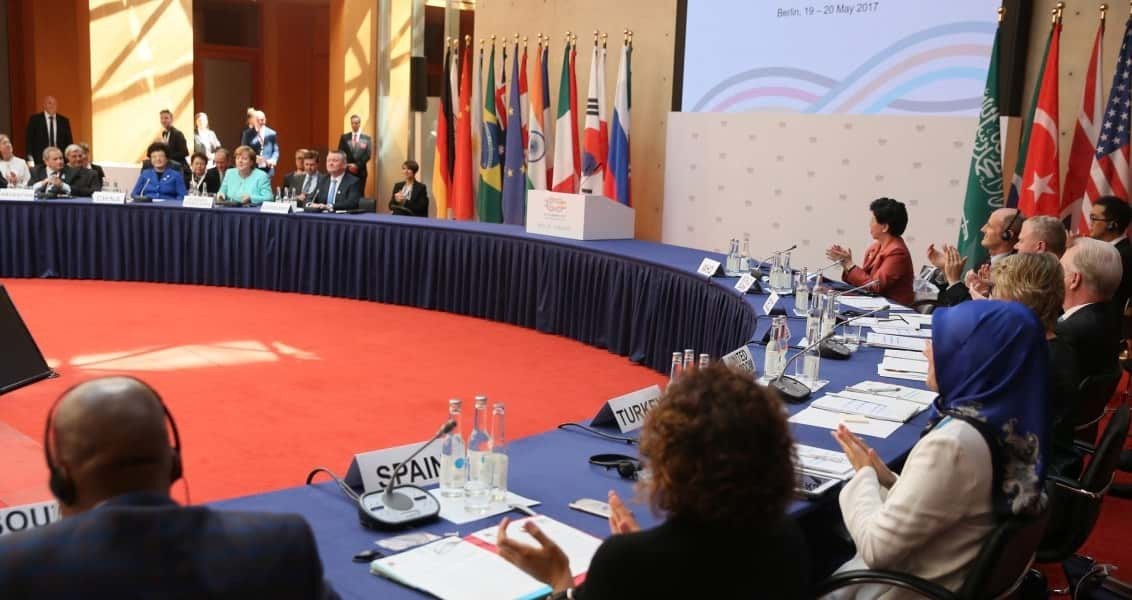 Will the Talk at the G20 Summit be Futile Again?

Instead of making empty promises, world leaders should discuss how to fight global problems during the G20 summit in Hamburg

The G20 summit gathers today in Hamburg, Germany. The G20 summit was held in Antalya, Turkey two years ago, and last year in Hangzhou, China. In both summits, Turkey brought forward the topic of encompassing growth as well as mentioning the thesis that the function of the G20 formation should be redefined.

During last year’s summit, which took place in Hangzhou, China also brought to the agenda the encompassing growth issues that Turkey had mentioned the year before. China defined the purpose of the summit in the following manner: To develop a blueprint for innovative growth; formulate action plans to implement the U.N. 2030 agenda for sustainable development; identify priority field, guiding principles and index system for structural reform; draft strategies for global trade growth; set out guiding principles for global investment policies; and deepen reform of the international financial architecture.

Turkey’s basic argument was that the G20 platform should not remain something where only the economic problems of participating countries get discussed. President Recep Tayyip Erdoğan repeated numerous times that fundamental problems that effect global politics, in particular terrorism and refugee problems, should be discussed at the G20 summit as well. Today, the main issue that should be discussed at the summit in Hamburg is “global injustice.” Unfortunately, the global political stage facing us is caused by the actions taken by Western countries based only on a perspective of “economic interests” that excludes and even makes an enemy of “the other.”

The main issue is whether “global justice” and “world peace” will be truly taken up at the G20 summit. At this point, when considering what questions are at the top of the list, we are once again faced with the refugee crisis and terrorism.

Both problems have long been regarded as “regional” and “cultural” problems and thus have been neglected. As of today, both the problems of migration and refugees and terrorism have gone beyond being local and regional issues and have become globalized.

The view of the Syrian crisis that began in 2011 as a local problem and the taking of palliative measures in order to solve the crisis only birthed regional and global problems. Migration and refugees and terrorism are foremost among these problems.

Millions of people have had to leave their homes due to the Syrian crisis. Syrian refugees attempted to reach different regions of the world by taking extremely dangerous paths. They were exposed to exploitation by human traffickers. Thousands of people drowned in the open seas. Many more had to continue surviving under extremely harsh living conditions.

There are two approaches to refugees today. First is the approach that regards them as “economic burdens” and “security risks.” This is an approach that is fed from hidden or open racism and which in turn amplifies racism in the social sphere. More, it neither solves the problems of the refugees, nor does it do anything to help the problems of those who regard refugees as the problem. On the contrary, the denialist and exclusivist policies toward refugees only serve to deepen both sides’ problems.

Yes, recognizing refugees and identifying the conditions that forced them to become refugees comes at the beginning of the solution process. Unfortunately, European countries, with Germany foremost among them, have adopted an attitude that is far away from providing solutions to the refugee crisis. Refugees are only regarded as economic burdens and security risks. European politicians also regard Syrian refugees as beings that could put their political careers at risk. With every step they take, they feed into racism and the extreme right. The aim European politicians have set for themselves is to keep refugees outside of the borders and to create a buffer zone on Europe’s periphery. At this point, Turkey is regarded as a servant who can be used to solve Europe’s refugee problem.

About the struggle against terrorism. When considering the refugee problem in Europe, we see the same essentialist and exclusivist approach also present with the terrorism problem. When considering this from the perspective of a country like Turkey who is fighting against terrorism and different terror organizations at the same time, we see that the West actually paves the way for terrorism due to its own interests. Germany’s attitude is an example of this. Allowing space for the PKK and the Gülenist Terror Group (FETÖ), Germany is obstructing Erdoğan’s freedom to speak in Germany. This is political blinding and dogmatism. Nothing else

Turkey will not be drawn into Gulf Fight
Previous