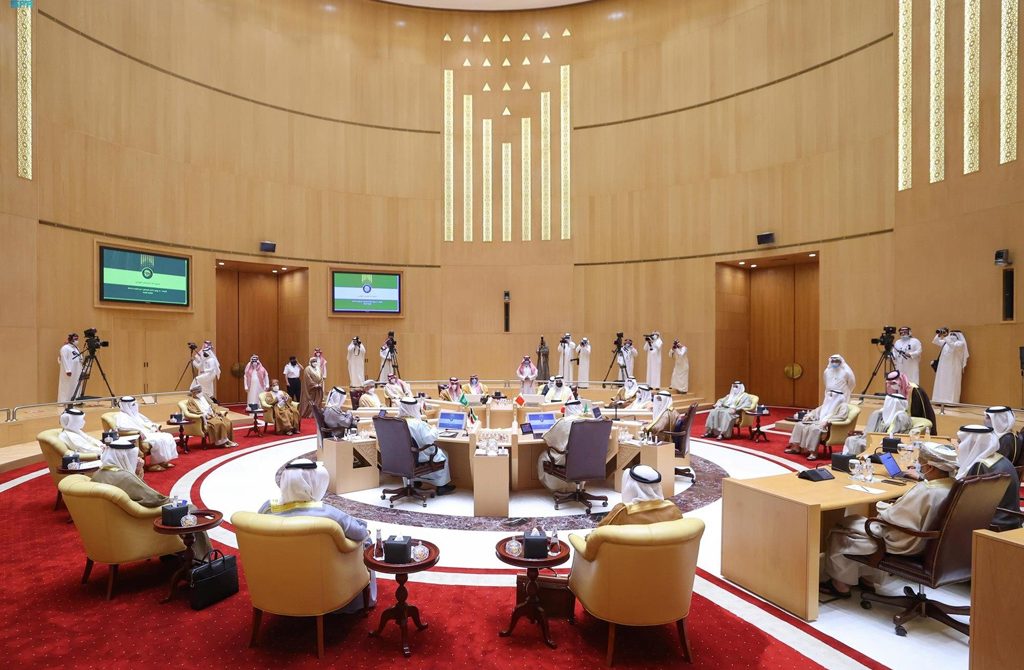 Will rising tensions in the Gulf region ever end?

The dissolution that started with the exclusion of Qatar from the GCC now continues with the division between the UAE and Saudi Arabia. The crisis is thought to be causing extensive recalibration and reorganization in the region

The Cooperation Council for the Arab States of the Gulf, generally known as the Gulf Cooperation Council (GCC), which was established in 1981, was one of the most successful international organizations and regional integration processes in the Middle East until the rupture of the Arab insurgencies and revolutions.

The GCC, whose headquarters are based in Saudi Arabia’s capital Riyadh, consists of six monarchies, namely, Saudi Arabia, the United Arab Emirates (UAE), Qatar, Kuwait, Oman and Bahrain. The scope of its activities is quite broad, covering cooperation in finance, trade, tourism, industry, agriculture, administration, science, technology, development and military.

At the beginning of the 21st century, the GCC set three main objectives to be achieved within a decade in order to improve the integration: the customs union in 2003, a common market in 2007 and a common currency in 2010. However, these objectives were not achieved.

In the wake of the Arab insurgencies and revolutions, Saudi Arabia proposed to transform the GCC into a “Gulf Union” with not only economic but also political and military coordination to counterbalance both the Iranian threat and the destructive effects of the Arab Spring.

While some members states such as Bahrain supported the proposal to strengthen the political and military dimensions of the organization, some other members, such as Qatar, rejected the idea.

GCC members experienced the first tangible friction in 2014, when Saudi Arabia, the UAE and Bahrain recalled their ambassadors to Qatar due to the Qatari support for the main carriers of the Arab insurgencies and revolutions across the Arab world, including the Muslim Brotherhood.

When Qatar insisted on taking regional initiatives and pursuing an independent foreign policy, other GCC countries decided to take further steps. Saudi Arabia, the UAE and Bahrain took an important step in 2017 when they officially cut diplomatic ties with Qatar, claiming that Qatar was supporting terrorist and sectarian groups aimed at destabilizing the region.

Later on, these three GCC states imposed an embargo on Qatar and even tried to overthrow the Qatari government. With the support of Turkey and some other countries, Qatar resisted any kind of pressure coming from other GCC states.

There was almost a complete agreement between Saudi Arabia and the UAE regarding the regional developments, including the otherization of the Qatari state, the opposition against Iran and Turkey, the de facto alliance with the Israeli state, the intervention into regional crises such as Yemen and Libya, and the punishment of the revolutionary movements in the Arab world, such as the Muslim Brotherhood.

In other words, there was a consensus in their grand strategy narratives during the post-Arab Spring: counter-revolutionary and anti-Islamic movements, including the Muslim Brotherhood.

However, after the instability in the Arab world taking roots for the last several years and the changing regional and global dynamics, Saudi Arabia and the UAE began to antagonize one another. Recently, Saudi authorities have realized that the UAE’s rise comes at their own expense.

Due to the divergence of interests between Saudi Arabia and the UAE, the confrontation between the two countries began to intensify. Today, the two states disagree on many regional issues such as reconciliation with Qatar, normalization with Israel, relations with Iraq, the policy toward the Yemeni crisis and the Palestinian question.

After the GCC Summit in al-Ula, Saudi Arabia began to normalize its relations with Qatar. However, the UAE is against a successful reconciliation between Riyadh and Doha because the improvement in Saudi-Qatari relations may cost the UAE dearly.

While Qatar cannot compete with Saudi Arabia, it can challenge the regional effectiveness of the UAE. Therefore, the UAE has a much more negative stance against Qatar.

There are powerful religious groups in Saudi Arabia that strongly oppose full normalization with Israel. As long as Israel continues its anti-Arab and anti-Islamic policies, it is difficult for Saudi Arabia to have formal relations with Israel.

Unlike the UAE, Saudi Arabia does not want to cut its relations with Palestinian political actors, including Hamas. For instance, the Saudi authorities have allowed Hamas leader Khalid Mishal to appear on a Saudi TV channel, al-Arabiya. Riyadh wants to have a say in Palestinian politics.

The UAE has been trying to be the region’s main trade and business hub and to monopolize the regional economy. As the largest economy in the Gulf, Saudi Arabia began to take measures against the Emirati economic assertiveness.

Within this context, Saudi Arabia has recently amended its rules on imports from other GCC states to exclude goods made in free zones or using Israeli input from preferential tariff concessions. King Salman’s son, Petroleum Minister Abdul Aziz bin Salman, has criticized the UAE for holding up the OPEC+ deal.

There is a rivalry at the personal level as well. Personal relations between UAE Crown Prince Mohammed bin Zayed Al Nahyan, colloquially known by his initials as MBZ, and Saudi Crown Prince Mohammed bin Salman, colloquially known as MBS, was one of the main reasons for the harmony in the regional perspectives of Saudi Arabia and the UAE. In the beginning, MBZ had a huge influence on MBS.

It was MBZ who introduced MBS to the Western circles. However, recently the relations between MBZ and MBS have soured. If it worsens further, the UAE will lose its main backer in regional interventions. As the de facto leader of the hegemon in the Gulf, MBS will sooner or later challenge the influence of MBZ.

Overall, the UAE’s assertive zero-sum mentality and MBZ’s ambitious vision continue to undermine Saudi pragmatism and damage its foreign policy activism. It seems that the post-Arab Spring close relations between Riyadh and Abu Dhabi is not sustainable.

Due to many differences between the two states, the crisis will intensify between them and this will cause a comprehensive recalibration and realignment in the GCC region.

CHP’s tough reality in Turkey
Next
Loading...
Loading...
We use cookies to ensure that we give you the best experience on our website. If you continue to use this site we will assume that you are happy with it.Ok