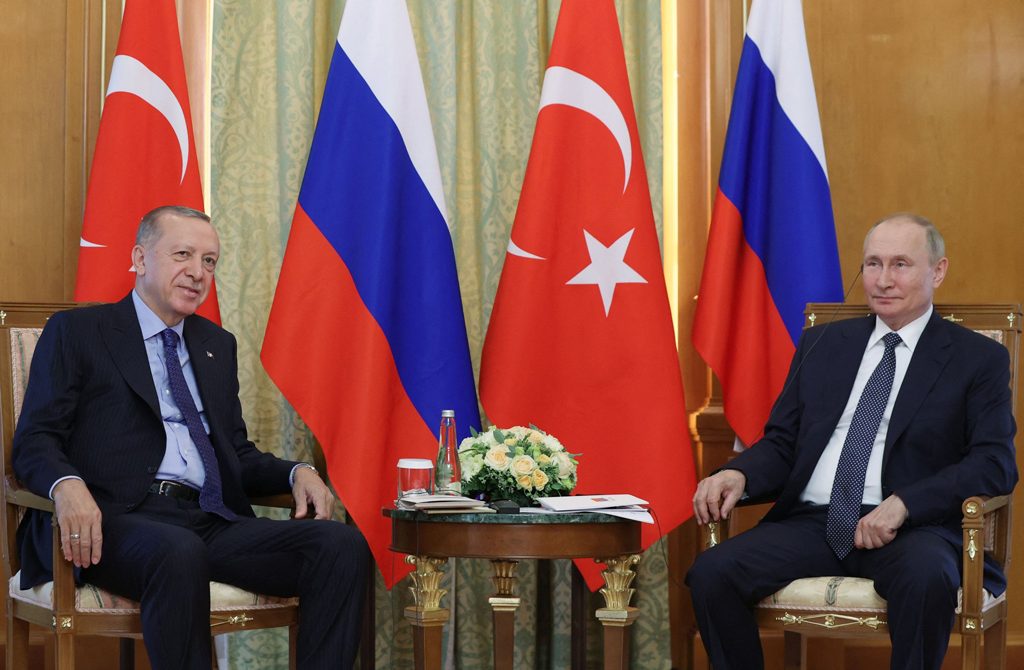 Why is the Sochi meeting significant?

Türkiye made several attempts to deepen its relationship with the United States and the European Union. The response to such attempts should not be abandonment in Syria or support for Greece’s maximalist demands over the Eastern Mediterranean and the Aegean. Nor should the West respond to Ankara’s military operations in Syria with sanctions.

I visited Sochi, Russia as part of President Recep Tayyip Erdoğan’s official delegation on Friday. The visit took place in a new world, one shaped by a great power competition (which the Ukraine war deepened), and was a significant gathering for several reasons.

It is obviously important for Türkiye, a NATO ally, to remain committed to its balance-of-power policy, which enables it to negotiate with Russia for the proper implementation of the grain deal and a future cease-fire between Ukraine and Russia.

With regard to regional and bilateral relations, in turn, that visit can be viewed as a continuation of Erdoğan’s July 19 meeting with Russian President Vladimir Putin on the margins of the Tehran summit. Indeed, their meeting agenda in Sochi covered issues that could not be resolved in the Iranian capital and attempts to address additional proposals. Those issues included Türkiye’s probable military operation in northern Syria and economic cooperation.

The fact that Türkiye’s foreign minister, defense minister, intelligence chief and head of defense industry were present points to negotiations focusing on security and defense. Moreover, the ministers of treasury and finance, trade, energy and agriculture as well as the head of the central bank were in Sochi – which suggests that the meeting had a multidimensional economic agenda.

It was also noteworthy that Erdoğan and Putin held a tete-a-tete meeting and had a working lunch in addition to the inter-delegational meeting.

As Europe experiences a lack of leaders like the former German Chancellor Angela Merkel, Erdoğan and Putin build on more than 20 years of experience. In truth, their leader-to-leader diplomacy, which the two presidents have been conducting since 2005, has certain unique qualities.

First and foremost, that relationship has a history of managing competition and tensions while also promoting cooperation. The two leaders, who have met more frequently in recent years, have not only focused on deepening their bilateral relations and managing crisis areas like Libya, Syria and Karabakh. At the same time, they find opportunities to exchange views on international developments.

The meeting in Sochi related to all aspects of the bilateral relationship. The leaders thus put the finishing touches on a variety of ongoing discussions. That broad spectrum of cooperation covers many specific programs, from energy (e.g. Akkuyu and TurkStream) and agriculture to tourism and trade.

As Erdoğan noted and the joint statement reflected, Türkiye and Russia have turned over a “rather different page.” Likewise, Putin’s comments on the strategic projects the two states are implementing were noteworthy: “Europe should be grateful to Türkiye for the uninterrupted flow of natural gas.”

In recent months, the opposition has criticized the expanding cooperation between Türkiye and Russia more and more frequently. It would not be surprising for the main opposition Republican People’s Party (CHP) and the Good Party (İP) to turn up their critique in the wake of the Sochi summit.

Türkiye’s policy toward Russia does not rest on ideology but on a rational and dynamic balancing of national interests. Of course, the balance-of-power policy entails certain risks as well.

Türkiye, which seeks to play an active role within the Western alliance and faces the reality of Russia in its neighborhood, cannot be expected to react categorically to any development. Türkiye has Western allies that support the PKK terrorist organization and its Syrian offshoot, the YPG, but won’t sell it armed drones, missiles or aircraft when needed. It also has neighbors and partners that it opposes in Syria.

Keeping in mind that conflict-ridden network of relationships, expecting Türkiye to implement the bloc’s policies would be incompatible with the geopolitical realities. That is especially true in a world heading toward multipolarity.

Türkiye made several attempts to deepen its relationship with the United States and the European Union. The response to such attempts should not be abandonment in Syria or support for Greece’s maximalist demands over the Eastern Mediterranean and the Aegean. Nor should the West respond to Ankara’s military operations in Syria with sanctions.

The current situation in the international arena requires Türkiye to pursue an exceptional policy toward Russia. The Western governments must take all those equilibria into account and approach Ankara with new proposals for cooperation, investment and integration.

Taiwan crisis and heightened Western-Chinese rivalry
Next
Loading...
Loading...
We use cookies to ensure that we give you the best experience on our website. If you continue to use this site we will assume that you are happy with it.Ok