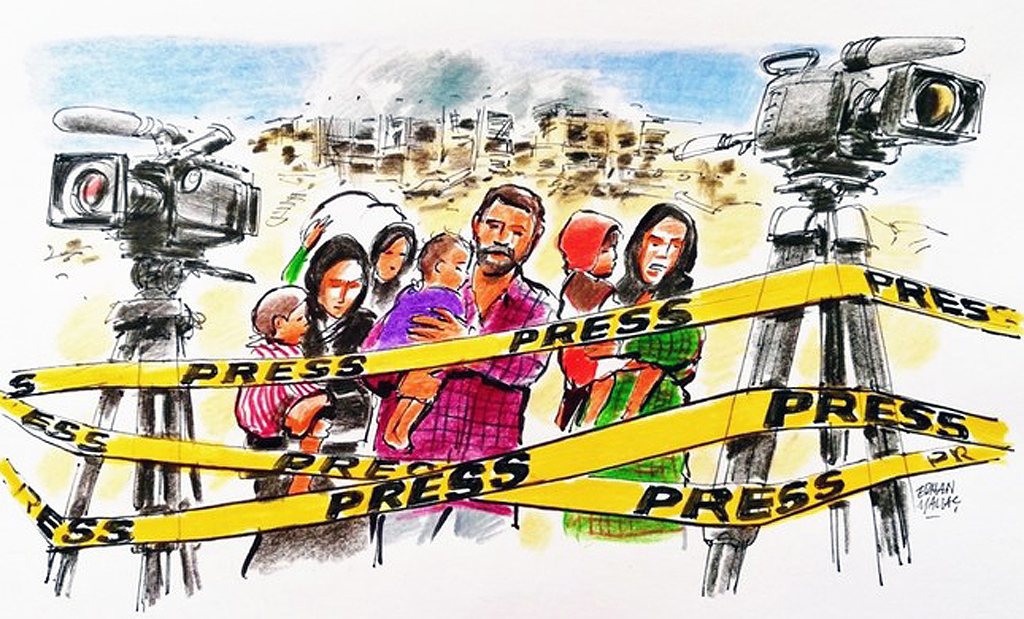 Who will alert Europe about the looming humanitarian crises?

For the moment, it seems that there is no way to wake the European states and their media outlets up to the naked truth that the humanitarian crisis in Syria is not over and that refugees, fearing for their lives, are still fleeing the country in droves 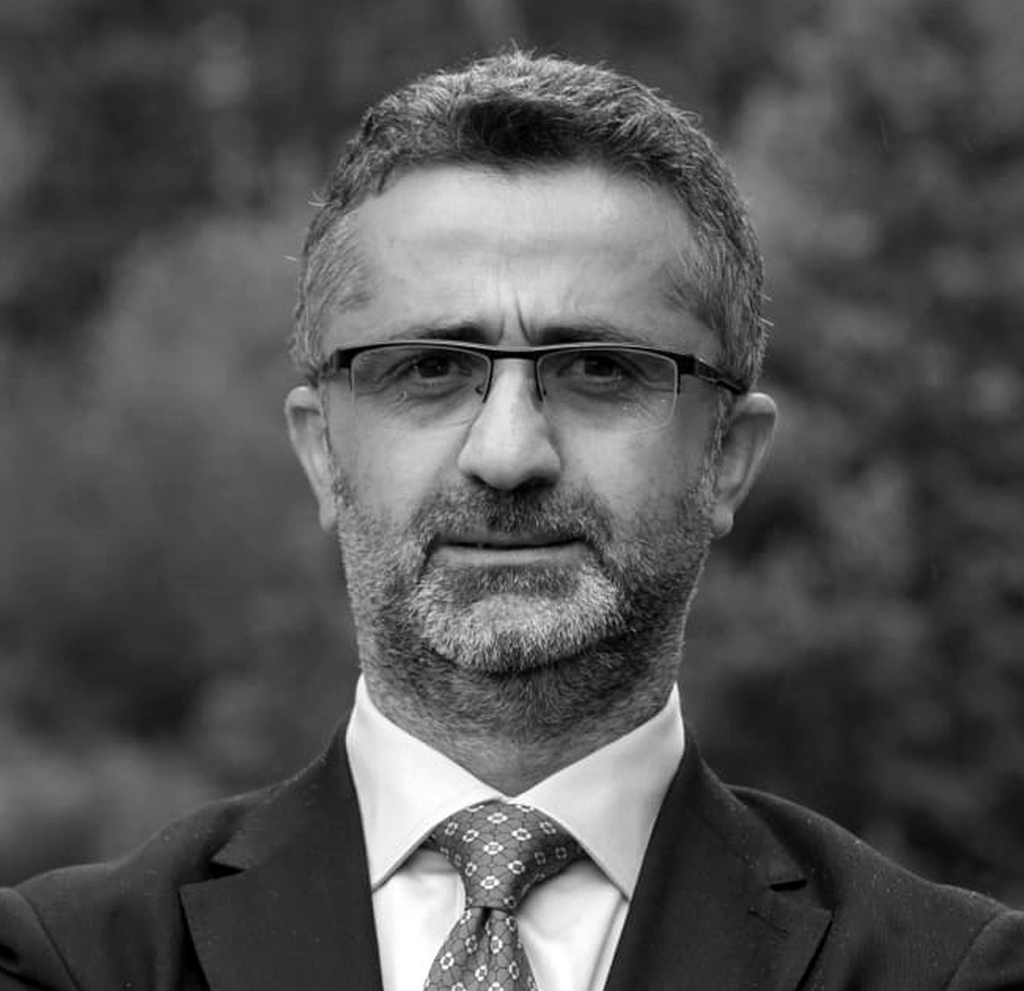 Recent developments in Syria signal a new refugee wave may be on the way – and the signals that one is on the way are strong indeed.

Refugees heading for Turkey initially settle in camps along the border. As pressure intensifies, however, the direction of the migrant wave turns West. Though the “West” here suggests Turkey at first, most of the migrants aim for settling in Europe, with taking refuge in Germany and France the ultimate goal.

Unlike Turkey, Europeans are not willing to take in refugees. In fact, the main motive behind the refugee deal signed with Turkey in 2016 was to keep refugees out of Europe.

Turkey has been maintaining an open-door policy for Syrian refugees since the outbreak of the civil war in 2011 – meaning for eight years. The chief reason for this was humanitarian aid.

In other words, Turkey has taken in people pressing on its borders in order to save civilians from dying in regime bombardment. While doing that, it has not discriminated ethnically between Kurds, Turkmens or Arabs; nor has it treated Muslims, Christians or Yazidis differently on the basis of their religion. It has embraced as many as its means allow and thus the current picture as such has emerged.

Presently, Turkey is hosting 3.6 million Syrians. With the addition of Afghan and Iraqi refugees, this figure is thought to stand around 5 million in total.

President Recep Tayyip Erdoğan frequently states that Turkey has spent $40 billion for the refugees so far, a huge figure as a percentage of the country’s gross national income, and that the process is going on.

In this regard, he has demanded support from Europe and more realistically, the transfer of the 6 billion euros ($6.6 billion) pledged as part of the 2016 deal. Though the European Union has taken some steps in this direction, it has so-far transferred an amount way below the promised figure to the Turkish Red Crescent and the Disaster and Emergency Management Authority (AFAD).

The contribution of the EU regarding Syria should be greater than the meager financial assistance provided to Turkey. Considering the dynamics of a globalized world, Europe is wrong to think that in the face of such a protracted civil war, it can keep the problem at bay by admitting a few refugees or simply giving several thousand euros.

Inevitably Europe will have to take on more responsibility for resolving the crisis, especially with the ongoing attacks on Idlib and the siege of the city by the Assad regime and Russia triggering a new migrant wave.

Hundreds of thousands of people are moving toward the Turkish border. This figure is expected to reach 2 million if the intensity of the attacks increases. Under these circumstances, expecting Turkey to stand alone is not rational. Turkey has already exceeded its capacity. When saying, “We will do our best despite everything, but we cannot shoulder this burden alone. So, we may let refugees leave for Europe,” President Erdoğan is actually calling on Europe to take action regarding the coming storm.

What needs to be done to solve the problem in Syria is to reach common ground among the related parties for a political solution. If a political solution is achieved, the refugee influx will stop, and people will no longer be killed by bombs. Europeans could conduct active diplomacy regarding the issue with both the U.S. and Russia, but it appears they are not willing to do so. It’s normal that Turkey may have no other option but to open the gates when everyone’s worst fears become reality in Idlib.

Nowadays, Turkish security forces routinely stop hundreds of refugees in Edirne or Çanakkale right before crossing the border into Greece, but clearly the efforts will not suffice if the number of irregular migrants increases.

For some reason, however, European politicians cannot or do not want to see this. Meanwhile, the mechanisms designed to help them understand the situation are not properly functioning, either.

Out of those who realize the migrant waves will not remain confined to Turkey, Western journalists are the first on the front lines. They are on the ground. A lot of Western media outlets have representatives in Turkey, and some of them work with freelance journalists. Hence, they are watching the process closely.

Despite that, they continue to base their discourse on content meant to defame Turkey or to drive the Justice and Development Party (AK Party) government into a corner instead of pursuing solution-oriented approaches in reporting. They tend to refrain from making reports that suggest Europeans should pressure superpowers to find a political solution to the problem.

They also take different positions on the issue of a “safe zone,” which Turkey is trying to create through negotiations with the U.S. In the end, the creation of a safe zone means that refugees intending to knock on Europe’s doors will be able to stay in their homes. Erdoğan has stated that the goal is to settle 1 million refugees in the safe zone, which must be used for the benefit of Syrians.

There are many signs that Western journalists take a negative stance toward Turkey’s arguments regarding this issue, instead of displaying a positive approach.

This being the case, the crisis will inevitably spill over into Europe. It will be the simple result of ignoring glaring warnings in favor of certain interests or ideological obsessions. Accordingly, disregarded by European politicians, the reality of Syrian refugees is becoming ever more blatant.

It’s crucial that journalists witnessing the problems and tasked with warning Europeans turn their attention to Turkey’s internal politics rather than elsewhere to present unbiased assessments to the public. In this case, they could contribute to the search for a solution, particularly for a political solution and the creation of a safe zone, by adopting a much more positive approach.

Currently, Western media, which should be working to motivate Europeans through solution-oriented reporting, continues to turn a blind eye to the real issues, just like the bloc’s politicians. As a result, it seems that there is no mechanism exposing Europeans to the truth. Perhaps they do not want to fully face the dire situation. If that’s the case, Turkey should be made aware of their intentions.

Main issues addressed at Ankara summit
Next
Loading...
Loading...
We use cookies to ensure that we give you the best experience on our website. If you continue to use this site we will assume that you are happy with it.Ok