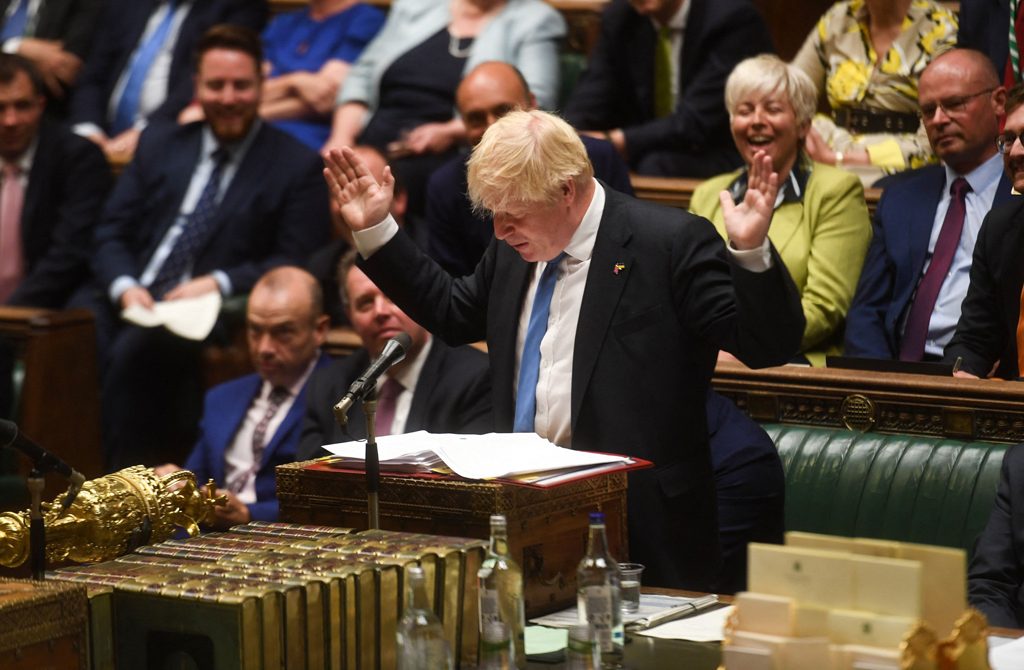 What is next after Boris Johnson?

British Prime Minister Boris Johnson left office on July 7, following the resignation of more than 50 senior government officials. It is quite noteworthy that Johnson, who played an important role in his predecessor Theresa May’s resignation in 2019, was dragged to a worse end. Before evaluating this development, which is important not only for the Conservatives but also for British politics, it is necessary to understand why Johnson resigned and how he got to this point.

First of all, it should be noted that Johnson increased his popularity by running a tight Brexit campaign in the EU referendum in 2016. Then he took office in 2019 with the motto of “Get Brexit Done” after he forced his predecessor May to resign following unsuccessful Brexit negotiations with the EU. As a result of the snap election that took place in the shadow of Brexit in December 2019, the Conservatives led by Johnson showed significant success by removing 365 deputies with 44% of the votes. Subsequently, as he promised Johnson completed the Brexit deal with the EU, ending an important crisis for the U.K. As a result, his position within the party and his populist image in society were strengthened.

The coronavirus pandemic, which started to affect the whole world as of March 2020, has become a difficult test for Johnson and his government. On the one hand, there was heavy public pressure on the government due to the policy known as “herd immunity,” which deliberately allowed large sections of the population to be affected by the pandemic. As a matter of fact, due to this policy (according to Worldometers’ data on July 14, 2022), the U.K. is recorded as the seventh country with the highest loss of life due to the pandemic. Despite all the criticisms of the public, the government insisted on this controversial policy. In connection with this, Johnson’s appearance at the parties and ignoring the quarantine rules caused controversy for the party and society. His admission of what later became known as the Partygate scandal damaged Johnson’s political reputation.

The second factor that led Johnson to resign was the fact that Conservative Deputy Chris Pincher continued his administrative duty in Parliament with the support of the prime minister despite accusations of harassment against him many times. The fact that Johnson supported Pincher instead of dismissing him led to comments that the party had moved away from moral values. More strikingly, in a statement just before he resigned Johnson made another apology, admitting that he received similar claims about Pincher three years ago.

In the shadow of the Pincher scandal, Johnson won the confidence vote held in the Conservative Party Group on June 6, but the reactions in the cabinet did not end. Finance Minister Rishi Sunak and Health Minister Sajid Javid stepped up the pressure on Johnson by resigning with messages stating that they no longer trust the prime minister. As a matter of fact, the resignation of more than 50 government officials forced Johnson to resign. Thus, the Johnson era, which started in the shadow of Brexit chaos in the country, came to an end due to the subsequent scandals and the loss of control within the Cabinet.

With this expected end for Johnson, the Conservative Party changed its third leadership since 2016. If the instability in the Conservative Party, as one of the two mass parties that shape the country’s politics, is not stopped and the party management cannot agree on a rational candidate, the Conservatives may lose power in the general elections to be held in January 2025. As a matter of fact, in the local elections held in England, Wales and Scotland in May of this year, the Conservatives’ loss of 12 municipalities and 485 city councilors they previously held can be seen as an important message given to the party by the voters. In this respect, it is important that the new leader who will replace Johnson needs to have a strong and non-populist profile.

When a new leader will be appointed is unclear, Johnson’s resignation is also important in terms of showing that the instability in British domestic politics that has been going on since 2016 will continue for a while. If this abnormal trend does not come to an end in the country that has changed three prime ministers and has held two early general elections in the last six years, the U.K. may continue to grapple with its domestic problems for a long time. This may force the country to adopt a passive stance in foreign policy. Moreover, like many other countries, the U.K. has been going through a heavy inflation test. For this reason, if a new and strong government is not formed as soon as possible, the economic problems in the country may become more complex.

The 2021-2022 “De-Escalation Moment” in the Middle East: A Net Assessment
Next
Loading...
Loading...
We use cookies to ensure that we give you the best experience on our website. If you continue to use this site we will assume that you are happy with it.Ok