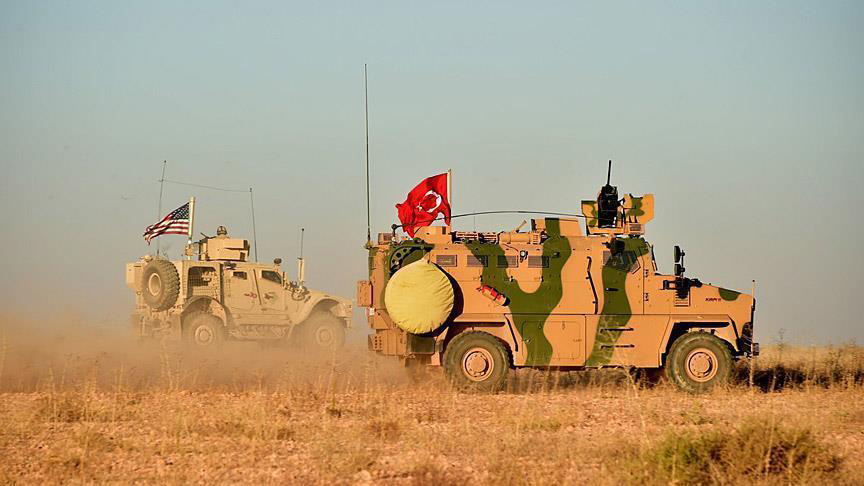 US gains nothing destroying its partnership with Turkey

Last week, anti-Turkey activism in Washington reached new heights. For the last one month, the campaign against Turkey deteriorated the ties between the two countries at the public level. In addition to setting a tone against Turkey in the U.S., it also generated a serious reaction from the Turkish public against the U.S.

Last week, anti-Turkey activism in Washington reached new heights. For the last one month, the campaign against Turkey deteriorated the ties between the two countries at the public level. In addition to setting a tone against Turkey in the U.S., it also generated a serious reaction from the Turkish public against the U.S.

In a period in which the two countries need to take some confidence building measures, this anti-Turkey stand in the U.S. further harmed the ties between the two nations. The recent two resolutions that were approved by the U.S. Congress against Turkey to “punish” it for its anti-terror operation in northern Syria became the latest step of this rather un-friendly attitude toward Turkey in Washington.

Nowadays, there are so many different opinions in Washington on how to further deteriorate ties with Turkey. Those opinions include finding ways to expel Turkey from NATO, which is not technically possible, to sanction all of the political and military leaders in Turkey and to introduce and pass all of the resolutions against Turkey.

While many in Washington have been critical of U.S. President Donald Trump because of his disregard to U.S. allies and alliance relations, for the first time, they have turned into harsh critics of Trump for trying to reach a deal with a NATO ally. So there are in fact different questions that need to be asked for the people who want to end the partnership with Turkey. And so far, it seems, nobody has asked these relevant questions.

Question number one is, what will the U.S. gain by destroying its relations with Turkey? There are things that the U.S. will lose by stopping cooperation with Turkey in some key areas. Several decades ago, when the U.S. adopted an arms embargo against Turkey, in a very short period of time, it became clear that this embargo did not serve U.S. national interests.

The shutting down of the U.S. bases in Turkey and the rise of the anti-Americanism did not bring any good to U.S. foreign policy. Now in the midst of regional turmoil in the Middle East and multiple different uncertainties in Eurasia, it is important to ask what the U.S. will earn from a serious disengagement with Turkey.

Question number two is, what do they think the U.S. should do in the long run by following the same policy? Supporting the PKK terrorist group’s affiliate People’s Protection Units (YPG) in northern Syria and arming and equipping them was a tactic without an exit plan. There was no planning on how to control, contain and continue relations with the YPG following the end of the territorial control of Daesh. Now, in the midst of this crisis those who are against President Trump’s policy do not provide any strategy on how to sustain this “status quo.”

What is the end goal of continuous support for the YPG? Is it an establishment of a Marxist-Leninist authoritarian state or statelet in northern Syria, whose armed factions would entail designated terrorists? How would countries in the region be convinced to accept this situation? There is no answer for these questions. In addition there is no explanation on how to handle the relations with Turkey following this continuation of active support of the group on Turkish borders. There are no clear objectives and policy goals and there are no options or alternatives provided by them other than working with the YPG.

During the Barack Obama years, in the absence of strategy, those who were running the operations on the ground started to shape the policy of the U.S. government. Now those who do not want to cooperate with Turkey want to shape U.S. policy. And one more time it has been shortsighted and has failed to respond to any questions for the long-term planning and interest of the U.S.

US seeks to punish Turkey for blocking PKK statelet
Previous