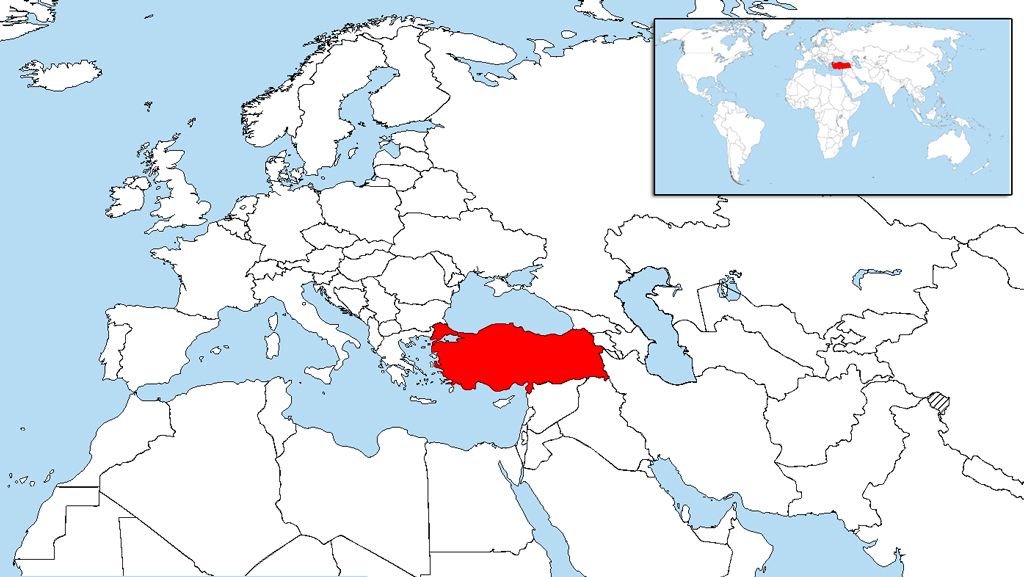 Public scrutiny of foreign policy is the backbone of democracy. Criticism, when firmly rooted in a rational analysis of the balance of power and national interest, can be constructive. However, when critiques resort to populism, however, they become ideological.

Public scrutiny of foreign policy is the backbone of democracy. Criticism, when firmly rooted in a rational analysis of the balance of power and national interest, can be constructive. However, when critiques resort to populism, however, they become ideological. I describe such ideologically-motivated counter-narratives, which ignore the moving tides of the international arena and serve to snip at all attempts at activism in the bud, as based upon little more than an urban legend. Many opposition figures conveniently ignore the skill with which Turkey’s political leadership are able to adapt to changing realities, making proposals that are either romantic and detached from reality, or prone to distorting the government’s pragmatic approach to foreign policy. What lies at the heart of this resistance, however, lies the goal of limiting Turkey’s influence overseas.

Never in the 17 years of the Justice and Development Party (AK Party) rule has there been a shortage of urban myths about its foreign policy. Before then prime minister Recep Tayyip Erdoğan’s walked off the stage at the 2009 World Economic Forum in Davos, Switzerland, there were two very popular views about the government’s foreign policy. Some believed that Erdoğan was a “pro-American” politician who was tasked with implementing the “Greater Middle East Project.” Still, others claimed that the AK Party was dismantling Kemalism in cahoots with the West. Given Erdoğan’s current critics often describe him as anti-Western and neo-Kemalist, it should go without saying that these accusations proved completely baseless.

In the wake of Erdoğan’s “one-minute” moment and his government’s response to Israel’s deadly attack on Turkish citizens aboard the Mavi Marmara in 2010, a fresh set of urban legends hit the shelves – mainly revolving around the assessment that Turkey was “drifting away” from the West and adopting an Islamist foreign policy. In the immediate aftermath of the Arab Spring, that accusation gave way to a naïve view of the “Turkish model.” From 2013 onwards, however, critics turned to an amalgamation of allegations over authoritarianism, dictatorship, Islamism, neo-Ottomanism, an axis shift and Turkey’s drift away from the West.

On this last note, Erdoğan’s ability to repair Turkey’s relationship with Russia after the 2015 crisis and to cooperate with Moscow in the Syrian theater, led to the additional charge of “joining the ranks of Russia and Iran.” Again, his resistance to the foreign-fueled domestic turmoil that struck the country from 2013 onwards and Turkey’s commitment to protecting its own interests after the July 15, 2016 coup attempt were promptly met with the fresh charges of “combativeness” and “isolationism.”

For the last six or seven years, Turkey has been trying to promulgate a foreign policy that responds to the various bouts of turbulence felt across the region and the world in a way that puts its national interests first. Pragmatism and adaptability to the changing balance of power are the main pillars of that new policy. Frankly, labels like pro-American, pro-Russian, pro-Iran or pro-Muslim Brotherhood do not factor into the decision-making process in Ankara. The Turks’ sole axis is their national interest and their sole ideology is to protect it – if possible, with an eye on humanitarian principles and relief efforts.

When Western governments respond positively to Turkish offers of cooperation, Ankara more than keeps its end of the bargain. The United States and the Europeans, however, either leave the Turks alone or actively work against their interests in certain areas – the Syrian conflict, the situation in Idlib, efforts to combat the YPG, the PKK terrorist organization’s Syrian component, and the refugee crisis. Under those circumstances, Turkey explores whatever options it has to protect its vital interests. As a last resort, it resorts to hard power and risks heightened tensions with its adversaries. The Turkish commitment to cooperating with relevant actors on the ground, including Russia, led to the destruction of the “terror corridor” in northern Syria. Ankara’s latest moves in the Eastern Mediterranean and Libya, too, were key outcomes of that approach.

Critics were quick to dismiss Turkey’s cross-border operations against Daesh and YPG terrorists as “neo-Ottomanism.” There has been an uptick in ideologically-charged accusations against Turkey in recent months, as the country took matters in its own hands in the Eastern Mediterranean and Libya. Today, there is plenty of talk about Turkey’s so-called “Islamist,” neo-Ottomanist, pro-Muslim Brotherhood expansionism. Sadly enough, the main opposition Republican People’s Party (CHP) swiftly jumped on that bandwagon. Indeed, such arguments are manufactured by Turkey’s adversaries who are unhappy with the country leveraging its military might on the battlefield and at the negotiating table. Under Donald Trump’s terms, everyone understands that there can be no impact without hard power. The people who desperately ignore that reality happen to be the domestic and foreign producers of urban legends about Turkey’s foreign policy today.

Their latest argument is that Turkey ought to avoid getting squeezed between the United States and Russia and instead play a multilateral game together with Italy, Spain and other European countries. It would seem that the advocates of this view have been living under a rock and are unaware of Ankara’s earlier attempts to cooperate with the Europeans. Let us recall that the European Union turned a blind eye to Turkey’s vital interests in Syria and the Eastern Mediterranean. Erdoğan’s joint initiative with Russian President Vladimir Putin in Libya struck fear into the hearts of European leaders, who realized that they could be sidelined in the Med.

Suffering from a very serious crisis of leadership, the European Union is finally feeling the sting of its long-standing political waywardness. Here’s what Josep Borrell, the Union’s top diplomat, had to say about that: “Since we, Europeans, do not want to participate in a military solution, we barricade ourselves into the belief that there is no military solution. In Syria, it has been a military solution brought by the Turks and the Russians. This has changed the equilibrium in the eastern part of the Mediterranean.

With the balance of power changing, the European Union turns to Turkey in an attempt to play a more active role at the negotiating table for Libya. Still, the Europeans face an uphill battle due to Greece’s maximalist demands in the Eastern Mediterranean.

Turkey alters balance of power in Libya crisis
Next
Loading...
Loading...
We use cookies to ensure that we give you the best experience on our website. If you continue to use this site we will assume that you are happy with it.Ok