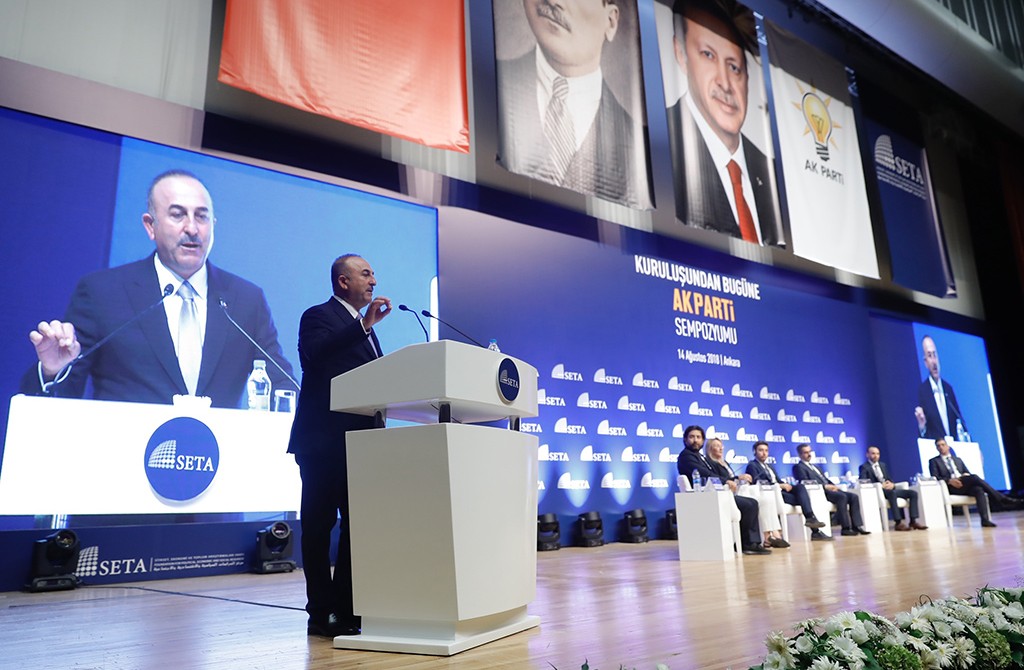 Turkey has fixed its foreign policy on new axis over past 16 years under AK Party's rule: Foreign Minister Mevlut Cavusoglu

Cavusoglu said the Turkish foreign policy is based on an enterprising and humanitarian philosophy.

It reflects the humanitarian and conscientious characteristics of local people, he added.

“Today, the foreign policy of AK Party is domestic and national, as well as it is global,” he said.

He also underscored that a foreign policy devoid of a humanitarian sense is doomed to be temporary and disrespected.

Speaking at the session titled “Different Perspectives to AK Party’s Foreign Policy”, Portugal’s former EU Minister Bruno Macaes said the ruling AK Party government had two goals in the beginning, describing the first as “compatible” and the second as “difficult”.

Macaes said the first was “modernization” of Turkey and noted that the country had accomplished this goal “successfully”.

However, he said the second goal of “self-assertion”, which was “more complicated” aimed to turn turned Turkey into a powerful force in the world.

Another participant at the symposium, Princeton University’s Michael Reynolds highlighted the significance of Turkey, U.S. relations despite the recent tensions between the two states.

Reynolds said “both countries drive tremendous benefit” from each other’s cooperation and added that “Turkey is an irreplaceable partner for the U.S.”