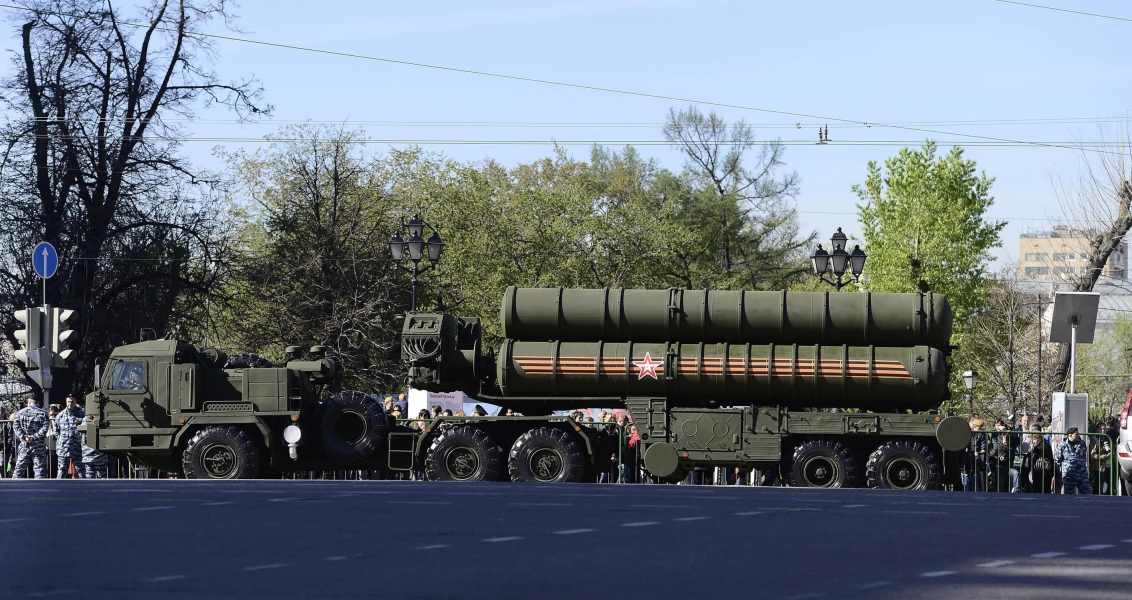 Turkey's S-400 deal with Russia is not being considered at the level of technicality and politics in Western media but through an ideological framework.

The extremely optimistic rhetoric of globalization that was constantly mentioned at the beginning of the 1990s has no bearing today. The world is no longer a village. Perhaps it never was. But in the years following the end of the Cold War, politicians, businessmen, social scientists and members of the media preferred to believe this. Today, most likely only businessmen miss this rhetoric and wish to return to the world where that rhetoric reigned supreme. But the world we live in is one that has become extremely fragmented and a pitiless one as well where there is a serious struggle for survival between each of the fragments.

In this merciless world, the most important issue for the government is construction of a functioning security policy. An indispensable part of this security policy is to have a strong defense system. In this way, the military technology a country has is not just a technical issue, but also a political opportunity at the same time.

Turkey is engaged in a serious struggle for survival in this harsh and cruel global and regional environment of conflict. Since 2013, Turkey has been faced with a war of attrition. The Turkish population and management elite have borne close witness to this war of attrition, which has continued unabated for nearly five years.

The year 2015 was especially important since it was a critical turning point for Turkey. While on one hand Turkey experienced a crisis of government during 2015, on the other hand Daesh and the PKK carried out major terror attacks. During this period, Turkey not only had to pay the high cost of terrorism, but it was also faced with the debilitating effect of Western governments trying to delegitimize Turkey’s struggle against terrorism. While spreading the fabrication that Turkey supported Daesh, the West has also preferred to describe PKK terrorists as Kurdish freedom fighters. The intensification of the Syria crisis and taking on a state of almost becoming Turkey’s domestic problem also occurred in the same year. In the days when Turkey needed the support of its Western allies the most, these Western allies decided to pull back their patriot missiles in Turkey. This not only signified the loss of an air defense system for Turkey, but also meant the symbolic disregard of Turkey as a true ally. This attitude caused an important fracture. Today, Turkey buying the S-400 missiles from Russia is the direct result of this process.

Since the war of attrition Turkey has had to face since 2013, it has expended great effort to nationalize its defense industry. In this way, while building its air defense system, Turkey aims not just to protect its land but also gives importance to transfer that air defense technology.

The agreement between Russia and Turkey not only meets Turkey’s air defense system needs, it also presents the opportunity to conduct technology transfer. Therefore, in the agreement between the two countries, there is the 50 percent joint production requirement.

Unfortunately, Turkey’s S-400 deal with Russia is not being considered at the level of technicality and politics in Western media but through an ideological framework. There is mention of Turkey having broken off from the West and that Turkey is experiencing a shift in foreign policy. Those who mention this thesis are those who think Turkey has an ideological connection with the West, or dependency, and even more that Turkey should have such a relationship. But this is wrong.

We no longer live in the world of the Cold War. Turkey does not have to make a choice between two blocs. Additionally, this argument being conducted over weapons procurement makes no sense. In truth, French Foreign Ministry spokeswoman Agnes Romatet-Espagne gave the truest statement about this: “Turkey’s purchase of S-400 missile defense system from Russia is an independent choice and not something NATO countries can comment on.”

The Significance of Recent Negotiations for the Gulf Crisis
Next
Loading...
Loading...
We use cookies to ensure that we give you the best experience on our website. If you continue to use this site we will assume that you are happy with it.Ok