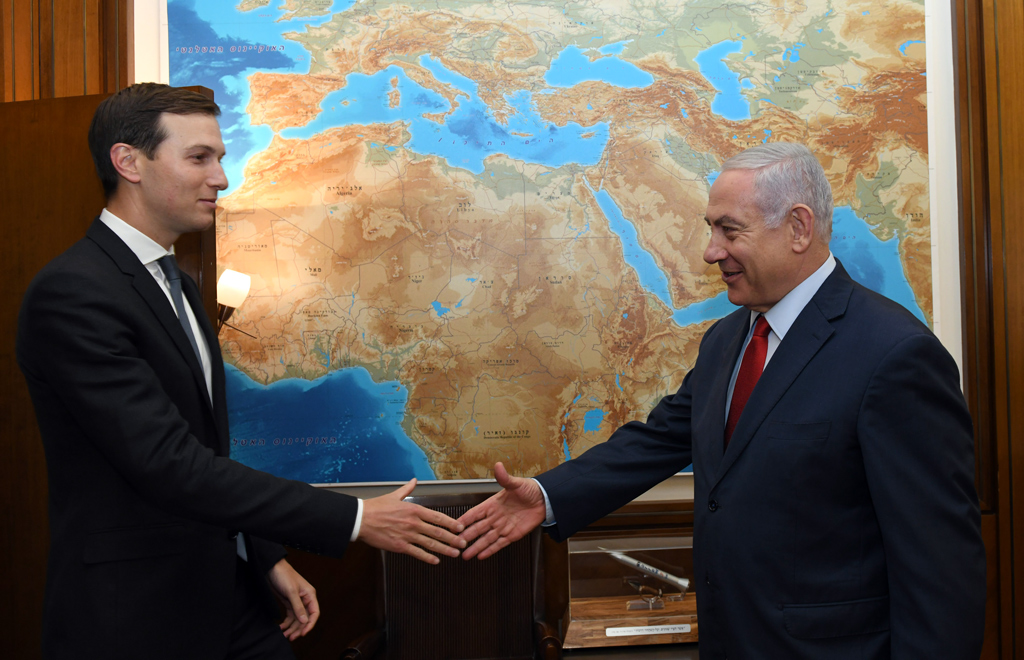 In our conflict resolution classes, we emphasize certain fundamental principles and norms. One such principle is that in protracted conflicts like the Palestinian-Israeli conflict, it would be impossible to reach a sustainable solution if a key human need of the conflicting party is ignored.

In our conflict resolution classes, we emphasize certain fundamental principles and norms. One such principle is that in protracted conflicts like the Palestinian-Israeli conflict, it would be impossible to reach a sustainable solution if a key human need of the conflicting party is ignored.

It is crucial to include the key stakeholders while formulating a peace deal if we want the agreement to be real and to bring peace and stability. It is also important to create conditions that would allow the preservation of human rights and the human dignity of the parties of the conflict.

If these principles are not taken into account, the outcome will only result in different forms of violence. Unfortunately, all the fundamental principles of conflict resolution are denied deliberately in the new plan that was prepared by Donald Trump’s son-in-law Jared Kushner and his team. The plan is portrayed as the “Deal of the Century” that would resolve the Palestinian-Israeli conflict.

The Palestinians did not participate in the formulation of the plan, and it violates almost all the humanitarian norms and principles of fair conflict resolution. The unjust and one-sided nature of the plan may provoke further controversy and may only strengthen the hardliners on both sides who do not believe in the negotiated solution to the Palestinian-Israeli conflict.

The plan titled “Peace to Prosperity: A Vision to Improve the Lives of the Palestinian and Israeli People,” presented by U.S. President Trump together with Israeli Prime Minister Benjamin Netanyahu in Washington, failed to fulfill any expectation of the Palestinians. The 181-page plan extends the illegal Israeli occupation of Palestinian territories further and approves the annexation of the occupied territories in the West Bank under Israeli administration.

The Trump plan also gives immediate approval to Israeli annexation of the Jordan Valley and denies Palestinians the right to return or to appeal to any international court. The plan seeks to legalize the illegal Israeli occupation of Palestine. It also does not ensure any of the legal protection under international agreements to the Palestinian population.

The Trump plan may be the “deal of the century” for Israelis but not for Palestinians. The plan completely disregards the internationally recognized idea of a two-state solution that has the potential to bring a fair and sustainable resolution to the Palestinian-Israel conflict.

The Trump plan has consequences not only for Palestinians but also for the entire international community. The plan gives the unified Jerusalem to Israel and allows a small territory in East Jerusalem to be the capital of the future Palestinian State. There is the idea of a Palestinian State in the plan, but in practice, the plan denies the existence of a functioning Palestinian statehood.

The holy city of Jerusalem has significant value for the Abrahamic religions and many resist the idea of Israel’s unilateral sovereignty and Jewish control of all of Jerusalem. In addition to Muslim pushback, the plan also faces resistance from Orthodox and Catholic Christians.

The Trump plan poses a threat to Palestinian identity, the multi-cultural and multi-religious status of the holy city of Jerusalem and the right of return of Palestinian refugees. The plan proposes to resolve the Palestinian-Israeli conflict according to Israeli demands and interests and in return offers some ambiguous financial compensation and prospects of economic opportunities for the Palestinian population.

Some job opportunities may be created for Palestinians but only if they accept their low status in the new apartheid system. The identity and dignity of Palestinians are completely denied, and yet they are expected to accept this structural injustice in return for some uncertain economic opportunities. Their political agency will be controlled and they will also lose their right to appeal to international human rights organizations.

It seems that the project will be financed by the rich Gulf states – the United Arab Emirates, Saudi Arabia and Bahrain – and partially by the U.S. Israel will not have to bear the financial burden of the plan.

The Trump plan also proposes that Arab citizens of Israel be relocated to future Palestinian enclaves. The disconnected territories and enclaves in the West Bank will partially be occupied by Arab Muslim citizens of Israel. The Israeli side will benefit from the cheap labor of the Palestinians without providing them any legal protection.

Unfortunately, the Trump plan is one of the absurdest and unfairest plans ever that will create a new apartheid system. There is no support for this system with the exception of a few minor actors and the world’s superpower.

It is now the responsibility of reasonable international actors to resist the plan and pressure the main actors toward a real and fair peace process that would bring a sustainable solution to the Palestinian-Israeli conflict. Insistence on the Trump plan will only strengthen the idea of violating international norms and will promote extremism.

The Fall of Maarrat al-Numan to Syrian Regime Forces
Previous

'Deal of the Century': More than a failure
Next
Loading...
Loading...
We use cookies to ensure that we give you the best experience on our website. If you continue to use this site we will assume that you are happy with it.Ok