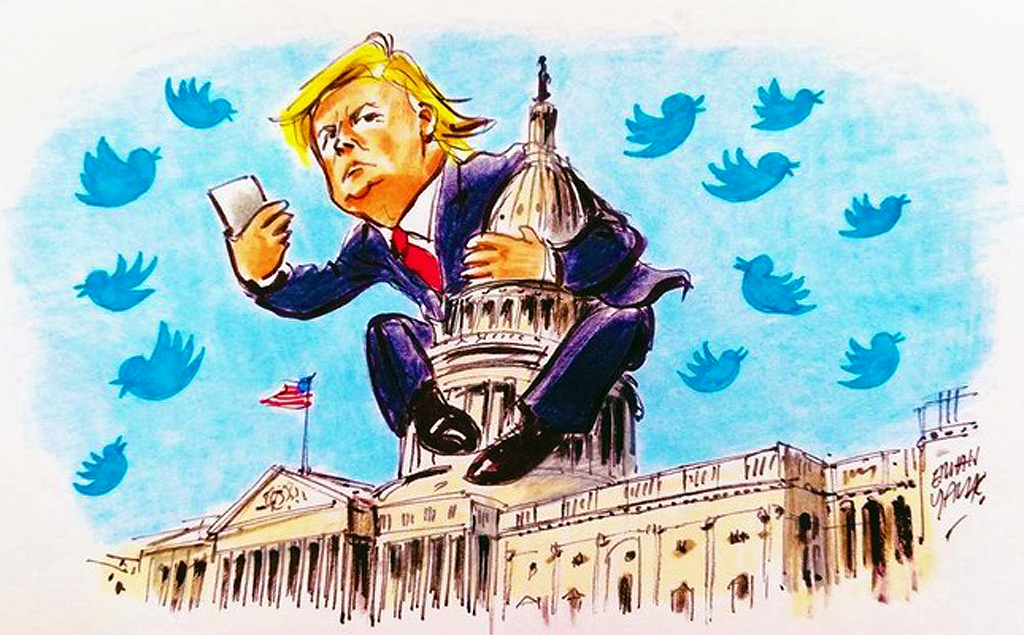 Trump is impeached, but not gone!

Discussions over President Donald Trump’s impeachment started as soon as he walked into the Oval Office in 2017. There were several reasons but the most important was the possibility that Russia may have interfered in the 2016 Presidential elections helping Trump to become the 45th U.S. president.

Discussions over President Donald Trump’s impeachment started as soon as he walked into the Oval Office in 2017. There were several reasons but the most important was the possibility that Russia may have interfered in the 2016 Presidential elections helping Trump to become the 45th U.S. president.

The call for impeachment grew louder after the Democrats won a majority in the House of Representatives in November 2018. Yet, it took approximately a year until the Democrats finally decided to start the impeachment procedure. Unlike the expectations, Democrats did not take on any of the previous problematic cases that Trump was involved in. Considering Trump’s position in the forthcoming elections, they narrowed down the articles of impeachment narrowly and focused mainly on the Ukraine scheme.

In September 2019 a whistleblower provided information on a now-infamous phone call between Trump and Ukrainian President Volodymyr Zelensky that took place on July 25. The whistleblower claimed Trump was pressuring his Ukrainian counterpart to investigate the former vice president and current Democrat candidate Joe Biden. As a result, Trump is accused of using the power of his Office to solicit the interference from a foreign country in the 2020 elections.

In light of this, Trump’s rivals not only argue that Trump has acted in an incompatible way with the rule of law, but they also consider him a threat to national security and the American constitution.

On Sept. 24, 2019, house speaker Nancy Pelosi launched a formal impeachment inquiry and Trump’s impeachment process officially began. On Dec.18 the House of Representatives, in a historic vote, impeached Trump with a majority of votes on two articles: Abuse of power and obstruction of Congress. It is important to note that all House Republicans were against the impeachment. They all defended Trump and accused the Democrats of fearing their strength, their unity and their president.

After today, Trump will not just be considered the most controversial president in U.S. history, he will also be remembered as the third president to be impeached. As many scholars have contended, Ukraine will be Trump’s Watergate, it will be his Monica Lewinsky.

Until today only two presidents were impeached and one president, Richard Nixon, resigned before the impeachment process started. Andrew Johnson was impeached in 1868 for “high crimes and misdemeanors” and Bill Clinton in 1998 for lying under oath about his relationship with White House intern Monica Lewinsky.

However, both of them were acquitted from the Senate and completed their terms in office. A similar fate is expected for Trump as well. It seems like the Republicans who have the majority in the Senate will not support Trump’s impeachment and as such Trump will be acquitted and continue to stay in office at least until January 2021.

Trump’s impeachment will be a landmark in American history. One important aspect of this process, unlike in other impeachments, was the fact that Trump never apologized but he was defiant throughout the whole process, calling the impeachment a hoax that “is just a continuation of the Witch Hunt which has been going on for three years.”

Trump even sent a six-page letter to House Speaker Nancy Pelosi in the eve of impeachment. The letter was filled with fury and is just a symbol that this impeachment will not stop Trump, he will seek revenge after this. Most likely in the following days, we will see Trump victimizing his position and it would not be a surprise if he turns the weight of the impeachment against his rivals.

Similarly, the Republicans argued that Trump did nothing wrong so they strongly opposed the impeachment. When in the same position, Bill Clinton was apologetic and the Democrats had accepted that he did something wrong but according to them it was not a valid reason for impeachment.

“What is next?” is the question that everybody wonders after the impeachment. With a majority in the Senate, it would be unlikely to remove Trump from office and the Democrats are well aware of this. Yet, they are confident that this impeachment will greatly affect Trump’s political prospect for the next presidential elections.

Similarly, when looking back at history, the political party of an impeached president did not win the next election. In some way, the Democrats are trying to prepare their way to the Oval Office. However, we all know now that when it comes to Trump the normal becomes abnormal and the past does not prove very useful to predict the future. When we look at the polls for the 2020 presidential candidates, Trump seems to be ahead of most of his Democratic rivals and the impeachment did not affect him. If this continues in the following months, it can be said that the whole euphoria of the impeachment process has been for nothing and it may even backfire on the Democrats.

World politics witness a shift in interest
Next
Loading...
Loading...
We use cookies to ensure that we give you the best experience on our website. If you continue to use this site we will assume that you are happy with it.Ok