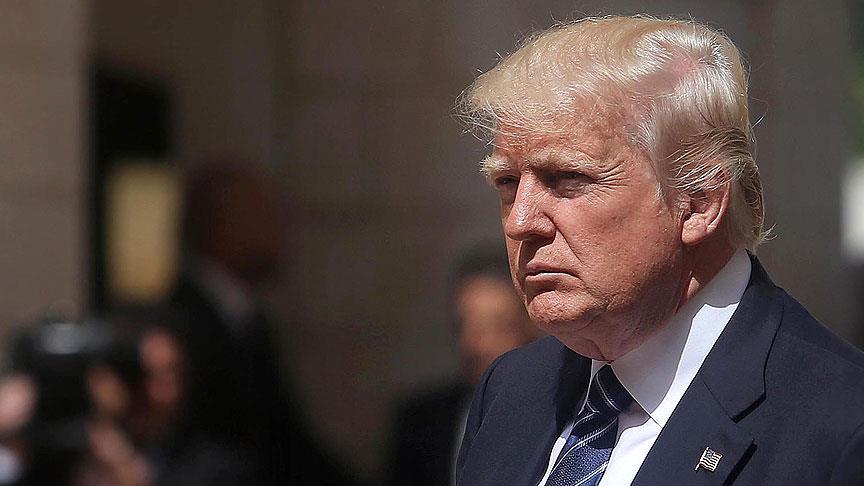 Trump drives US into corner with Jerusalem decision

In its ending declaration, Trump's decision on Jerusalem was harshly condemned and a call was made for the U.S. to take a step back and if it didn't, it would be responsible for everything that will occur next. Another striking emphasis about the U.S. was the statements from OIC states that the U.S. should step away from its role in the peace process.

The Organisation of Islamic Cooperation (OIC) held one of its most critical meetings in Istanbul on Wednesday. Following President Recep Tayyip Erdoğan’s call to gather, the OIC had a single item on the agenda – to counter U.S. President Donald Trump’s decision to recognize Jerusalem as Israel’s capital and to move the U.S. Embassy from Tel Aviv to the city.

The summit gathered in an extraordinary session exactly a week after this decision was made. More important than anything else, OIC members could gather and stand with Palestine in such a short period of time despite the disorder and tension that plagues the Islamic world. Undoubtedly the most significant result of the summit was OIC countries declaring that “east Jerusalem is Palestine’s capital.” The OIC called on all countries to recognize east Jerusalem as the capital of Palestine.

In its ending declaration, Trump’s decision on Jerusalem was harshly condemned and a call was made for the U.S. to take a step back and if it didn’t, it would be responsible for everything that will occur next. Another striking emphasis about the U.S. was the statements from OIC states that the U.S. should step away from its role in the peace process.

Another important factor from the ending declaration was the call on the United Nations Security Council (UNSC). OIC members clearly stated that if the UNSC does not step up, they are ready to take this massive violation to the U.N. General Assembly. In an ensuing press conference with Palestinian President Mahmoud Abbas, President Erdoğan said, “We expect the U.S. to retreat from this wrong decision soon.”

Undoubtedly, this is an optimistic expectation, and I hope that it will be met. Unfortunately, due to domestic worries, it is highly unlikely that Trump will turn back from his decision.

This situation will end up causing a rise in anti-Americanism in both the Islamic world and Europe. American elites might now only care about security issues and disregard rising anti-Americanism. However, the transformation of this anti-Americanism into radicalism, terrorism and security threats is not far-fetched. While Trump’s Jerusalem decision is a threat to regional countries, Israel foremost among them, the U.S. will also be affected by rising radicalism unless something is done to counter it.

Some political elites in the U.S. might see this situation as a moment to consolidate their powers. The American public, however, must see that Trump’s Jerusalem decision is going to harm them in the long run.

Trump announced the decision in order to make people forget about the domestic attacks on him and to have some breathing room by garnering the Israeli lobby’s support. Another reason that easily pushed Trump into this decision was the environment of cleavage and tension in the Islamic world. The tension between Iran and Saudi Arabia is the development that Trump invested in the most and trusted at this point. Another of Trump’s guarantees is his perception that Saudi Arabia, the United Arab Emirates and Egypt would not in act against his wishes recently.

The new U.S. administration took this step out of base political interest and thought it would be able to realize a decision it made with a cost. But the greatest obstruction in front of this is Israel. The Israeli government sees this decision as a great gain, and just as after every win, has become aggressive. Israel once again became the other of the Islamic world after 2010. What is more, Palestine, forgotten during the Arab Spring, has been remembered by the Islamic states again.

In this environment, it is highly difficult for the U.S. to bring Saudi Arabia, and especially Egypt, to heel in terms of openly supporting this decision. If Saudi Arabia or another country stands with the U.S. and Israel, it will mean the beginning of uncontrollable political instability in their own countries.

The U.S. began the process of bringing down administrations through velvet revolutions and street riots. However, as seen with Turkey following the attempted coup on July 15 last year and the people taking to the streets on their own initiative, it is possible for developments to occur that are against the U.S.’s wishes.

Jerusalem move is Trump's gift horse to Putin
Next
Loading...
Loading...
We use cookies to ensure that we give you the best experience on our website. If you continue to use this site we will assume that you are happy with it.Ok