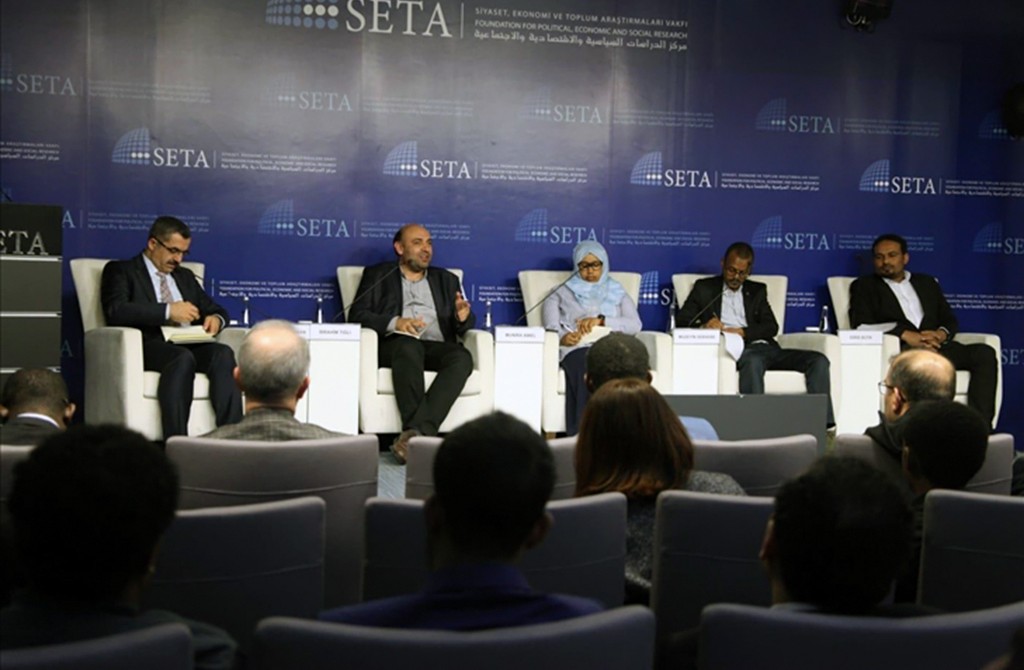 Turkey should try to increase its engagements with Ethiopia, devise regionwide policy towards Horn of Africa, says expert

The panel on “Reform in Ethiopia and Turkey-Ethiopia Relations”, organized by Turkish think-tank the Foundation for Political, Economic and Social Research (SETA) and the Horn of Africa Strategic Studies Center (HASS), hailed the historical ties between the two countries.

Muhittin Ataman, director of foreign policy research at SETA, noted that Ethiopia is related to Turkey in many ways, including their ancient history, culture and people to people friendship. He said Ethiopia is a strategic ally of Turkey and applauded the country’s ongoing reform efforts.

“Addis Ababa clearly presented Ankara as one of its few strategic partners in its foreign policy document that was promulgated in 2002,” he said.

Sebsebe also recommended that Turkey continue to show its solidarity with Ethiopia and the Ethiopian people by providing assistance to the ongoing reform.

“It’s an opportune time for many foreign policy partners of Ethiopia, including Turkey, to support the promising economic and political reforms of Ethiopia,” he added.

Ibrahim Tigli, an Anadolu Agency journalist, described his three-year stay in Ethiopia as an incredible journey and said he had never felt like a stranger in the East African nation due to the cultural similarities and people’s positive perception of Turkey.

“We need to keep the philanthropist works of Turkey in Africa and Ethiopia impartial of ethnicity and religion, as it always has been,” he noted.

Tigli also said he is hopeful that the Ethiopian government will transfer schools linked to the Fetullah Terrorist Organization (FETO) to the Maarif Foundation, which was established by the Turkish government in 2016 to assume the administration of overseas schools linked to FETO.

FETO and its U.S.-based leader Fetullah Gulen orchestrated the defeated coup of July 15, 2016 in Turkey, which left 251 people martyred and nearly 2,200 injured.

Idris Yeba Buta, an expert from HASS, noted that Ethiopia is a very strategic country in the Horn of Africa because of its role as an economic engine and stabilizing force.

“Turkey should try to increase its engagements with Ethiopia. It should also devise a regionwide policy towards the Horn of Africa, like the EU, to further enhance its positive role and profile,” he said.

The SETA Foundation for Political, Economic and Social Research is a non-profit research institute dedicated to innovative studies on national, regional and international issues.

SETA provides a forum for an international dialog to bring different views together with international scholarly standards and contributes to the formation of common ground.

The HASS think tank was established in 2016 by Ethiopian students studying in Turkey.

The ugly face of power
Previous

Modern crises in the era of disunity
Next
Loading...
Loading...
We use cookies to ensure that we give you the best experience on our website. If you continue to use this site we will assume that you are happy with it.Ok