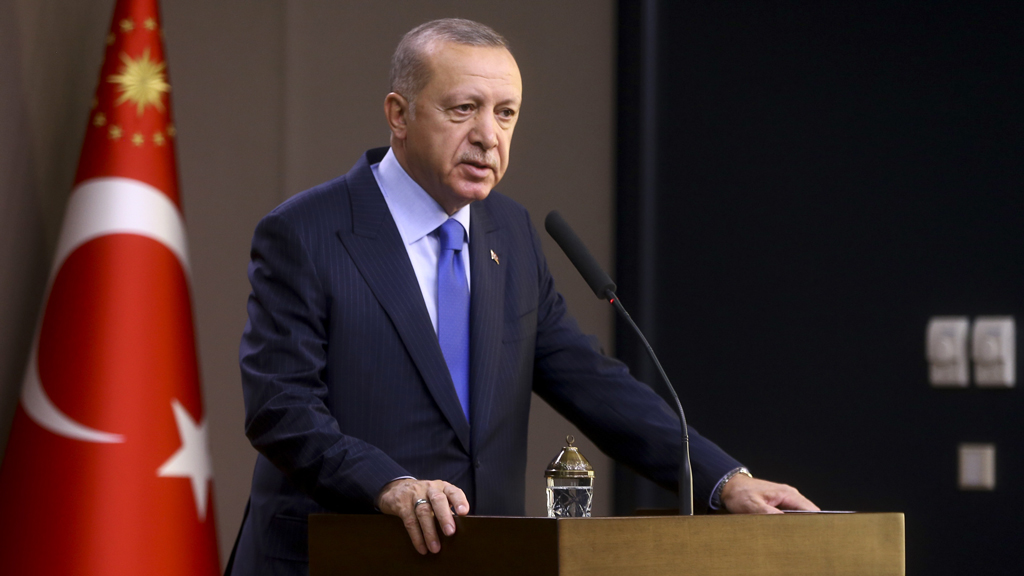 The Kremlin must heed Erdoğan’s warning

By the end of February, Turkey expects Bashar Assad to withdraw to the agreed-upon cease-fire line stipulated in the Sochi agreement. Yet, nothing has come out of diplomatic negotiations between Ankara and Moscow.

By the end of February, Turkey expects Bashar Assad to withdraw to the agreed-upon cease-fire line stipulated in the Sochi agreement. Yet, nothing has come out of diplomatic negotiations between Ankara and Moscow. The two countries view each other’s proposals as unacceptable. To bridge the gap, a meeting between the Turkish and Russian presidents could be key. However, that meeting cannot take place unless Russian President Vladimir Putin lets go of his maximalist demands.

The Turks have been extremely unhappy about Moscow’s faits accomplis in Syria, and Idlib was the hair that broke the camel’s back. There is no option left on the table except coercive diplomacy, as was the case before Operation Peace Spring last year. That is what’s happening on the ground right now. In other words, the responsibility to avoid a hot conflict between Turkish and Russian forces falls primarily on Moscow’s shoulders. After all, there is no room left for Ankara to backtrack in Idlib and the possibility of millions of refugees piling up at the border threatens to destabilize Turkey. To make matters worse, Syrian refugees, currently living in safe zones across northern Syria, are likely to consider leaving if their countrymen in Idlib end up on the move. Finally, the regime offensive would make the eventual repatriation of Syrian refugees in Turkey virtually impossible, leaving the Turks with 6 million to 7 million Syrians within their borders.

Russia must appreciate those very serious risks to stop playing the Idlib card against Turkey. Moscow’s current course threatens to destroy the “strategic ties” that Ankara and Moscow developed in recent years. For the Russians, Idlib may have strategic significance as a link between Damascus, Aleppo and Latakia. Yet, the province means much more to the Turks. For Ankara, Idlib is key to continued Turkish control of the three safe zones in northern Syria and is crucial for facilitating the repatriation of millions of refugees.

Let us also recall that it was Washington’s misguided policy on Syria and the YPG, the terrorist group PKK’s Syrian affiliate, that undermined the strategic partnership between Turkey and the United States. Moscow is now repeating that mistake, albeit within a different context and in a new way.

Putin must understand that Erdoğan, who values his personal relationship with the Russian leader, is determined to conduct a comprehensive military operation in Idlib. Erdoğan told his party’s parliamentary caucus that “the Idlib operation is a matter of time” – as he had said before three Turkish incursions into Syria. Indeed, the Turkish president’s intention was to present the Kremlin with a wake-up call and called on Moscow to recognize Turkey’s vital interests in the region. Dmitry Peskov’s response – that a Turkish incursion would be the “worst-case scenario” – fell short of appreciating the seriousness of the situation. Indeed, the real worst-case scenario would be a rupture in Turkish-Russian relations. Luckily, Russian Foreign Minister Sergei Lavrov stressed the importance of leader-to-leader diplomacy, noting that Moscow wishes to implement all agreements to reach the top level. The week ahead will be of utmost importance.

Although a settlement between Erdoğan and Putin is still a possibility, Turkey shows that it means business on the ground. With Erdoğan’s deadline approaching, Turkish forces are deploying to Idlib. According to sources, over 10,000 soldiers, together with all sorts of military equipment, have assumed their positions for a comprehensive operation.

As a matter of fact, small-scale, tactical operations have already begun. Turkish troops and Syrian opposition groups on Thursday removed Assad’s forces from the town of al-Nayrab and advanced toward Saraqib in northwestern Idlib province. Two Turkish soldiers lost their lives in those clashes.

Ankara’s latest move is intended as a prelude to its comprehensive military operation. It signals Turkey’s commitment to controlling the strategically important M4 and M5 highways. At the same time, the Turks are reminding Assad of Erdoğan’s ultimatum – according to which all regime forces must comply with the Sochi agreement.

The clashes between Turkish troops and the Assad regime have not yet resulted in a direct confrontation between Turks and Russians. Moscow strikes the Syrian opposition as Ankara targets the regime. Before the situation spins out of control, Putin has one last chance to prevent a trainwreck that would inflict irreparable damage to his country’s “strategic ties” with Turkey.

Is Russia a friend or foe in the Middle East?
Previous