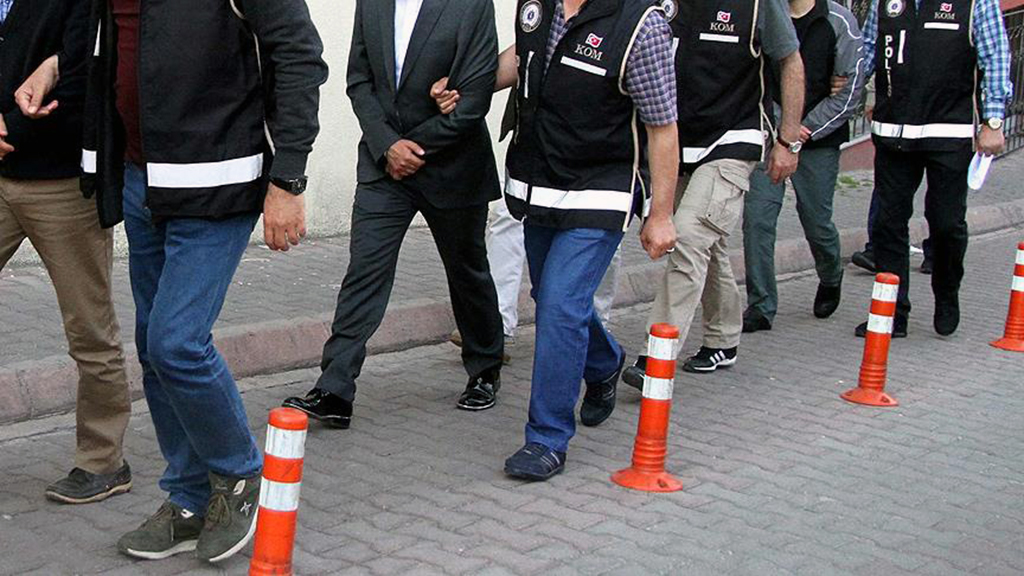 The fifth anniversary of defending Turkish democracy against coups

Around five years ago, Turkey's democratic system and elected government were targeted by a judicial coup attempt.

Around five years ago, Turkey’s democratic system and elected government were targeted by a judicial coup attempt. The heinous attack, which was perpetrated by prosecutors and police members linked to the Gülenist Terror Group (FETÖ) on Dec. 17 and Dec. 25, 2013, was unique when compared to previous coups in the modern history of the country. While Turkish coups were generally carried out by the military tutelage regime, the country, in 2013, faced with a judicial coup jointly organized by FETÖ members in the police and judicial institutions. The FETÖ plot, however, was repelled thanks to the resistance of the Turkish public and political power. Since then, unfortunately, Turkey’s democracy has perpetually faced similar attacks.

It is safe to say that Turkey, indeed, became an open target of FETÖ in 2013 when the Gezi Park Riots started escalating across the country. The violent street uprising, which was falsely covered by Western media and fueled by FETÖ police, was the first signal that the Turkish state would be in big trouble, with groups aiming to harm its interests. It was not hard to predict that Turkey’s democracy would take a huge hit.

However, President Recep Tayyip Erdoğan, winning the presidential election on June 24 this year as the candidate of the People’s Alliance formed between the Justice and Development Party (AK Party) and the Nationalist Movement Party (MHP), has helped prevent further attacks.

During the five-year period between the Gezi protests in 2013 and the presidential vote in 2018, Turkey’s democracy experienced its hardest days because select external circles and their internal cooperators attempted to damage Turkey’s democratic strength; however, despite the plots, Turkey, under the leadership of Erdoğan, overcame the challenges and protected its state and people.

During the unfortunate five-year period, FETÖ, founded by Fetullah Gülen, a self-exiled former preacher living in Pennsylvania in the United States, was the most significant proxy organization in the country. Gülen’s group, until the Dec. 17 and Dec. 25 judicial coup, managed to hide itself behind religious communities, nongovernmental organizations and foundations. Later on, as the group staged its terror acts, the Turkish legal system immediately defined it as the “Parallel State Structure (PDY)” and then as the Gülenist Terror Group. Within these five years, FETÖ did its best to get involved in any plot targeting and harming Turkey and its AK Party government.

The purpose of the coup plotters

To clarify and understand FETÖ’s mindset during its coup attempts, it said that there were six main reasons behind its heinous plans. The group’s first goals, simply and clearly, were to topple the elected AK Party government and to harm democratic values.

Within this scope, Erdoğan, the AK Party’s leader, was an apparent obstacle for the bloody group as he was more than determined to fight all kinds of coups and tutelage in the country.

“They [FETÖ] want to directly target Erdoğan,” said a FETÖ suspect, who was detained following the Dec. 17 and Dec. 25 judicial coup, and revealed the true intent of the group.

Besides the anti-Erdoğan stance, FETÖ had a plan B. In case their first mission in the country, namely the Dec. 17 and Dec. 25 coup, failed, the group would try to design a Turkey without Erdoğan. For that purpose, the terrorist cult kicked off a campaign both in political parties and through media to work on the possibility of forming an AK Party without Erdoğan. Gülen’s men thought and believed that the coup would be the end of Erdoğan – but it wasn’t.

Third, FETÖ expanded its campaign and started targeting any nongovernmental organizations, respected opinion leaders, journalists, columnists and academics who stood against them. FETÖ members, who had infiltrated state and judicial institutions, started opening files against and detaining their opponents with false evidence, including using voice recordings of their private lives or fake names.

By doing so, FETÖ intended to tarnish the image of any person or group that could compete or stand against them. Some people were particularly blacklisted by FETÖ in the infamous case of Selam-Tevhit, an imaginary group created by FETÖ-linked prosecutors and police officers to imprison its critics. This shows us that if the Dec. 17 and Dec. 25 coup attempt wasn’t prevented, FETÖ would have purged anyone opposing itself by using the power of the state.

Since the AK Party came to power, there have been many developments in Turkey, ranging from construction to the defense industry. Many giant projects such as the Marmaray underwater submarine, the Yavuz Sultan Selim Bridge connecting Asia and Europe, Istanbul Airport and the Osman Gazi Bridge were constructed during the era of the AK Party.

In addition, the AK Party boosted the country’s defense industry through manufacturing national and independent military and high-tech equipment and weapons. Knowing Erdoğan’s agenda for the defense industry, FETÖ attempted to stop him and the AK Party to maintain such projects. If FETÖ could gain what it wanted, Turkey, today, wouldn’t be able to manufacture the combat and noncombat drones or to take initiatives on its national helicopter, rifle or tank.

To give an example, in the two major cross-border anti-terror offensives, namely Operation Euphrates Shield and Operation Olive Branch, 70 percent of the military equipment used by the Turkish army was nationally funded. When compared to the past records when the equipment of the Turkish military was 100 percent foreign funded, such a rate is important for the power of the country.

When taking into consideration the international weapon industry, it is not hard to find an answer to why Turkey was attacked by outside players via the FETÖ presence in the country. Hence, the fourth purpose of the Dec. 17 and Dec. 25 coup was to prevent Turkey’s move to develop national-based manufacturing and development initiatives and to take a significant step to strengthen Turkey’s position and role in the international community.

For a couple of years, Turkey has been looking to pursue an independent foreign policy, a highly disturbing development for FETÖ as it is backed and funded by international groups wishing to see a Turkey dependent on outside sources. That’s why, since Turkey could stand firm against the July 15 coup attempt by FETÖ in 2016 and defended its democracy, the country has come under fire by the very group-linked media organs and powers in the world. The July 15 coup attempt was a disappointing night for FETÖ as Turkish people poured into the streets to fight FETÖ’s men in the military.

After the bloody coup, Erdoğan stated many times “from now on, we’ll reveal the traps set up against our country and the whole region,” sending a direct message to those who attempted to occupy Turkey via proxy non-state groups such as FETÖ or others that have appeared following the Syrian civil war. Therefore, the Dec. 17 and Dec. 25 incidences, which can be defined as the harbingers of a bigger plan against Turkey, correlated with regional plots and terror attacks.

If it wasn’t, FETÖ’s ringleader, Fetullah Gülen, who was evidently revealed by the Turkish courts as the perpetrator of all the coups and their subsequent killings in the country, would be extradited to Turkey from the U.S. Why the U.S. government insists on not extraditing a wanted terrorist cult leader and allowing him to live in a luxurious mansion points to the fact that Gülen is not just a cult leader but part of a bigger plan across the entire region.

FETÖ is not just an Erdoğan opponent, but a secretive organization that has been rooted in the Turkish state’s system for years to be hegemon over the whole country through forming an empire of fear. The sixth target, therefore, is the group’s desire to show its power and influence over the country to control Turkish people. For FETÖ, no Turks should feel safe and secure.

Obviously, there are many other factors that played into FETÖ launching such a comprehensive plot in the country; however, these six reasons sum up what FETÖ attempted to do since the Dec. 17 and Dec. 25 coup in 2013.

FETÖ, indeed, laid out its plans in very detailed manner. Its men in the media, legal system, police, military, academy and political arena were ready to seize power in the country, but the group miscalculated the strong resistance and reaction of the Turkish people and the political power of Erdoğan and accordingly failed. The winner, at the end of the day, became Turkey’s democracy.

Why Trump is smarter than his critics
Previous

The genesis of a global illusion
Next
Loading...
Loading...
We use cookies to ensure that we give you the best experience on our website. If you continue to use this site we will assume that you are happy with it.Ok