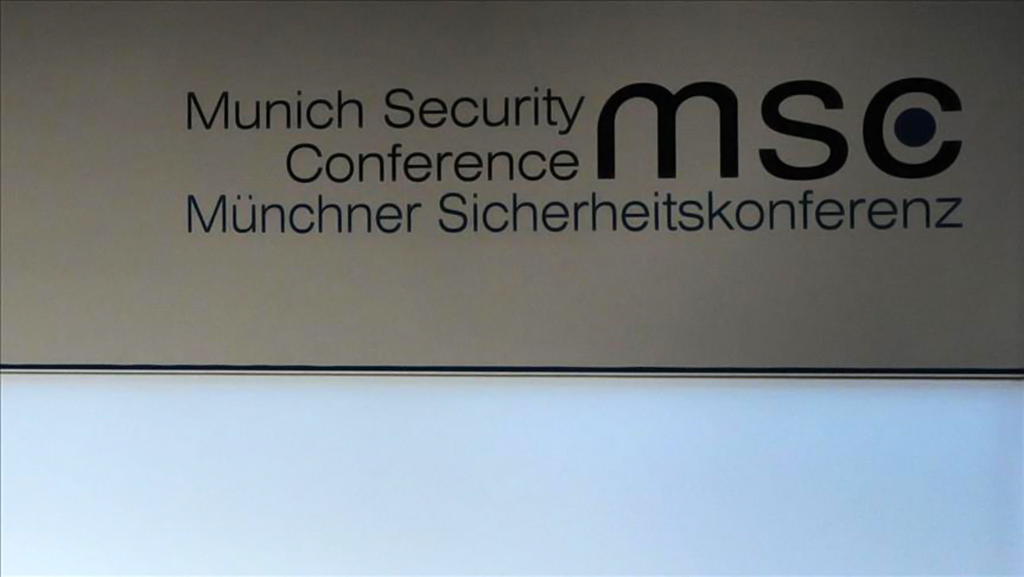 The changing landscape of global security

The Munich Security Conference is an influential platform where global security trends are discussed every year by academics and policymakers.

The Munich Security Conference is an influential platform where global security trends are discussed every year by academics and policymakers.

The Munich Security Report, which makes comprehensive yearly assessments of security challenges and geopolitical trends, is published yearly before the conference. Since uncertainties about global security challenges have increased and competition for global leadership has risen, this year’s conference themes were more pessimistic than in earlier years.

The weakening trans-Atlantic cooperation due to Donald Trump’s lack of interest in Europe’s security challenges, uncertainties related to the Brexit decision and increasing grassroots level social unrest due to economic stagnation and political fragmentation are significant concerns, making Europeans more pessimistic about the future. The rise of China and possible geopolitical transformations related to this development have been a permanent theme of the conference in the last few years.

Between the years 2000 and 2010, the agenda of world security was entirely different and more diverse. Scholars of international relations and security were focusing more on climate change, the establishment of human rights norms and democratization, environmental safety, food security and issues that were out of the domain of the conventional security agenda. These issues continue to threaten global security and generate problems for prosperity of the world. These themes are by no means negligible issues, but more traditional security challenges such as military competition, weakening of the arms control treaties, a return of the arms race, the transformation of military technologies and regional geopolitical competitions have been dominant themes in the last few years. Thus, more conventional security concerns are back on the agenda.

A few months ago, U.S. President Donald Trump decided to declare the U.S. and its coalition partners’ victory against Daesh. This was a deliberate step to change the focus of international security. Terrorism will continue to pose significant threats to global security but the “global war on terror” which dominated the global security agenda for more than a decade after the 9/11 attacks will no more be the predominant security issue.

The “global war on terror” led to the destabilization of many states in the Middle East and North Africa region and devastated Afghanistan. Peace negotiations with the Taliban are also an essential sign of such policy change. Washington wants to reduce the number of conflicts and struggles that distract it from focusing on more significant challenges like China and Russia that will benefit from an existing power vacuum. Washington does not feel the support of its trans-Atlantic allies in its efforts to balance China and Russia.

Trans-Atlantic ties will further be weakened after the implementation of the Brexit decision. Britain is an influential player in security technologies and military power and Britain’s weakening contribution to Europe’s security may constitute challenges to European security architecture. The weakening of the consensus between Europe’s elites and the people will continue to polarize Europe. The rise of right-wing extremism and decline of liberal values which gave coherence to Europe are also increasing the political uncertainties for Europe.

There is also another challenge coming up for Europe. German Chancellor Angela Merkel who was successful in keeping both German politics and the EU more coherent for more than a decade is leaving office. There are no candidates from Europe to accommodate Merkel and whether the new leader of the Christian Democratic Union (CDU) party, Annegret Kramp-Karrenbauer, will be as influential as her predecessor Angela Merkel is not clear.

Within this complicated picture, there may be increased autonomy and more critical roles for the middle powers such as Turkey, Japan, Mexico, Brazil and Indonesia. Those actors may play significant roles to either stabilize or destabilize potential regional tensions. They will be forced to make choices about their geopolitical preferences by the major powers. The middle powers need to be prepared to play the diplomatic game in times of uncertainty. They can hardly determine the conditions of the deals that will be offered by the great powers, but they should be ready to negotiate better deals for their long-term interest.

Reducing their dependency in any critical area is a crucial first step toward maintaining their autonomy. As mentioned in the Munich Security Report, the international order we know is changing rapidly, and adapting to the new paradigm should be the priority of an actor that does not want to be dragged into unwanted directions. Those ongoing transformations constitute challenges for Turkey as well. How Turkey handles its current security challenges may be vital to the route it takes in the near future.

CHP in trouble due to Kılıçdaroğlu's lack of skill
Previous