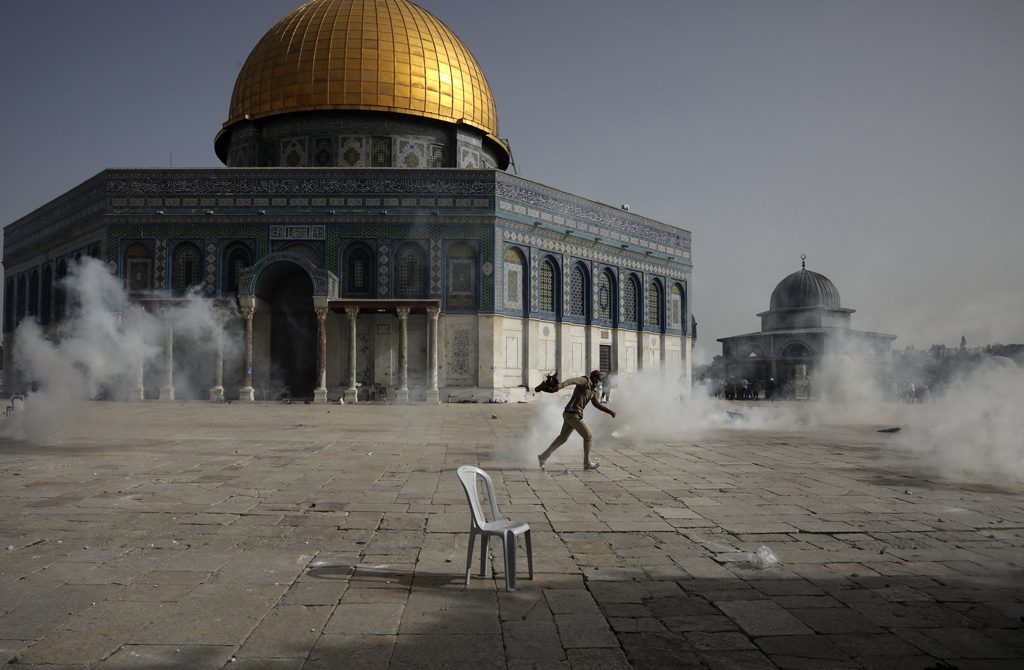 Today, the entire world is witnessing Israeli violations in occupied Palestinian territories as Tel Aviv continues to particularly target peaceful worshipers in the Al-Aqsa Mosque during the holy month of Ramadan. 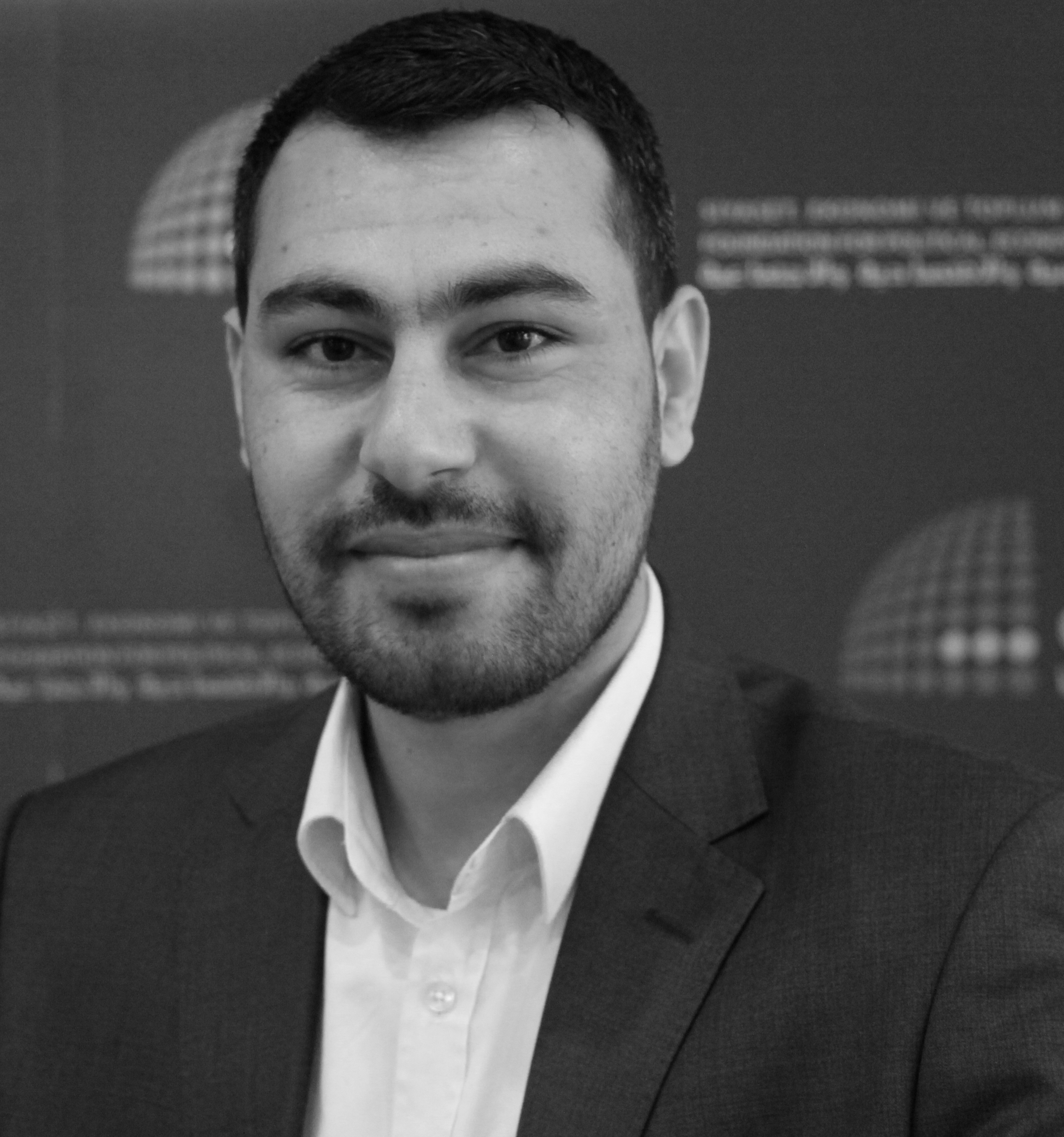 Today, the entire world is witnessing Israeli violations in occupied Palestinian territories as Tel Aviv continues to particularly target peaceful worshipers in the Al-Aqsa Mosque during the holy month of Ramadan.

Israel also continues its attempt to evict Palestinians from their homes and steal them for the Jewish settlers, who came from different countries to live in Palestine.

The audacity and illegality of Israel naturally fueled the Palestinian anger, but, the attacks on the holy Al-Aqsa compound played a major role in further inflaming that anger.

The crisis erupted first following an eviction attempt in the Sheikh Jarrah neighborhood of East Jerusalem which then escalated with the Al-Aqsa attack.

Israeli occupation forces also prepared an atmosphere especially in the Bab al-Amoud area to enable ultra-Orthodox Jews to enter the Al-Aqsa compound to hold celebrations on May 10, which corresponds to Ramadan 28 – a holy day for the Muslims.

Behind these two events, we can read Israeli Prime Minister Benjamin Netanyahu’s desire to please the Israeli extremists in order to obtain their support and secure his position in the prime minister’s office. This is also why he provided protection for settler attacks on the Palestinians.

With regards to Palestinian homes in the Sheikh Jarrah area in East Jerusalem, Israeli organizations have been trying for a long time to evict 28 Palestinian families that have lived in the neighborhood since 1965, when it was under the Jordanian administration.

Zionist gangs had evicted these families from their homes in 1948. Bear in mind that there is a law in Israel called “the Absentees’ Property Law of 1950” which does not allow Palestinians to recover property lost before 1948 and instead allows assets to be transferred to the Israeli state.

Therefore, after the 1948 eviction these familiesrestarted their lives in the Sheikh Jarrah neighborhood, which back then was not under Israeli control because East Jerusalem was only occupied in 1967 during the Six-Day War.

After a few years, the Zionist organizations began distributing Palestinian lands to settlers coming from European countries, and they were not satisfied with that. The occupation government, whenever the opportunity arose, has worked to displace Palestinians to confiscate their properties and use all the tools of pressure like restricting movement, imposing high taxes and preventing the reconstruction or expansion of homes.

The struggle of these families began in 1972 in the Israeli courts, when the Sephardic Community Committee and the Knesset Committee of Israel (Committee for Ashkenazi Jews) claimed that they owned the land on which the homes were built in 1885.

Until 1991 the Israeli courts couldn’t prove ownership of the lands to the Zionist organizations. Palestinian citizen Suleiman Darwish Hijazi, based on the documents of Ottoman-era title deeds, which were brought from Turkey in 1997, filed a lawsuit with the Supreme Court of Israel, confirming his ownership of the land on which the houses were built in Sheikh Jarrah. But the court refused to accept the documents.

This time, Israeli attacks are being broadcast live on traditional and social in all languages, and the world is seeing the attacks on worshipers at the holy mosque.

A video of an Israel settler arrogantly telling a Palestinian woman whose home he was stealing that “if I don’t, someone (else) will steal it,” has gone viral. It was just one of many such incidents.

Israel can no longer conceal its continuous crimes since 1948. We live in the 21st century with a communications revolution, but Israel still wants to steal in plain sight of the whole world.

Israel has stolen the lands of an entire Palestinian people during the 70 years of conflict, and it wants more.

Well, will the Sheikh Jarrah case be an end to the injustice and turn the tables on Israel? Israel cannot market its story to the world any longer. Despite all the support from the Zionist lobby most international media, their lies are no longer deceiving anyone.

Every illegal occupation has a dilemma. The more an occupation causes crimes and anger, the more mobilization it faces.

For this reason, we saw the strong stand of the Palestinians in the Al-Aqsa Mosque to defend their honor and sanctities. We saw the resistance in Gaza to defend legitimate rights according to international law.

By increasing its attacks on the Palestinians, the Israeli occupation has endangered the security of its entity, as the reaction in Jerusalem sparked a Palestinian uprising that now extends to several cities and even inside Israel. And these cities had not witnessed any kind of chaos or demonstrations for decades.

The resistance in Gaza also responded strongly to the attacks more than ever before.

The Palestinians including men and women, old and young, have done whatever they must. They have paid a heavy toll from their blood and property and they will not back down on this path.

Anyone who says supports freedom must now support the steadfastness of the Palestinian people and support their resistance against the Israeli occupation.

Finally, Jerusalem today is a humanitarian address that brings together all those who yearn for global and regional stability. This is why what is happening in Jerusalem and the Al-Aqsa Mosque must be a catalyst for unity between the countries of the region and for a reality to be aware of whom is the true enemy of humanity and civilization.

The countries that rushed to normalize with the occupying power must retreat from these regrettable steps. The regional countries must work together to isolate the occupying state and delegitimize it and strive hard to hold it accountable for any aggression.

In fact, the Palestinians have revealed the impotence and lies of the occupation state as its security and social structure is fragile. It is also a terrorist state and not a democratic state as its public diplomacy envisages.

Jerusalem will not be another Andalusia
Next
Loading...
Loading...
We use cookies to ensure that we give you the best experience on our website. If you continue to use this site we will assume that you are happy with it.Ok