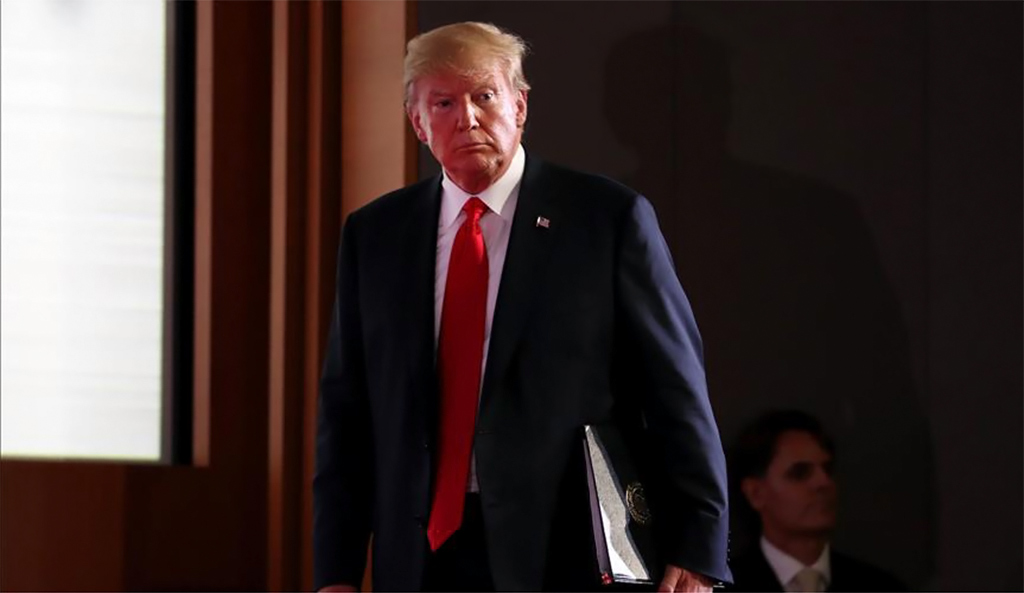 So what if Trump gets impeached?

Whether Trump gets impeached or not, the international community will have to deal with the negative side effects of the impeachment process

U.S. President Donald Trump’s potential impeachment became a hotly debated issue as Michael Cohen, his former attorney, made a series of shocking confessions. To be clear, the U.S. president has faced a constant threat of impeachment since his election due to the Russian meddling in the presidential race, allegations surrounding collaboration between Trump and Russian officials to discredit Hillary Clinton and the lies that the administration has told about what happened.

Until now, the investigation targeted several members of Trump’s advisers, who were forced to appear in court. His former campaign manager, Paul Manafort, has been convicted of tax fraud. Finally, Cohen admitted that he broke campaign finance laws by paying off two women, who allegedly had affairs with Trump.

Over the past months, President Trump managed to protect himself from investigators by claiming that he wasn’t aware of what happened or charging his accusers with lying. As a matter of fact, he even turned his back on his son when it came to contacts with Russian officials. But it appears that the investigators are slowly backing him into a corner. Ahead of the midterm election, Trump was forced to claim that the U.S. economy would collapse if the investigators came after him.

U.S. media outlets were quick to describe last Tuesday as the president’s most difficult day in office. According to opposition media, what happened was the beginning of the end for Trump, who appeared on the cover of Time magazine, drowning in the Oval Office. Meanwhile, Rudy Giuliani, Trump’s attorney, said that his client’s impeachment would result in an uprising.

The Washington establishment wants President Trump to follow in the footsteps of Richard Nixon and step down to facilitate the transfer of power to Vice President Mike Pence. Even if the Democrats win the midterm election by a landslide and reclaim the majority, however, they are unlikely to succeed in forcing Trump out of office.

Under the circumstances, a defiant Trump is likely to spend the rest of his term under the threat of impeachment and incessant turbulence.

Whether Trump gets impeached or not, the international community will have to deal with the negative side effects of the impeachment process. Faced with a battle for political survival, the combative president is unwilling to give up. Instead, he keeps making new moves to survive.

Therefore, it is not possible to distinguish Trump’s reckless statements and aggressive foreign policy from this key concern. To keep his base mobilized, he has no choice but to come up with new issues. Trump’s recent wars of word with North Korea, China, Iran and Turkey, not to mention his controversial Jerusalem decision, were directly related to this goal. As such, Trump’s battle for survival is no longer a form of turbulence that is confined to U.S. politics. Instead, it ushers in a new era of global chaos.

Of course, the Trump administration’s efforts to reform U.S. foreign policy are a continuation of the Obama administration’s steps to reconsider Washington’s global role. The Trump effect, however, goes beyond the adventures of a businessman who wants to renegotiate old agreements. Trump associates his domestic battle for survival with rational foreign policy decisions. To make matters worse, there is no reason to believe that he will change his course. After all, America First is a campaign motto with the potential to legitimize all types of foreign policy blunders.

At this point, all world leaders are compelled to factor the threat of Trump’s impeachment into their dealings with the United States.

The administration’s most recent problems with Turkey were part of a conscious decision by President Trump. If anything, President Recep Tayyip Erdoğan put off the crisis for 18 months through diplomacy. In the end, Trump opted to turn the arrest of Andrew Brunson into a deadlock.

We find ourselves in a position today where we must prevent a battle of words between the two presidents before the midterm election in the United States. We must keep tensions under control until Trump finds another issue to care about

and another country to fight.

World politics on the eve of a major transition
Next
Loading...
Loading...
We use cookies to ensure that we give you the best experience on our website. If you continue to use this site we will assume that you are happy with it.Ok