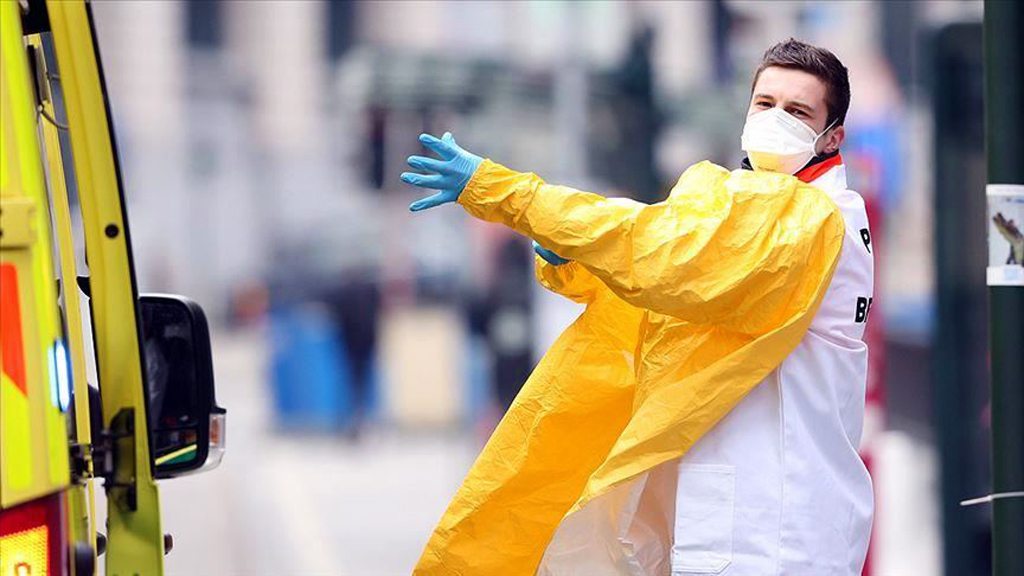 Opposition in the age of coronavirus

Conventional wisdom dictates that the coronavirus will radically alter our lives. Experts predict that radical changes will occur in a range of areas, including the questioning of alliances, the strengthening of the state and expedited digitalization.

Conventional wisdom dictates that the coronavirus will radically alter our lives. Experts predict that radical changes will occur in a range of areas, including the questioning of alliances, the strengthening of the state and expedited digitalization.

As the pandemic rages on, however, we cannot help but notice that many things will remain the same. At the end of the day, it’s not like a virus outbreak will change human nature. Some people turn to solidarity and cooperation, others act selfishly in an attempt to help themselves.

Over the course of March, we have witnessed countless situations suggesting that the struggle for power, the driving force behind international politics, will continue no matter what. The United Nations’ call for cooperation and solidarity fell on deaf ears, as countries around the world have been reluctant to share what they know about the coronavirus – let alone medical supplies. Heavyweights like Germany displayed an unwillingness to help Italy and Spain. At the same time, the United States reportedly “hijacked” a planeload of Chinese-made protective gear, bound for France, by paying double the price for the cargo at the last minute. Finally, U.S. President Donald Trump claimed that Iran was planning an attack against American troops in Iraq. It seems that hardliners in Washington and Tehran have a lot riding on a fresh conflict.

The propaganda war, too, is in full swing. The Chinese government launched an extraordinary public relations campaign to sell the world its doubtful success against the coronavirus. Meanwhile, German media outlets and their Turkish extensions have been busy spreading ideologically charged and misleading views on Turkey’s efforts, rolling out the red carpet for commentators eager to fuel anti-Erdoğanism amid a global emergency. One such individual recently claimed that the Turkish approach to the virus outbreak was “even more religious than Iran.” Obviously, Western media feels it can blatantly ignore that the Health Ministry’s Coronavirus Scientific Advisory Board, established early in the pandemic, calls all shots for the crisis.

Fortunately, not everyone has been as malicious. A handful of countries, like Turkey, have promoted solidarity and cooperation against the coronavirus. The Turks have delivered supplies to 30 out of 88 countries that requested Turkish assistance. NATO Secretary-General Jens Stoltenberg hailed the country’s most recent shipment of medical supplies to Italy and Spain as “NATO solidarity in action.” Going forward, it is safe to assume that the pandemic will strengthen bilateral relations between some nations.

It would be unimaginable to expect democracy to go into quarantine as Turkey fights the coronavirus pandemic. If anything, concrete recommendations could contribute to the effectiveness of relief efforts. An ideologically charged, polarizing brand of political opposition, however, would only serve to undermine democracy. Seeing that the pandemic has unleashed a global financial crisis, politicians need to do more than recite their regular talking points.

In Turkey, where any issue can become polarized within minutes, the fight against the coronavirus fits right into the polarized relationship between the government and the opposition. Critics already blame President Recep Tayyip Erdoğan of authoritarianism and serving his own interests because the authorities mentioned the possibility of imposing a curfew to stop infections. Opposition leaders have also moved to discredit a nationwide donation campaign, which Erdoğan launched earlier this week, by saying that they didn’t know “where the money would go” – which undermines solidarity and fuels polarization on social media. It seems that hostility is harder to contain in difficult times, as we learned during Turkey’s fight against the terrorist organization PKK.

So far, Ankara has implemented a policy of limited restriction. Like many democratic countries, Turkey understands that the current crisis has a medical aspect and a financial dimension. The opposition is welcome to dislike the policy, but fear-mongering and launching a smear campaign against decisionmakers is unproductive and outright destructive. In this regard, Turkey’s opposition leaders are standing in the way of the public’s well-being.

The Republican People’s Party’s (CHP) call on Ankara to “sell the Presidential Palace and government aircraft” is unparalleled in other democracies. Another group of critics, who condemn the donation campaign and accuse Erdoğan of “hiding in his quarantine” is a close second in terms of spreading anti-Erdoğanism amid a pandemic. Opposition leaders are embarrassing themselves indeed.

Perspective: Coronavirus and the United States How a Superpower Failed
Next
Loading...
Loading...
We use cookies to ensure that we give you the best experience on our website. If you continue to use this site we will assume that you are happy with it.Ok