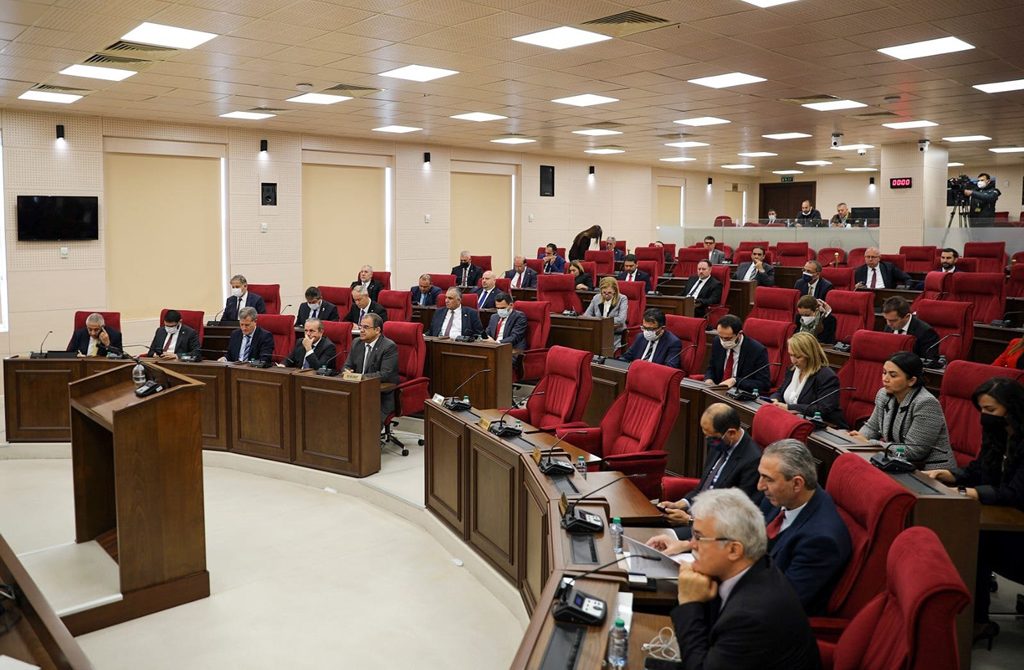 New government in Turkish Cyprus and its busy agenda

All three parties that formed the new government follow a center-right ideology and have previously formed a coalition government. In addition, as stated in the government program, all three parties advocate a two-state solution to the Cyprus issue, give importance to close relations with Turkey in all areas and plan to open the remaining parts of Varosha (Maraş).

Early general elections were held in the Turkish Republic of Northern Cyprus (TRNC) on Jan. 23. The center-right National Unity Party (UBP) won the election with 39.6% votes and secured 24 deputies. After UBP, the center-left Republican Turkish Party (CTP), which received 31.9% and got 18 deputies, came in second. CTP was followed by the Democratic Party (DP), which secured three deputies with 7.4%, the People’s Party (HP), which also has three deputies with 6.6% and the Rebirth Party (YDP), which got two deputies with 6.4% of the vote.

Since it was a fractured mandate, as no single party could prove a majority with 26 deputies required to form the government, it was necessary to form a coalition again, just as in the previous 2018 elections.

After the official election results were announced, TRNC President Ersin Tatar gave the mandate to form the government to UBP Chairperson Faiz Sucuoğlu on Feb. 8. Later, the UBP leader met with all the parties represented in the new parliament and announced that the new government had been formed between the UBP, DP and YDP after coalition negotiations. Thus, the UBP-DP-YDP government, previously established in December 2020 but dissolved in October 2021 due to both the quorum problem and the conflicts within the government, was reestablished in a stronger way.

Generally, the UBP-DP government had 26 party deputies combined, enough to form the government. However, UBP’s Sucuoğlu displayed a more rational approach and targeted a two-thirds majority in parliament so that the quorum issue of the previously established UBP-DP-YDP government doesn’t arise again. Therefore, besides the DP, the YDP was included in the government and the second UBP-DP-YDP coalition was established with a total of 29 deputies.

The new government officially took office after winning the floor test – with 29 affirmative and 20 negative votes during the final vote – in parliament on March 3.

In the government established under the leadership of Faiz Sucuoğlu, eight ministries were allocated to UBP, one ministry to DP and one ministry to YDP. Thus, the tedious process of establishing the new government, which was expected to last five years under normal conditions, began.

Regarding the new government, it should be noted that although the UBP-DP-YDP government is currently represented in parliament with 29 deputies, it could be dissolved in the future due to possible conflicts between parties or a quorum problem over the next five years.

As a matter of fact, the previously established UBP-DP-YDP government was dissolved due to both, the quorum problem and ideological clashes. Therefore, if there is an obligation to form a new government in the upcoming period, the first party with which UBP will cooperate is expected to be its former coalition partner HP. Therefore, the UBP administration will maintain its political contacts with the HP administration.

Before making an assessment of the new period, it should be noted that all three parties that formed the new government follow a center-right ideology and have previously formed a coalition government. In addition, as stated in the government program, all three parties advocate a two-state solution to the Cyprus issue, give importance to close relations with Turkey in all areas and plan to open the remaining parts of Varosha (Maraş). It is noteworthy that the UBP-DP-YDP government and President Tatar share the policy of two-state model for resolving the Cyprus issue. Therefore, it can be said that the executive branch will act in harmony as a whole regarding the solution of the Cyprus issue in the new period.

Before Jan. 23, the main agenda of the election was the coronavirus pandemic and subsequent economic problems. Therefore, the priority of the new government will be the fight against the coronavirus and overcoming the problems faced by the country’s economy. Specifically, the rising cost of living, inflation, disruptions in the payment of civil servants’ salaries and frequent power cuts will also top the new government’s agenda. As a matter of fact, Prime Minister Sucuoğlu has frequently mentioned that tackling economic problems is the government’s priority.

As stated above, the parties that formed the new government support the two-state solution. Therefore, even if negotiations start again in the upcoming period, the Turkish side will sit on the table with this model. In addition, since the parties that formed the government prioritize relations with Turkey based on a close and positive agenda, no political tension is expected in Turkey-TRNC relations in the new period. In a statement on the subject after the government was formed, Prime Minister Sucuoğlu highlighted that relations with Turkey will continue at a high level as usual, stressing that the love and commitment between Turkey and the TRNC are not up for discussion. The statement on Turkey included in the government program is also noteworthy in this context: “We will further develop our historical ties and cooperation with Turkey, the motherland that is always with us.”

Another important issue is the current two-headed executive branch in the TRNC that hinders the decision-making process and creates instability for the country. For example, in the recent past, there were problems between former President Mustafa Akıncı and the then-Ersin Tatar government on the Cyprus issue and relations with Turkey. This led the executives to disagree on two critical issues.

However, as can be seen from the short-lived experience of the coalition government, even governments formed between ideologically close parties can fall due to conflict of interest. Finally, the fact that 26 different governments have taken office in the last 39 years since the TRNC was founded in 1983 indicates that the political culture in the country is not suited for long-term coalitions.

The issue of recognition of the TRNC

Finally, the issue of the recognition of the TRNC will be at the forefront of the issues that the new government will prioritize in the upcoming period. In fact, although the TRNC is an independent state on its own, it is only legally (de jure) recognized by Turkey. Many other countries and international organizations recognize the TRNC de facto. As a matter of fact, the TRNC’s participation in the peace negotiations that have been going on for years under the supervision of the United Nations, its continuing contacts with international/supra-international organizations such as the European Union and the United Nations or benefiting from the funds provided by these organizations are concrete examples of recognizing this act.

Legal recognition of a state by other states is important in terms of its representation in the international community. In the case of Cyprus, although there are two independent states on the island, consisting of the TRNC and the Greek Cypriot administration, the international community accepts the Greek Cypriot administration as a single state, under the name of the Republic of Cyprus, representing the entire island. For this reason, the legal existence of the TRNC has been ignored for years. Therefore, it is an important issue for the TRNC to be recognized by states other than Turkey.

Regarding this issue, a delegation from the Azerbaijani parliament made official contacts with the TRNC for the first time in July 2021, giving a concrete signal for the recognition of the TRNC. Two different delegations from Azerbaijan came to the TRNC in January and February 2022 and met with President Tatar. Based on these, there is a strong public expectation that Azerbaijan will soon recognize the TRNC. For this, it is expected that the new government will continue its contacts with the Azerbaijani authorities.

World War III and nuclear threats
Next
Loading...
Loading...
We use cookies to ensure that we give you the best experience on our website. If you continue to use this site we will assume that you are happy with it.Ok