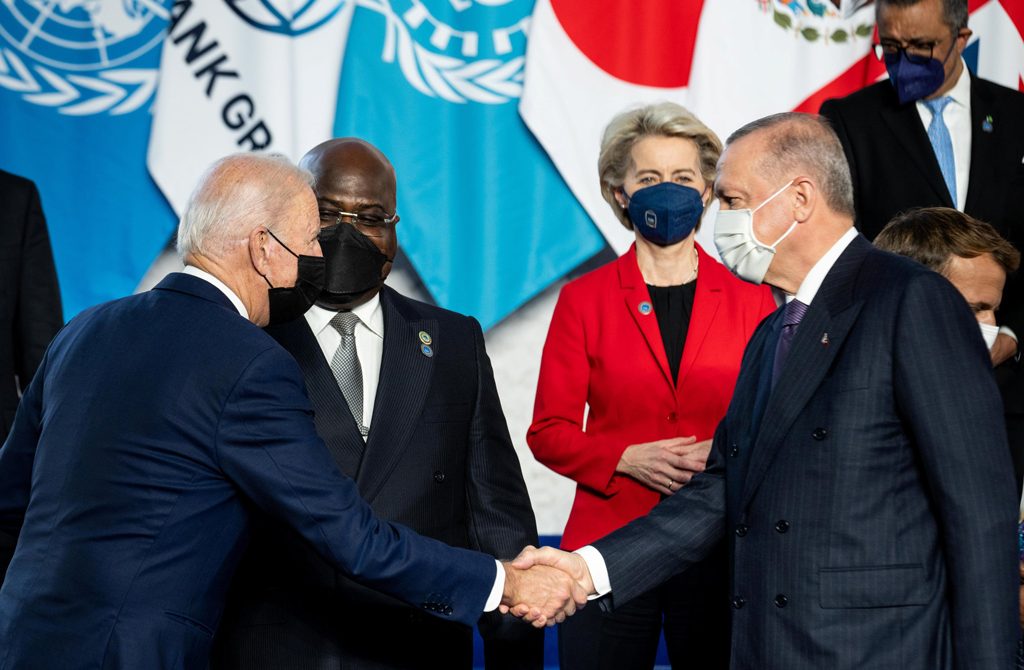 The question of sanctions could be a good way for Turkey and the U.S. to start repairing fractured relations amid the new dynamic

The phrase “new energy” was used by the U.S. Undersecretary of State Victoria Nuland, who visited the capital Ankara on April 4, 2022. During Nuland’s visit, the strategic mechanism that Turkey and the United States had earlier established became operational.

Turkish and U.S. officials have thus redoubled their efforts to explore opportunities for cooperation and exchange views on a range of key issues, from trade to Syria and Ukraine. The first concrete sign came after Nuland’s visit when the State Department’s March 17 letter to U.S. Congress – which responded to a Feb. 4 letter against the sale of F-16 fighter jets to Turkey – was reported in the media.

The department’s response, which described Turkey’s support for Ukraine as “an important deterrent to malign influence in the region,” stressed that the potential sale of F-16 fighter jets to Ankara was in line with U.S. national security interests and long-term cooperation under the NATO umbrella.

In this sense, the letter represented a continuation of President Recep Tayyip Erdoğan’s March 10 phone call with his U.S. counterpart, Joe Biden. During that conversation, the Turkish leader brought up his country’s interest in purchasing F-16 fighter jets and demanded that the U.S. lift sanctions in the area of defense. Biden, in turn, said that he would make an effort to ensure that the U.S. Congress would respond positively to that request.

The joint statement of April 4, 2022, called to activate the strategic mechanism and for a meeting to be held between the Turkish and U.S. foreign ministers at the end of the year.

This “new energy” in bilateral relations compartmentalizes certain disagreements, such as the PKK/YPG in Syria and the Gülenist Terror Group (FETÖ), whilst focusing on the defense industry (e.g., F-16s), a new balance in the Eastern Mediterranean and increasing trade. The U.S.’ retraction of support for the EastMed pipeline project can also be included in this “new energy.”

Factors in the new era

The following factors contribute to a positive atmosphere in Turkey-U.S. relations:

Turkey, which closed the Turkish Straits and supplied armed drones to Ukraine, did not sanction Russia, thus positioning itself as a mediator for a cease-fire or peace. As a NATO ally that can negotiate with Russia, Turkey pursues an exceptional policy that could make significant contributions to efforts for a cease-fire and peace.

Although the Istanbul talks have paused in light of what happened in Ukraine’s Bucha, Turkey will maintain a high level of diplomatic activity until the fighting ends. This is due to a number of factors, namely:

While these developments create a positive atmosphere in which to repair the Turkey-U.S. relationship, it is necessary to take advantage of the next couple of months. It is also necessary to keep in mind that the U.S. may be distracted by the midterm election in November and Turkey, too, will concentrate on the June 2023 election.

The Ukraine crisis has revealed the true meaning of Turkey’s new agency. For the positive atmosphere to remain intact, Washington must respect Ankara’s unique circumstances and preferences.

The question of sanctions could be the first test of this new dynamic. At the same time, we frequently hear that Western governments are inclined to wait until the 2023 election to start working more closely with Turkey.

The coronavirus pandemic and the Ukraine crisis established that waiting brings nothing to the table except the loss of time and hurt interests.

Experts Respond: Political Crisis in Pakistan | The Reasons behind the Turmoil and Its Implications
Next
Loading...
Loading...
We use cookies to ensure that we give you the best experience on our website. If you continue to use this site we will assume that you are happy with it.Ok