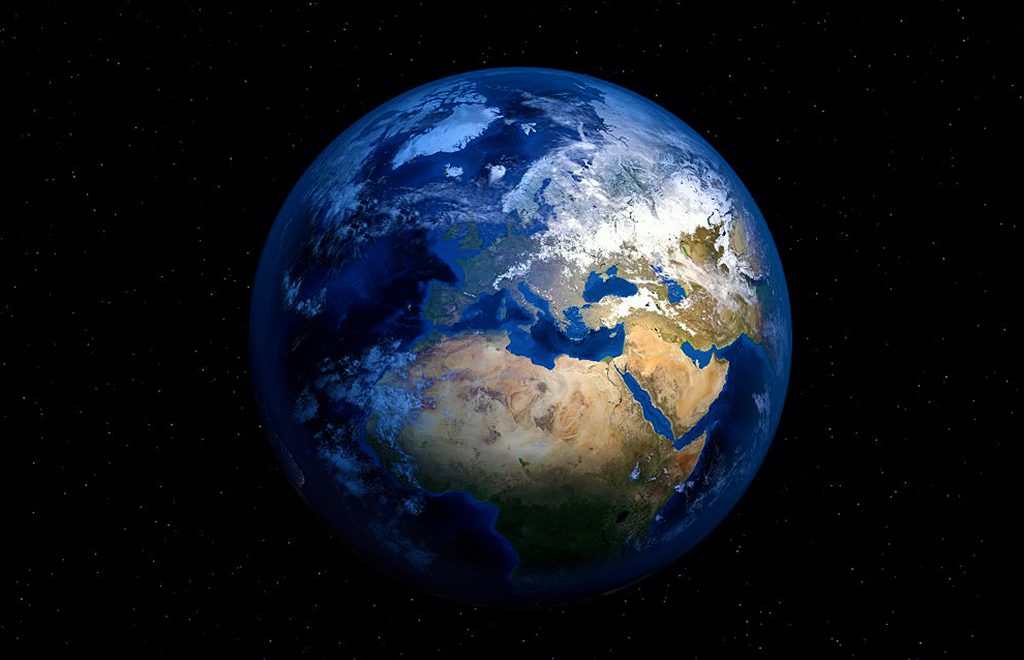 Modern crises in the era of disunity

This week some unexpected developments have occurred in international politics which signaled the direction of change in the international system.

This week some unexpected developments have occurred in international politics which signaled the direction of change in the international system. Taken together, these developments demonstrate the rapid transformation in the nature of international politics. These are dramatic changes because the fundamental pillars of the previous order, which brought stability and predictability for decades, are transforming and every leader is getting ready to adapt to the new order. These developments are probably the last nails in the coffin of the liberal world order. Many actors are taking unusual steps to reduce the uncertainty in such a period of change.

New alliances of diplomatic pacts are emerging, and some of the old disagreements are being sorted out through diplomatic channels, and some others are being overlooked. Each actor seems to be focusing on their fundamental national security concerns and trying to deal with the other issues more smoothly. The sense of collective security and mutual interests are disappearing.

American President Donald Trump met North Korea’s Kim Jong Un in the capital of Vietnam, Hanoi. This was the second important summit between the two leaders after the Singapore meeting which took place last June. Though no substantive steps have been made to address the controversial issues of “denuclearization of North Korea” at Hanoi, the meeting itself was a significant development to keep relations at a diplomatic level rather than at the level of military threats.

The Trump administration is aware of the fact that North Korea will never be denuclearized, but by building some trust with the North Korean leader and reducing the pressure, Washington aims to weaken Pyongyang’s dependency on Beijing. The end goal of Trump and Kim’s diplomatic endeavor is to reduce Beijing’s influence on North Korea.

The Indian and Pakistani militaries clashed over the Jammu and Kashmir issue, which has not been resolved since the independence and the split of both countries in 1947. The two countries fought over Kashmir three times previously, and they came to the brink of nuclear war in the 1990s.

The conflict escalated after the Indian paramilitary troops were attacked in Srinagar in Jammu and Kashmir by a Pakistan-based militant group, Jaish-e-Mohammad. More than 40 Indian security personnel died in the attack. Both militaries downed each others’ fighter jets which further increased the tensions. No one was expecting such a rapid military escalation between the two enemy neighbors.

Both actors are nuclear powers; that is why the entire world is closely following the military confrontation. Pakistani Prime Minister Imran Khan called his Indian counterpart to reduce the tensions. Tensions are also related to the geopolitical competition between China and the U.S. in East Asia. Pakistan is strengthening its alliance with China in almost all fields, whereas India is also improving its ties with the U.S. at a strategic level.

The European Union and the Arab League (AL) leaders got together at a summit in Sharm el-Sheikh in Egypt. The participation was high level from both sides. European Council President Donald Tusk co-chaired the meeting with Egyptian President Abdel-Fattah el-Sissi. Donald Tusk represented the EU along with President of the European Commission Jean-Claude Juncker. Both sides considered the meeting a success and declared their willingness to meet again. The meeting took place a few days after Egypt’s execution of several political prisoners.

Despite the allegations about the claims over the confessions of the young Egyptians under torture, no comments related to human rights and the rule of law were mentioned by the European leaders who usually demonstrate their sensitivities over this issues. The EU-AL Summit also signaled the transformation of the EU’s orientation from normative priorities to realpolitik.

Uncertainties related to the Brexit decision and the split within the trans-Atlantic relations in one of the most important drivers of this policy change. European leaders are struggling to find the means to keep both senses of collective security among European nations and fill the potential vacuum that may be left by the U.S. It seems that each European power will have different priorities in the emerging geopolitical struggle. Such a change may further weaken European security. If the sense of shared threats and shared values are gone, European countries will be less likely to work together. Some members of the EU may cooperate with some other members of the AL, but further cooperation between the two actors is an unlikely scenario.

Syria’s Bashar Assad met Iranian religious leader Ayatollah Ali Khamenei and Iranian President Hassan Rouhani in Tehran. The recent visit was Assad’s first known meeting at such a high level since the beginning of the Syrian civil war in 2011. The Iranian side publicized photos and videos of the warm welcome. Assad’s warm welcome in Tehran was not approached as warmly by Moscow, who wants to keep its upper hand in Syria. There are already disagreements between Moscow and Tehran over their plans related to the future of Syria. It is clear that Moscow will not let Iran be the decisive actor for the political deal in Syria after years of involvement. Assad is somehow benefiting from all the tension between the competing actors, but if the rift between Tehran and Moscow expands this may prolong the process of political normalization in Syria.

Threats by American politicians and leaders against Venezuelan President Nicolas Maduro have intensified this week. American and Western leaders are also declaring their support to the head of parliament Juan Guido to empower him. American politicians are, on the other hand, encouraging some factions within the Venezuelan military to topple President Maduro with a military coup.

Western politicians are not shy about inviting military coups against leaders that they do not like or embracing political leaders like Egypt’s el-Sissi that came to power by military coups. If America tries toppling Maduro, this may further trigger a cycle of similar examples.

National security and national interest will be the key terms in the coming phase of the international order. Commitment to liberal values will gradually be abandoned from the lexicon of international diplomacy.

New geopolitical alliances, as well as fragmentations, are more likely in the future. It will be a more difficult period for small nations, and middle powers may gain more autonomy and flexibility if they can maintain more balanced diplomacy in the coming years. For regional actors like Turkey, there are both risks and opportunities in the emerging world order. It is not in the interest of Turkey to be aligned with a single power for its security and economy. Having balanced and diversified diplomacy and foreign policy will be key.

DHKP-C facing extinction in Turkey
Next
Loading...
Loading...
We use cookies to ensure that we give you the best experience on our website. If you continue to use this site we will assume that you are happy with it.Ok