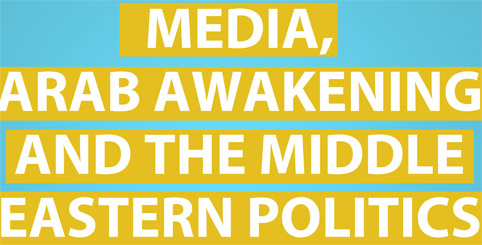 The Arab world is going through fundamental social and political transformation. By the end of 2010, Arab states were stagnant and paralyzed.

The Arab world is going through fundamental social and political transformation. By the end of 2010, Arab states were stagnant and paralyzed. Arab populations did not expect political establishments to initiate change. Political actors lacked political imagination. Arab societies began shifting to a new paradigm: young, well educated, well connected citizens—aided by social media—strove to create a new reality from within. Meanwhile, the social media networks provided a new communication tool—dynamic, decentralized and flat that was inherently more democratic. This was the beginning of a new era in the Arab World.

Mr. Khanfar will address the following questions: How do various forms of media foster public participation in the political sphere? How are traditional institutions being re-shaped, and to what extent are traditional media influenced by the concept of social networks? Is there a new model for political institutions and governance and what does it look like?

Wadah Khanfar is the President of the Sharq Forum, an independent think tank working on the Middle East. He previously served as the Director General of the Al Jazeera Network. He has been mentioned by Foreign Policy Magazine in 2011 among The FP Top 100 Global Thinkers.. During his tenure Al Jazeera went from a single channel to a media network with multiple properties including the Al Jazeera Arabic, Al Jazeera English, Al Jazeera Documentary, the Al Jazeera Media Training and Development Center, the Al Jazeera Center for Studies etc. Mr. Waddah was born in Palestinian town of Jenin in 1968. He obtained a Bachelor’s degree at the University of Jordan and went on to complete a post-graduate degree in Philosophy.an in International Politics.

Note: Panel discussion will be held in English with simultaneous translation into Turkish.

From Baathist Massacres to 'Violations of the Annan Plan'
Previous
For the First Time a Candidate is Elected in Egypt
Next
Loading...
Loading...
We use cookies to ensure that we give you the best experience on our website. If you continue to use this site we will assume that you are happy with it.Ok