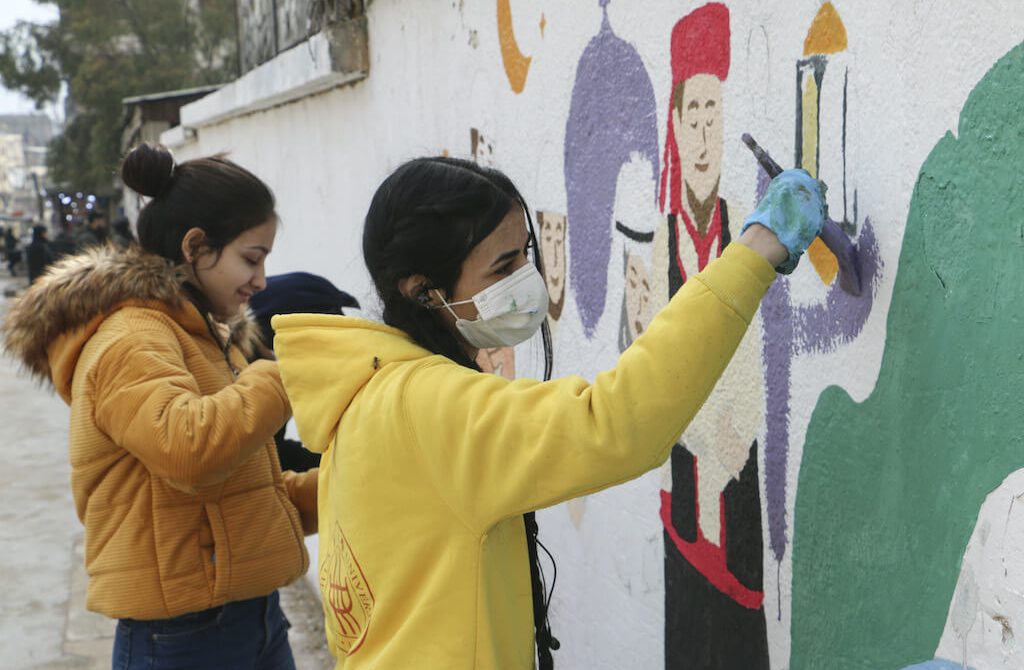 A group of Kurdish and Arab children take part in painting activities on the walls of Afrin in Northern Syria. In the recent years, thousands of people have returned back to the city. Photo by Saher El Hacci, Anadolu Images

"The western media portray all Kurds supporting the PYD. But Kurds are diverse. There are different parties, independent politicians, leftists, religious conservatives, etc."

Syrian Kurds who fled Afrin in 2018 with the YPG/PKK are now returning to Afrin from the Shahba region, controlled by the YPG/SDF, and the Syrian regime-held Aleppo and Erbil.

Kurds massively fled Afrin when the Turkish army and the Syrian National Army (SNA) first entered the district at the beginning of 2018. However, according to the Independent Kurdish Coalition of Syria (KKS), more than half of the Kurds who fled from Afrin to Tel Rif’at and villages in the Shahba area and Aleppo have returned.

An estimated 151,000 Kurds had fled the area according to the UN in 2018, more than half of them returned and most of them did so within four months of fleeing. “When people realized the brigades that came to Afrin were not jihadists, unlike the PKK media had been telling them, they started to return. It’s better to live in your own house, even with some trouble than staying in a tent,” KKS members explain.

Turkey’s post-2023 future at the heart of debates
Previous

Putin compels the Western alliance
Next
Loading...
Loading...
We use cookies to ensure that we give you the best experience on our website. If you continue to use this site we will assume that you are happy with it.Ok