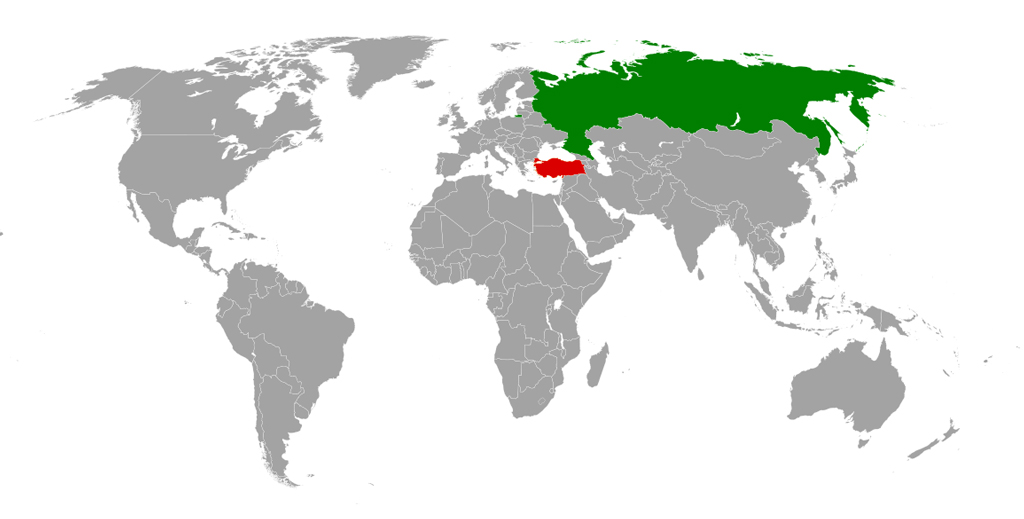 Is Russia a friend or foe in the Middle East?

Andrej Kreutz raised a poignant question in his book from 2007, "Russia in the Middle East: Friend or Foe," well before the Syrian civil war erupted in 2011. Even though Russia has been an important player in the Middle East since the Cold War era, its influence in the region has burgeoned since Syrian President Bashar Assad invited Moscow into the Syrian civil war in 2015.

Andrej Kreutz raised a poignant question in his book from 2007, “Russia in the Middle East: Friend or Foe,” well before the Syrian civil war erupted in 2011. Even though Russia has been an important player in the Middle East since the Cold War era, its influence in the region has burgeoned since Syrian President Bashar Assad invited Moscow into the Syrian civil war in 2015.

Compared with its natural borders in the north, Russian conventional foreign policy has considered its southern border with Georgia, and by extension Turkey, as an Achilles heel of sorts, as the region was divided between pro-Soviet countries and NATO allies throughout the Cold War. Syria itself has been in Russia’s sphere of influence since the Soviet era when Soviet Premier Nikita Khrushchev decided to strengthen the USSR’s relations with the third world and Arab countries in the early 1960s.

The United States’ decision following the attacks of Sept. 11, 2001, to return to the Middle East with boots on the ground was a source of panic for Russia at the time.

Moscow did not welcome the U.S. military’s presence in Iraq after the invasion in 2003, as the possibility of an emerging, stable, prosperous, U.S.-controlled Iraq neighboring Syria, infringing on its sphere of influence, would not be a positive development for Russia.

Thanks to the U.S.’ unwillingness to finish the war it started and its lack of understanding of Middle Eastern politics, then-U.S. President Barack Obama promised a policy pivot away from the Middle East, which is now in the hands of U.S. President Donald Trump. The U.S. has become an increasingly less active player in the Middle East since 2009. It has been unwilling to solve the region’s problems, change its position or act in its role as a superpower. Meanwhile, Russia has gleefully filled the power vacuum left by America over the past decade.

As the leading actor in the Syrian civil war, Russia now has the power to stir up long-standing conflicts in the Middle East and has the sway to alter and reshuffle power balances between actors in line with its own interests. For example, by propping up Assad in Syria, Moscow also assents to Iran’s presence in the country, which worries Israel. Supporting Iran also empowers the Shiite population in the region, which could trigger a resurgence of sectarian violence in Iraq, while at the same time Moscow tries to cultivate good relations with Israel on energy and security cooperation. It is all a bit complex.

Russia has had a naval facility on Syria’s Mediterranean coast in Tartus since 1971. After 2015, however, it had the chance to modernize and expand its military installations there, along with those at its airbase at Hemeimeem in western Syria. The most important outcome from the Syrian civil for Russia would be realizing its long-term goal of having a warm water port on the Mediterranean. This great opportunity has given Moscow the ability to intervene directly in Middle Eastern and Eastern Mediterranean politics on every level without international agreements or consulting with other world powers. In return, the country’s support for Assad has empowered Russia to open more bases in Syria, build them up, modernize them and make them permanent. In addition to the airbase in Hemeimeem and the naval facility in Tartus, by the end of 2019, the Russian military also started to use the base in Qamishli, which gives it a very strategic location close to oil and gas fields, as well as a transit road between Iraq and Syria. The U.S. had used the base in Qamishli until November 2019, when it withdrew and was replaced by Russian troops, which holds symbolic importance.

In addition to military bases, Moscow sent the Admiral Kuznetsov aircraft carrier to bomb targets in Idlib and Homs in 2016, returning to Russia the following year. This was an open message to those involved in the conflict that Moscow takes the Syrian civil war very seriously. It has become increasingly evident that the only winner to emerge after the many years of the Syrian civil war is Russia, and the instability, chaos and conflict it has engendered there have built the foundations for Moscow to become a dominant and manipulative actor in the region.