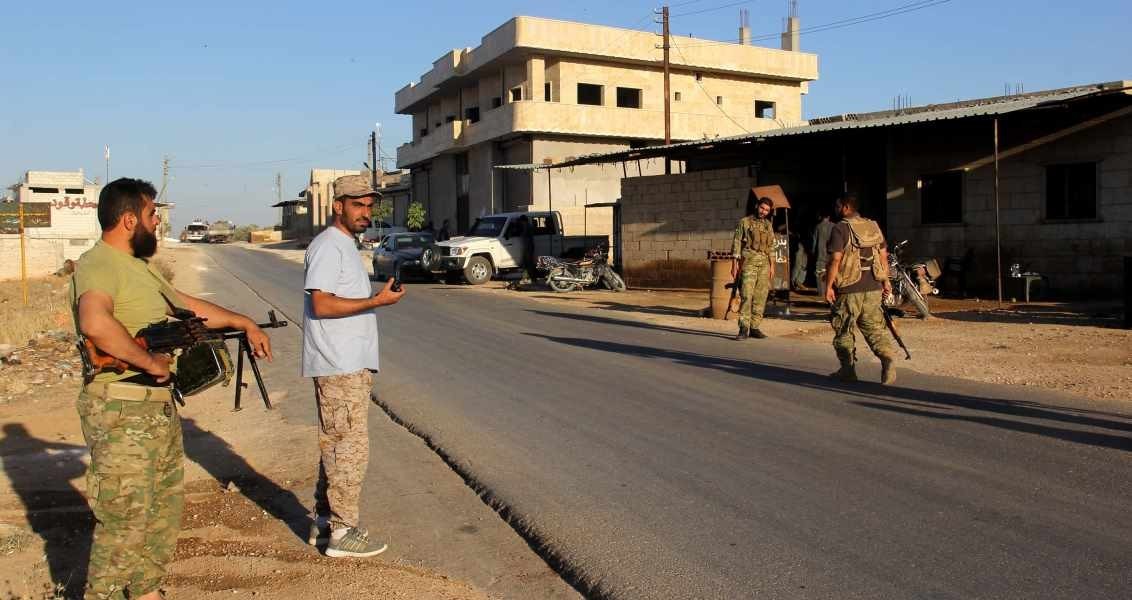 After the Idlib attack, the horrendous images of the people impacted by the chemical elements generated a powerful reaction. Following this, President Donald Trump's statement about his reaction to the Assad regime resulted in major questions about U.S. actions.

After pictures of the small children killed by a chemical attack from the Assad regime surfaced, the U.S. finally launched a direct attack on the regime following six years of conflict. Since then, the Assad regime has used every possible tactic to eliminate the people in Syria that oppose his rule, including mass executions, airstrikes, SCUD missiles, barrel bombs, chemical agents, starvation and recently sarin gas. More than 500,000 people have died in the country, while the international community watched in disdain. The use of chemical weapons in 2013 by the regime and the inaction that the U.S. demonstrated after this attack was a serious turning point for the crisis. The violated “red line” the U.S. drew has been seen as a green light by regime forces. The agreement for the elimination of chemical weapons was previously seen as a major victory for the Obama administration. Since then in various instances, the regime has continued to use chemical agents in its attacks. Up until its attack in Idlib, however, the international community preferred to look the other way. For the Assad regime, this indifference was another green light to continue its atrocities in the country.

After the Idlib attack, the horrendous images of the people impacted by the chemical elements generated a powerful reaction. Following this, President Donald Trump’s statement about his reaction to the Assad regime resulted in major questions about U.S. actions. A few days before the attacks, very high-level officials in U.S. foreign policy making, including Secretary of State Rex Tillerson and their U.N. ambassador, signaled U.S. acceptance of a future Syria with Assad. Following the attack, first President Trump stated that his approach toward Assad changed following the attack, and in its aftermath Secretary Tillerson repeated the statements. Early Friday, with the limited airstrike on an air base in Syria, a new threshold has been passed in U.S. policy toward Syria. From the first reports it can be seen that the attack was intended to target the air base where the planes took off a few days ago to carry out the chemical attack on civilians in Idlib. A Pentagon statement shows that the attack finished after a second order from President Trump. This situation raises several questions about the attack and the future of U.S. policy in Syria.

First, it is not realistic to expect a new strategy from the U.S. in Syria. It is not even clear if there was any well thought out strategy from the U.S. when Secretary Tillerson and the U.S.’s U.N. ambassador were making statements about the future of Syria. However, the chemical attack seems to have at least changed the approach of the U.S. administration toward Assad. In the coming days, the most important questions about U.S. strategy will arise. So are we back to “Assad must go” or is there a new approach from the Trump administration? If there is a new approach, what does it entail? If the target is not the Assad regime but only intended to deter the regime not to use chemical weapons, the outcome will be a regime that may be deterred from using chemical weapons but will continue to search for different, more conventional means to kill people or terrorize them in the country. Thus, it will be another green light for the regime to continue its murder. Assad will test the waters in the coming days by targeting the civilian population through conventional weapons. It has almost become a pattern now that the regime gradually escalates its killing machine by watching the reaction of the international community. Inaction usually contributes to the rapid escalation of violence adopted by the regime.

Of course, this new policy from the U.S. administration will be decided after taking into account various variables. Among those, the most significant external determinant will be the reactions of Russia and the U.S. to this position. The initial political reaction from Russia was quite strong. However, it may not need to turn into a crisis in bilateral relations. Second, the Trump administration also cares about public opinion and the reaction to a military strike against the Assad regime. Following the attacks, the administration will be watching reactions from Congress and the public to the attacks. Third, the impact of the military operations against the Assad regime on the planned operation against Daesh will also be taken into consideration. The recent chemical attack demonstrated the risks that the Assad regime generates for its people as well as for regional stability. Thus, a strategy that only focuses on the elimination of Daesh will not bring peace and stability to the country and the regime. There should be another dimension to U.S. strategy that takes into account future governance in the country.

U.S. and Turkey: the 'Difficult Choices' in Syria
Previous

Trump-Xi Meeting Says Nothing
Next
Loading...
Loading...
We use cookies to ensure that we give you the best experience on our website. If you continue to use this site we will assume that you are happy with it.Ok