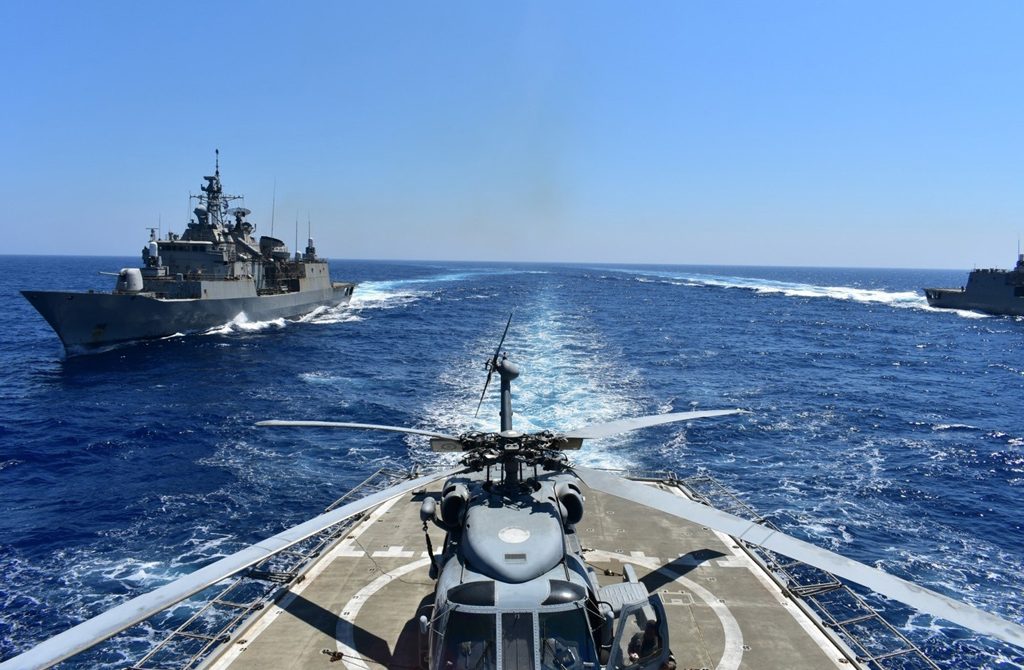 Greece has been playing a dangerous game recently with Turkey in the Eastern Mediterranean. There are several reasons why Greece is choosing to play this high-risk game and increase tensions with its neighbor.

Greece has been playing a dangerous game recently with Turkey in the Eastern Mediterranean. There are several reasons why Greece is choosing to play this high-risk game and increase tensions with its neighbor.

Turkey, which is now respected for its effective military might, has emerged as a game-changing player in regional crises such as Syria, Libya and Nagorno-Karabakh.

Secondly, Turkey has increased its self-reliance both in the defense industry and in naval drilling activities; it is not dependent on external powers for military intelligence or for naval scientific research and drilling activities.

Thirdly, Turkey is able to challenge any anti-Turkish development on its own. Therefore, the Greek attempts to form an anti-Turkey alliance in the region amounted to nothing.

After Turkey gained the upper hand in the region, Greece began to become more concerned about Turkey’s rise as a regional power and felt more threatened. Eventually, an increasing power asymmetry between Greece and Turkey arose.

This caused Greek officials to resort to any means to prevent the rise of Turkey and imprison it in the Anatolian peninsula. When looked at closely, anyone can see that Greek officials are desperately in search of an exit from the deadlock.

Firstly, Greece has been insistently trying to increase tensions with Turkey. Greek officials know that the higher the tension, the higher the possibility is of Western countries intervening on Greece’s behalf.

While Turkey repeatedly declares that it is ready to discuss any issue between the two countries, Greek officials insistently refuse to negotiate any issue with Turkey.

In principle, they claim that there is nothing to discuss with the Turkish side and accordingly they want the international community to recognize any policy preferred by Greece.

In other words, even though the Greek side has been trying to present things differently, Greece is refusing to resolve any bilateral issue through diplomatic means. They never come to the negotiation table and make no attempts to take positive, concrete steps for the resolution of bilateral issues with Turkey.

Greeks at the EU door

Secondly, Greek officials move all bilateral issues with Turkey to European Union platforms. Greek officials know that the EU institutions will support Greece without assessing who is right and who is wrong in these matters.

They declared a kind of victory after the latest EU summit. According to Greek Foreign Minister Nikos Dendias, decisions made during the last EU summit are a clear indication of direct EU involvement in regional issues.

Dendias claimed that as is seen from the final communique, the EU recognizes Turkish-Greek relations as Turkish-European relations. Therefore, the EU declared that all Turkish drilling activities in the region are illegal and thus took a totally pro-Greek approach by recognizing the Greek maximalist projects and by giving Turkey no rights.

Thirdly, Greece has been trying to build a large coalition against Turkey. It has been mobilizing all anti-Turkey regional actors against Turkey and has been inviting them to the Eastern Mediterranean.

Naturally, Turkey does not remain indifferent to these dangerous steps being taken by the Greek side. Turkey will continue to follow a double-track policy.

While Turkey prefers the use of diplomatic means for the resolution of bilateral problems and calls the Greek side to discuss all bilateral issues at the negotiation table, it will continue to be on the ground and invest in the security sector against a military buildup.

That is, Turkey will not allow any fait accompli in the region.

Turkish opposition maneuvers too early for 2023 polls?
Next
Loading...
Loading...
We use cookies to ensure that we give you the best experience on our website. If you continue to use this site we will assume that you are happy with it.Ok