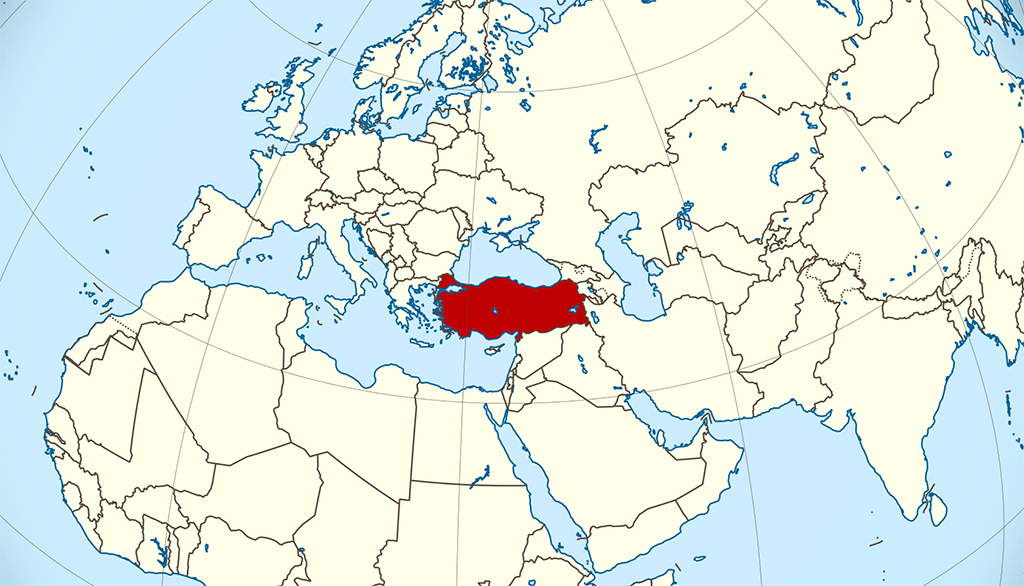 From Libya to Syria, Turkey stands to gain strength in post-coronavirus period

As the world learns to live with the new normal in the post-pandemic period, all the ancient wars of words in Turkey’s political arena are already back. For days, the Turkish people have been talking about subtle hints from the Republican People’s Party (CHP) about a military coup, hate speech on social media, the future of political alliances and the prospect of newly established parties signing parliamentarians "on loan."

As the world learns to live with the new normal in the post-pandemic period, all the ancient wars of words in Turkey’s political arena are already back. For days, the Turkish people have been talking about subtle hints from the Republican People’s Party (CHP) about a military coup, hate speech on social media, the future of political alliances and the prospect of newly established parties signing parliamentarians “on loan.”

Although that heated debate is destined to rage on for some time, Turkey has to focus on its intense foreign policy agenda. There appear to be looming post-pandemic changes in the geopolitical balance of power that stand to boost Turkey’s regional influence. A fresh Cold War between the United States and China, Russia’s weakening economy and Europe’s disunity all present new opportunities and challenges. Against that backdrop, Ankara is preparing to take additional initiatives regarding Libya, the Eastern Mediterranean, Israeli expansionism, Palestine, Syria and the refugee crisis.

In Libya, putschist Gen. Khalifa Haftar seeks to use Russian aircraft from Syria to reclaim his air superiority – a recipe for escalation. If Turkey and Libya’s Government of National Accord (GNA) use al-Watiya air base effectively, Haftar’s fall will further accelerate. Together with fresh violence on the ground, diplomacy is expected to pick up the pace at the negotiating table. The United Arab Emirates (UAE), which supplies weapons and fighters to Haftar’s organization, continues to mount pressure on Tunisia to stop that country’s government from supporting the Libyan government. Whereas Egypt remains unsettled by Turkey’s military success, Algeria prepares to throw its weight behind the GNA.

As in Syria, Turkey has emerged as a key player in the Libyan conflict – with implications for European security, petroleum production and the refugee crisis. Haftar’s recent setbacks strengthened Turkey’s hand in the Eastern Mediterranean as well. As Western companies postpone their drilling efforts due to the COVID-19 pandemic and declining oil prices, five parties – Greece, the Greek Cypriots, Egypt, France and the UAE – issued a joint statement to condemn Turkey’s 2019 agreement with Libya.

Israel was notably absent from that list. Recent media reports had been emphasizing that the country’s “shared interests” with Turkey, alleging that the two nations could conclude an agreement akin to the Turkish-Libyan maritime jurisdiction treaty. It is no secret that Israel has been pleased by Turkey’s fight against pro-Iran fighters in Idlib, Syria. Most recently, the Israeli charge d’affaires in Ankara, Roey Gilad, called for political dialogue, normalization and cooperation against Iran in the Syrian theater. Israel’s search for common ground is motivated by Turkey’s growing regional influence despite the activities of anti-Turkish alliances. Developments in the Eastern Mediterranean, Libya and Syria compel Tel Aviv to pursue rapprochement with Ankara. Israel’s main objective, however, is to mute Turkey’s reaction to the intended annexation of the West Bank and the Jordan Valley this summer. In other words, this is merely a charm offensive. It is an absolute certainty that Turkey will stand in solidarity with the Palestinian people, as the region turns its attention to the question of Palestine in June and July – unless U.S. President Donald Trump delays the annexation for political reasons.

Even though the Turkish-Russian agreement remains in effect in Idlib, there is still a risk of violent clashes with radical groups. As representatives of Bashar Assad’s regime and the Syrian opposition meet in Geneva, Switzerland for constitutional negotiations, the Astana talks are expected to resume. At the same time, the United States and Russia are competing against each other to control the YPG – the terrorist organization PKK’s Syrian branch. Washington hopes to build a Chinese wall between the PKK and YPG and transform the latter group with help from pro-Barzani Kurds.

Let us note that even the coronavirus outbreak could not distract the European media from the refugee crisis. Europeans fear that a fresh wave of refugees will arrive as a result of normalization and reopening. Meanwhile, Greece continues to unlawfully deport asylum-seekers. Turkey and the European Union need to renegotiate and update their 2016 agreement.

The China issue and upcoming US presidential elections
Previous

Libya at a critical juncture
Next
Loading...
Loading...
We use cookies to ensure that we give you the best experience on our website. If you continue to use this site we will assume that you are happy with it.Ok