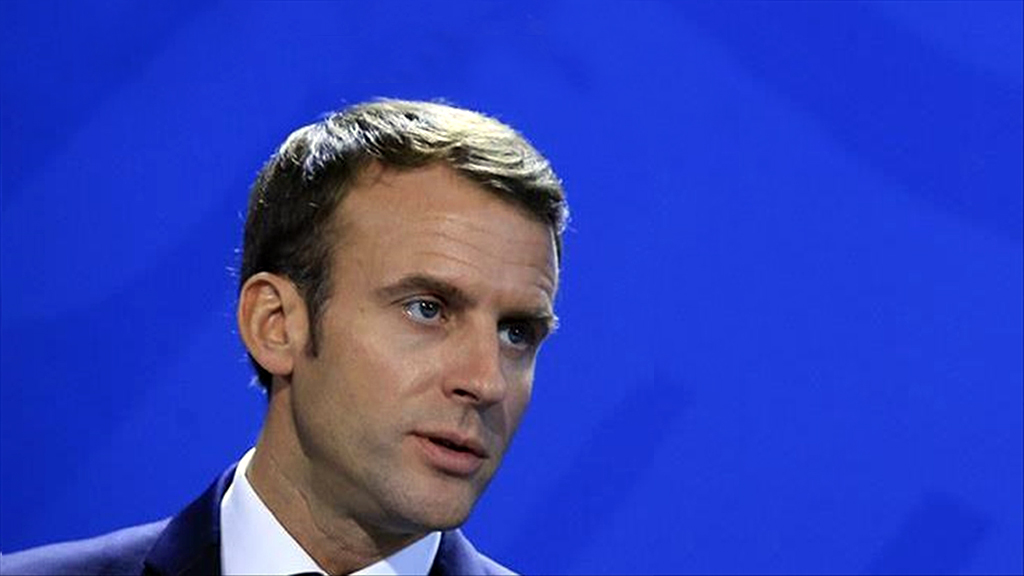 It’s a joke when President Macron says ‘We are one’ while excluding Muslims, human rights activist tells Anadolu Agency

Muslims in France say President Emmanuel Macron has divided the country with the controversial remarks on Islam he has repeatedly made in recent weeks.

Amid tension between the government and French Muslims, Macron on Monday posted a photo on Twitter saying “We are one,” which Yasser Louati, head of the Justice and Liberties For All Committee, called a “joke,” accusing the president of “excluding Muslim citizens.”

“How did we go from France being celebrated in the Muslim world or the Arab world for its refusal to join America in destroying Iraq in 2003 to France today being boycotted under Emmanuel Macron?” Louati asked in an interview with Anadolu Agency, adding that Macron lacks an understanding of foreign policy.

“His arrogance has not only divided the French population but also brought it to a crisis,” the human rights activist added.

Farid Hafez, a political scientist and lecturer at the University of Salzburg in Austria, described Macron’s move as “the manifestation of discrimination based on the law.”

“Macron is following his strategy of creating a French Muslim identity that is first of all invisible and secondly politically harmless, not questioning the status quo of France’s discriminatory policies vis-a-vis its Muslim population,” he said.

On Oct. 2, Macron announced a controversial plan to tackle what he calls “Islamic separatism” in France, claiming that the faith of Islam is in “crisis” all over the world and promising to “free Islam in France from foreign influences.”

Last week, he defended blasphemous cartoons of the Prophet Muhammad, saying France would “not give up our cartoons” after the brutal murder of high school teacher Samuel Paty, who showed provocative caricatures in a class.

At least 73 mosques, private schools, and workplaces in France, a country that has the largest Muslim minority in Western Europe with around 5 million, have been shut down so far this year, according to the French Interior Ministry.

French voters will head to the polls for presidential elections in less than two years, in April 2022. The polls, however, currently show Macron neck and neck with Marine Le Pen, leader of the far-right National Rally.

Many believe Macron’s strategy to win the next elections is by co-opting the arguments of the far-right.

According to Enes Bayrakli, a researcher at the Foundation for Political, Economic and Social Research (SETA) based in Ankara, Turkey, Macron is trying to overcome his domestic and foreign policy woes by “scapegoating Islam and Muslims.”

“Macron is trying to stop the rise of the far-right by adopting their extreme statements,” he said.

Louati, echoing this idea, said Macron has nothing else to show for his candidacy as he failed socially and economically, citing the Yellow Vest movements and other protest demonstrations.

“He’s got nothing to show us aside from identity politics. So basically what he’s saying is, I can’t grant you a bright future. I can only promise you war against Muslims,” he added.

Bayrakli, also a co-editor of the European Islamophobia Report, said he thinks that the situation for Muslims in Europe is deteriorating.

“I see the signs of an Islamophobic terror wave in Europe,” he told Anadolu Agency, citing the rise of far-right networks across the continent.

The last few years have seen a surge in far-right terrorist attacks in Western countries.

Far-right attacks ballooned 320% over the past five years in North America, Western Europe, and Oceania, according to the 2019 Global Terrorism Index.

On July 22, 2011, Norwegian far-right terrorist Anders Breivik killed eight people in bombings in Oslo and shot to death another 69 at a youth camp on Utoya island.

Hostility in France towards Muslims rose further in recent weeks. For instance, last week, two headscarf-wearing Muslim women were repeatedly stabbed in a park under the Eiffel Tower, with attackers shouting insults such as “dirty Arabs.”

Bayrakli says this is exactly what terrorist groups such as Daesh/ISIS expect from Europe.

“They want Europe to enter a wave of violence. European politicians also come to this game because of cheap political calculations,” he said.

Bans on headscarves, “burkini” swimwear, and halal slaughter (according to Muslim dietary rules) as well as restrictions on mosques in some European countries have also drawn outrage.

But Macron’s plan to control “foreign influences” in religion is not new for Europe. In Austria, the funding of imams from foreign countries was already banned with the Islam Act of 2015, said Hafez.

Macron “is following suit and trying to impose the same discriminatory measures against Muslims only, not believers of other churches and religious denominations,” Hafez said.

“What we see is an intervention in religion by states. This is actually against secularism,” said Bayrakli. “A state should not interfere in the internal affairs of religion and theological debates.”

Asked about the silence of European leaders amid rising tension in France, Yasser Louati said he interpreted it as “disapproval of Macron’s policies.”

On the other hand, Enes Bayrakli said he saw it as support.

The EU even avoids using the word “Islamophobia,” he added.

“The EU appointed a coordinator on ‘combating anti-Muslim hatred,’ avoiding using the term Islamophobia,” he said.

“In my opinion, Islamophobia has become the dominant ideology of the 21st century, just like opposition to communism during the Cold War.”

“This is why there is political ignorance and silence,” he added.

Resurgence of anti-Islam in Europe
Next
Loading...
Loading...
We use cookies to ensure that we give you the best experience on our website. If you continue to use this site we will assume that you are happy with it.Ok