On February 27, 2019, MEP Mr. Wajid Khan will host the panel “Countering Anti-Muslim Racism in Europe” at the European Parliament in Brussels, Belgium. Drawing on the most recently published edition of the annually published European Islamophobia report, this event will shed light on the rising levels of Islamophobia in European countries, and in particular giving prominence to recent developments in this field. Additionally, the event seeks to address the issue of tackling this growing phenomenon. 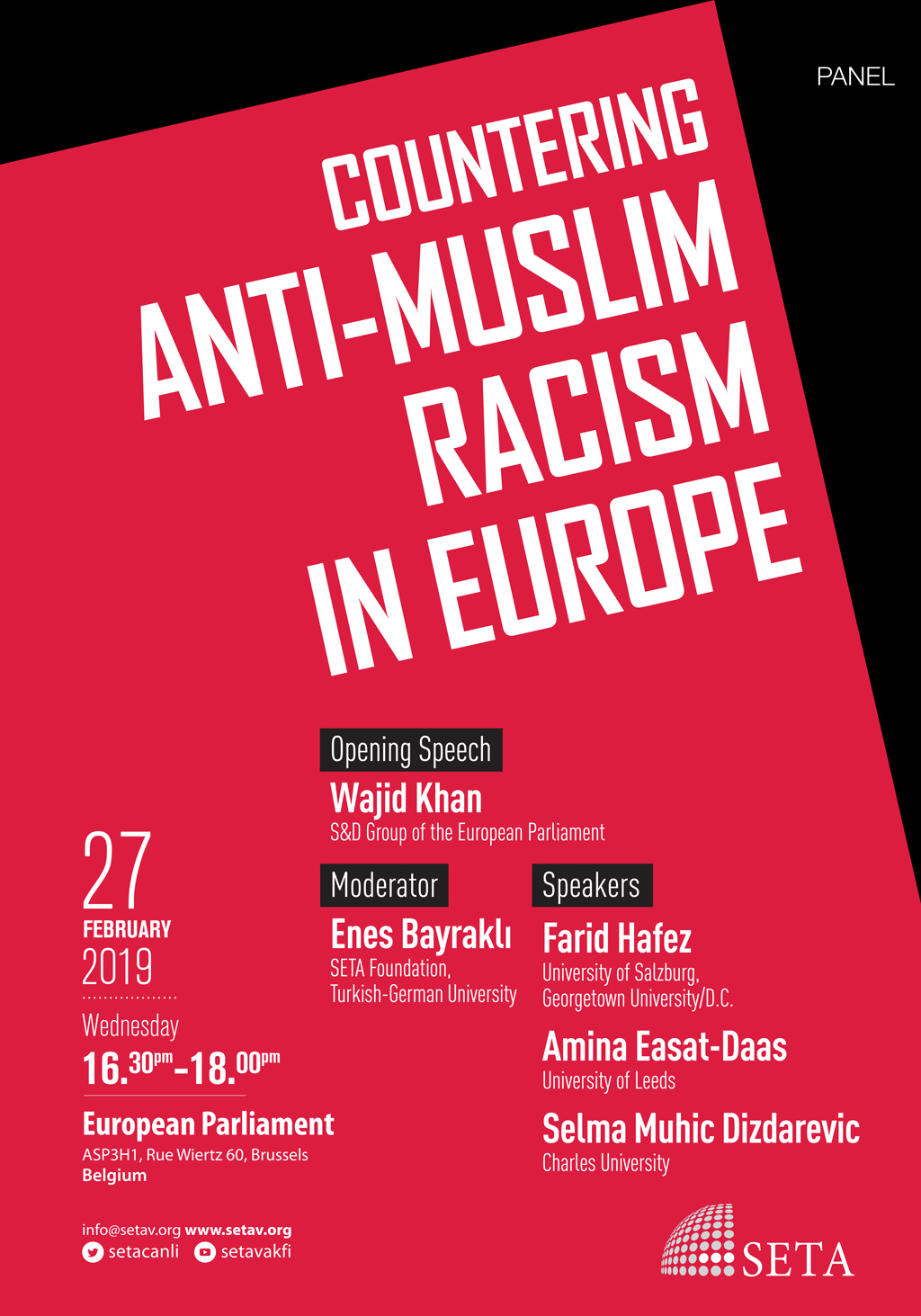