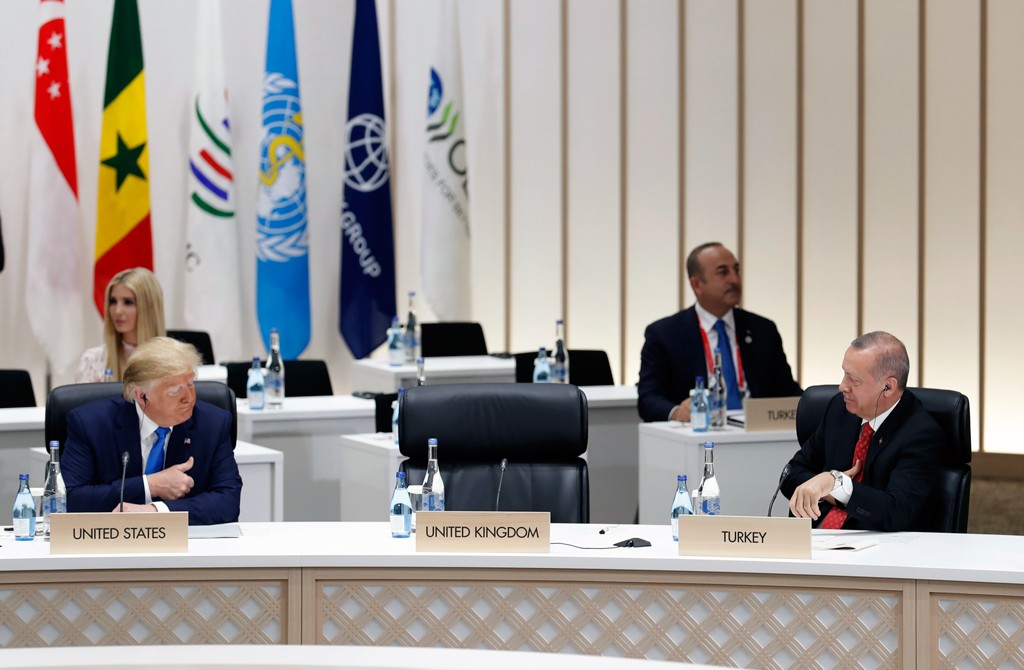 The leader-to-leader diplomacy between the U.S. and Turkey at the G20 summit was crucial in defusing the S-400 dispute and turned it into a potential communication tool for bilateral ties

I attended the 2019 G20 summit in Osaka, Japan as part of Turkish President Recep Tayyip Erdoğan’s delegation. Although there were several issues on the agenda, the elephant in the room was the brewing trade war between the United States and China – both G20 members. Having sanctioned the relocation of manufacturing to low-cost markets like China and Mexico in the 1970s, the U.S. reversed its decision after the 2008 financial crisis. Starting with the Obama administration, Washington embraced protectionism to safeguard its manufacturing industry. Although China agreed to import more from the United States and open up its domestic market, President Donald Trump’s election further strained bilateral relations.

The Trump administration imposed additional tariffs, reflecting Washington’s strategic concern that China challenges the U.S. hegemony. Yet driving up the price of Chinese goods means to punish domestic consumers. Nor is protectionism a problem in America’s relations with China alone. With the exception of Japan, South Korea, Mexico and Turkey, all G20 countries have adopted protectionist policies over the last decade. This is a full-fledged challenge. Trump, too, believes that he has the upper hand in the trade war with Chinese President Xi Jinping. As such, it is necessary to concede that Washington’s trade wars with China and the European Union won’t end anytime soon. If anything, they will transform global trade. Perhaps it will take another financial crisis for world leaders to embrace liberalism at the expense of protectionism once again.

Erdoğan’s most important meetings in Japan took place on the G20 summit’s margins. On Saturday, he met with U.S. President Donald Trump and Russian President Vladimir Putin. The most recent attack against a Turkish observation post in Idlib, Syria came up in the latter meeting. With Trump, Erdoğan discussed the S-400 agreement and its impact on bilateral relations. The Turks want the White House to waive congressional sanctions on Turkey. Trump’s policy team and the U.S. Congress, in turn, want to make an example out of the Turks. They aim to teach a lesson to India, Saudi Arabia and Qatar, which expressed an interest in the Russian air defense system. Erdoğan’s meeting with Trump was key to stopping the S-400 dispute from turning into a train wreck. Believing that train wreck to be unavoidable, the U.S. bureaucracy is busy looking ways to recover. As such, leader-to-leader diplomacy seems to be the final chance for both countries.

Before flying back home, Erdoğan will make one final stop in Beijing, China to hold a tête-à-tête meeting with President Xi. Against the backdrop of lurking protectionism, Turkey is a country with which China should want to form a strategic trading partnership. Ankara is also a key player in the “One Belt, One Road” initiative.

Having attended the G20 summit and visited China after the Istanbul rerun, President Erdoğan will take stock of the state of Turkish foreign policy in light of critical meetings with the “Big Three” – the United States, Russia and China.

Self-reflection and knowing your rival
Next
Loading...
Loading...
We use cookies to ensure that we give you the best experience on our website. If you continue to use this site we will assume that you are happy with it.Ok