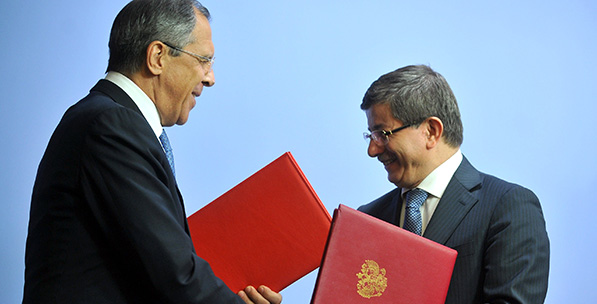 Now as the prime minister, Davutoğlu will show his integrationist and internationalist character by placing a premium on macroeconomic stability and expansion of external economic links to stimulate exports and growth.

Although we are currently in the beautiful surroundings of the island of Bali in Indonesia to follow the “6th Global Forum of the United Nations’ Alliance of Civilizations” and participate in the panels concentrating on peaceful coexistence of cultures, our thoughts are bound up in the critical leadership transition in Turkey. This week became the stage for a compressed period of drastic changes in Turkish politics as a result of which global public opinion sharply focused on the country.

Observers of Turkish politics witnessed the smooth leadership transition within the AK Party from President Tayyip Erdoğan to the Prime Minister Ahmet Davutoğlu in an extraordinary party congress. While feeling the sadness of sending its founding leader and mentor Erdoğan to Çankaya as the Republic’s new president, the party organization embraced Professor Davutoğlu as its new leader and prime minister.

Looking at the financial markets and international circles, the leadership transition has been perceived positively and there is widespread expectation of continued economic stability. Coordinating Economy Minister Ali Babacan and his close colleagues in the economic bureaucracy are also have kept their posts in the new Davutoğlu cabinet. If there is going to be a slight change in Turkey’s development narrative, the general perception is that it will be realized after the general elections next year, rather than in the early days of Davutoğlu as prime minister.

Davutoğlu’s election as the party chairman and prime minister after Erdoğan is not only a landmark development because of his high-caliber intellectual mind and conceptualization capacity that could make the AK Party’s political discourse more sophisticated. But the existence of a Davutoğlu figure at the top of the party and the government is important as a sign of this political movement’s global outlook and desire to maintain global integration in political, economic and cultural fields. Although he has been wrongly accused of neo-Ottomanism and pan-Islamism as foreign minister, Davutoğlu proved himself as an integrationist visionary who strengthened Turkey’s links with both the East and West.

Adopting a multi-pronged civilizational discourse, he pushed for visa-free travel arrangements, free trade agreements, regional partnership initiatives not only with countries in Turkey’s immediate neighborhood but also countries in East and Southeast Asia, Latin America and sub-Saharan Africa. He worked tirelessly to improve Turkey’s standing at the U.N. and the Bretton Woods institutions, while trying to integrate Turkey with crucial regional initiatives such as ASEAN, African Union and CICA, in addition to its much-wanted destination, the EU.

When Turkey’s exports broke year-on-year records in the last decade allowing the country to go past the global economic crisis with minimal damage, it was a great injustice to miss the point that Davutoğlu was the leading political actor alongside Prime Minister Erdoğan, who was pushing for new market openings. He spearheaded Turkey’s emergence as a “rising power” in the international system with new-found self-confidence, links of economic interdependence with multiple actors, leadership in cultural initiatives such as the Alliance of Civilizations and pursuit of leading positions in international institutions such as NATO, IMF and G-20.

Now as the prime minister, Davutoğlu will show his integrationist and internationalist character by placing a premium on macroeconomic stability and expansion of external economic links to stimulate exports and growth. Although not an economic technocrat from profession, he has been one of the brightest foreign ministers in terms of facilitating the expansion of exports and impetus of domestic economy as he knows all too well the importance of “economic depth” as one of the formative elements of “strategic depth.”

President Erdoğan and Prime Minister Davutoğlu
Previous
The AK Party's Political Identity
Next
Loading...
Loading...
We use cookies to ensure that we give you the best experience on our website. If you continue to use this site we will assume that you are happy with it.Ok