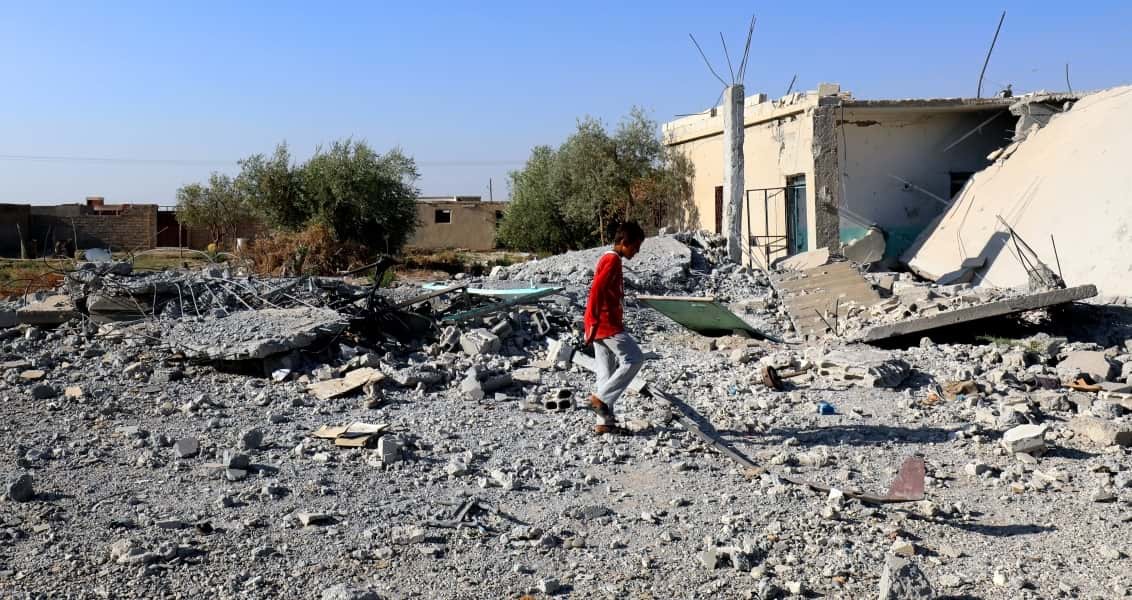 Does Turkey have to Stand Idly against YPG Terrorism?

The 9/11 terrorist attacks took place in 2001. Since then, major changes have taken place in the Middle East. Turkey, one of the most important regional powers, became greater and more powerful. At the same time, the country set a new course for itself. It acted on its own behalf and tried to break the chains of dependence. At some point, the forces of evil, which sought to divide the Middle East and consolidate their dirty order through region-wide instability, started to see Turkey as a threat. Consequently, all crises that took place or became deeper in the Middle East were portrayed as conflicts about Turkey. Israel, Iran, Egypt, Qatar, Pakistan and Syria have been used by the forces of evil to tame the Turks.

What happened in Qatar, Israel, Pakistan and Syria over the past month cannot be considered independent of Turkey’s position or the broader plan to isolate Turkey. Let us first look at the Syrian civil war – the crisis that has been going on for the past six years on our doorstep. At this point, we have lost count of how much blood has been spilled in Syria. The situation is quite sad. There is nothing but death, captivity, migration, bloodshed, hunger and poverty across the border. To make matters worse, all of the tragedies have come to be considered ordinary events. Over the past four years, the true reasons behind the Syrian crisis have been forgotten, and the situation has been reduced to the presence of Daesh militants in the country. Time and again, experts claim that the Syrian crisis cannot be resolved unless the war on Daesh is successfully completed. Under the pretext of fighting Daesh, the PKK’s Syrian affiliate Democratic Union Party’s (PYD) the People’s Protection Units (YPG) militia was trained and equipped. The same experts said that Daesh had to be removed from Jarablus, Raqqa and Mosul.

One thing led to another and Daesh reached the point of defeat. What happened then? The same people who eagerly reduced the Syrian crisis to Daesh have now started talking about yet another terrorist organization. To be clear, they do not just mention that it is there. Instead, they attempt to portray the Syrian crisis as directly linked to that terrorist group, which is known as al-Qaida. By saying that the Syrian question is nothing but the al-Qaida question, they not only seek to keep the world’s memories of 9/11 alive, but also believe that they have found a new tool to twist Turkey’s arm. No wonder that Brett McGurk, the U.S. special envoy for the global counter-Daesh coalition, talked about the al-Qaida presence in Idlib before making bogus accusations against Turkey. What they desperately want is to force Turkey into a corner. Their message to Turkey is loud and clear: Interfere in Idlib yourself or watch the YPG interfere instead. Of course, one cannot help but wonder why Idlib should be a priority for Turkey. What reason does Turkey have to launch a military intervention on Idlib with Afrin right there?

Clearly, more questions follow: Why should Turkey stand idly by as the YPG interferes in Idlib? That is simply unthinkable. All of this is part of a plan to strong-arm Ankara. For the first time, however, Turkey is engaging the question of regional security as a self-confident power. It seeks to maximize its own interests and resists impositions by others. At the micro level, it forms new alliances. To be clear, the threat is quite serious and we have no reason to downplay it. But it is equally important to appreciate Turkey’s power and its recently acquired capabilities. The fight will get messier, but Turkey shall resist. Together, we will resist and win.