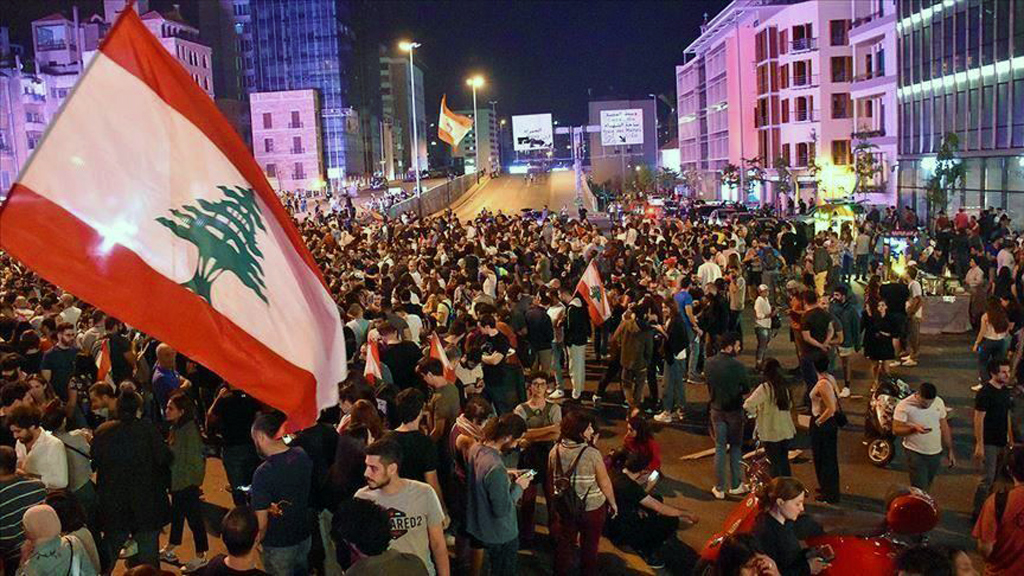 Despite large-scale developments, changes since start of decade, some problems triggering start of uprisings in Arab countries still exist

The Arab Spring, considered a milestone in Middle Eastern history, was able to — at least temporarily — reduce the level of injustice in Arab countries. Uprisings and revolutions caused a serious improvement in political awareness in Arab societies. Arab regimes now have to take into account the reactions of their people before certain developments, and the protests taking place in the last few weeks show that people in the region are determined to finalize the process they left unfinished in 2011-2013.

The term “Arab Spring” represents a period in which various demonstrations — demanding tangible changes for freedom, human rights, democracy and economic development — and protests against poverty, unemployment and political corruption were conducted — and still ongoing — in Arab countries, starting from the end of 2010. It could also be described as a decade-long national, regional, global, social and political movement in the Arab world. It’s also possible to define “Arab Spring” as the Arab peoples’ fight for liberty against the Arab dictators and their despotic regimes. In contrast, it may as well be viewed as a period of political transition, instability, chaos and depression in the Arab world, if focused on the consequences.

The term was used, with Western encouragement as well, to refer to rapid developments in the Middle East, with hopes that the people in the Middle East and the Arab world would live in abundance and more freely and that democracy would rule in the region. It was adopted and used by almost everyone in the region, including the Arabs and Muslims. Considering the West’s global policies and the developments in the region, it is safe to say that these expectations were not met and the situation in the region even got worse. Built in the West and adapted to the region, the term “Arab Spring” became a substitution for the Western countries’ tools for controlling the Arab world, instead of serving to a proposed democracy-exporting project.

Western countries did not hesitate to transform the process to an “Arab Winter” when the expected results were not attained. After two years of confusion and uncertainty, the Arab Spring left itself to an Arab Winter and the region found itself in the midst of countless murders, civil wars, military coups, failing states, invasions, political instability, economic collapse and interventions from violent non-state actors.

The democratization of the Arab world started when Mohamed Bouazizi, a young Tunisian engineer who was working as a street vendor due to unemployment, attempted suicide by setting his body on fire, on Dec. 17, 2010. Following his death on Jan. 4, 2011, mass demonstrations began in Tunisia. The country’s ousted President Zine El Abidine Ben Ali’s 23 year-long despotic regime fell 10 days later on Jan. 14, with the completion of the Jasmine Revolution.

These developments in Tunisia triggered uprisings in other Arab countries. Starting a huge wave of protests in Egypt, Libya, Yemen, Syria and Bahrain, the Tunisian revolution became a catalyst for the regime falls in Syria and Yemen, and regime transitions in Egypt and Libya. In addition, smaller scale demonstrations, rebellions and armed conflicts were witnessed in Saudi Arabia, Algeria, Jordan, Iraq, Lebanon, Morocco, Oman and Mauritania.

The protests continued in various countries after the first wave in 2011-2012. There have been regime changes as a result of these activities in the last year in Iraq, Lebanon, Algeria and Sudan. The mass protests in Egypt against the government, while failing to demolish it, certainly weakened the despotic regime of President Abdel Fattah al-Sisi. Some spectators label this new wave of protests as the second wave of the Arab Spring. Because the aforementioned problems are not resolved yet, mass protests are likely to arise in any of these countries.

The most radical, yet the most frequent demand expressed in the first few days of the protests was for the current governments to fall. The regimes in the Arab world were not sustainable. Aside from the changes to the governments and improvements in life conditions, the demands can be split into three categories: economic, political, and social.

The first and foremost demand was for the establishment of economic freedom: ending poverty and unemployment. Poor living conditions are at the heart of the issue in the region. For example, Bouazizi, although studied engineering, could not find a job, and had to work as a street vendor. The government did not let him do that either, and on top of that, he was publicly harassed and humiliated by the police, which was the final straw for him before he committed suicide.

The second group of demands: political rights. The right to participate is at the forefront of political rights. Arab societies now feel honor-bound to decide how they will be ruled and use their right to choose their own fate. They demand their governments to take them into consideration while making decisions.

The third group is social/cultural rights. In many Arab countries like Tunisia, foreign regimes were in power and the people were worried about the future of their cultures. They felt like they were in danger of losing their cultural values and started resisting their regimes. This is also the reason why the countries most affected by the wave of protests — Tunisia, Egypt, Yemen, Libya and Syria — were “modernist republican regimes” while traditional monarchies were not damaged from the uprisings as much.

Nearly all of the countries in the region were worried about the Arab Spring, except for Turkey and Qatar, who were sympathetic to the idea of regime changes and built relationships with the newest actors. Countries traditionally in favor of the status-quo did their absolute best to turn the Arab Spring to an Arab Winter. Prioritizing gradual change and political stability, Turkey and Qatar had a humanitarian approach to the people in the crisis areas. Turkey is currently hosting approximately four million people who escaped from the chaos in their own countries.

The newly formed Israel, Saudi Arabia and UAE alliance tried to prevent the Arab regimes from collapsing but they were not successful in doing so. These three countries first made the Egyptian Muslim Brotherhood regime to fall, and then declared the Muslim Brotherhood, and all closely related actors, as terrorist organizations. Revising their status quo points of view, they also started following interventionist policies and adopting a pro-change attitude. They are aiming to influence the new developments in the region in favor of authoritarian and monarchical regimes, interfering in all critical points.

Meanwhile, Iran initially perceived the Arab Spring as delayed reform exports, but yet put on a sectarian attitude after the uprisings reached Syria. In other words, Iran entered the picture as a pro-Shia actor in every country and didn’t hesitate to use every means possible to ensure the continuation of the Assad regime. Iran was in part responsible for the civil war that broke out in Syria, resulting in the death of hundreds of thousands of innocent Syrians, with the military units it sent. Similarly Iran, directly took part in the civil war in Yemen, supporting the Houthis’ rebellion.

During the first couple of years following the start of the Arab Spring, global actors, sometimes indirectly and sometimes explicitly, contributed to the success of the mass demonstrations. But Western countries started getting increasingly worried as political forces such as the Muslim Brotherhood rose to power. They started alienating mainstream political and social Muslim actors, who pioneered the change in the first place and even attempted to punish the countries that were supporting these actors in the region, such as Turkey and Qatar.

Western countries who enabled the Abdel Fattah el-Sisi-led coup in 2013 to take place, supported Sisi’s regime to the greatest extent on international platforms. Yet again, Libya was dragged to political instability and chaos due to the global actors’ interventions. France, Russia and the U.S. are supporting Gen. Khalifa Haftar, an illegal actor who has control over eastern Libya, instead of the internationally-recognized Government of National Accord, which is the legitimate government according to the UN. The global actors are in support of the authoritarian and the secular and continuing to embrace the regimes that are dependent on them.

Haftar is Russia's stone to kill many birds
Previous

Turkey's Libya move and beyond
Next
Loading...
Loading...
We use cookies to ensure that we give you the best experience on our website. If you continue to use this site we will assume that you are happy with it.Ok