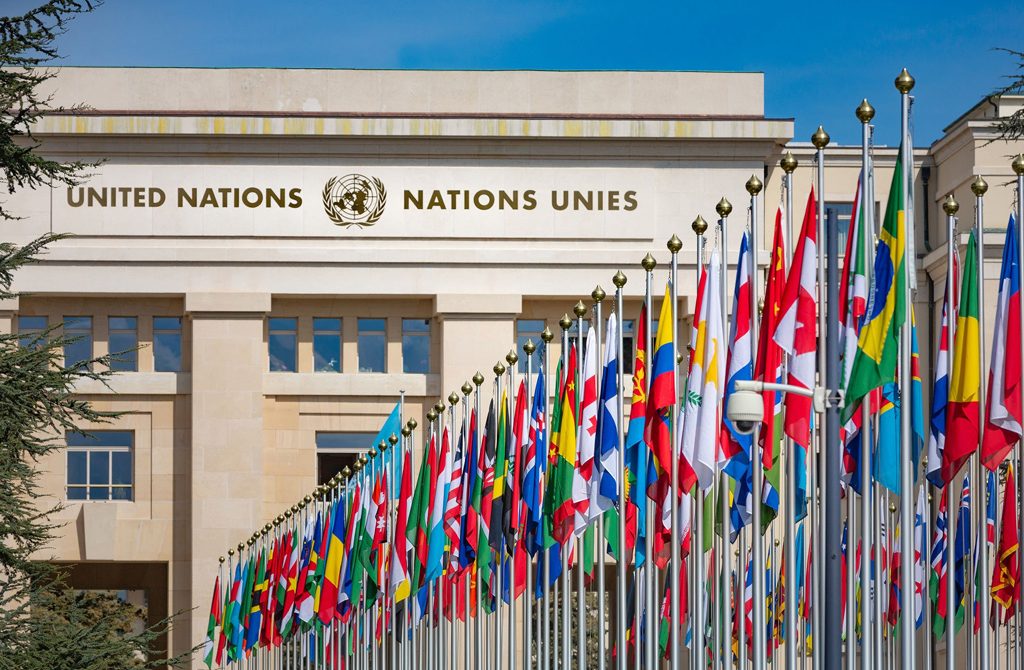 Flags of various countries are seen outside the building of the United Nations, Geneva, Switzerland. (Shutterstock Photo)

Crisis deepens in the international system and United Nations

We are living in an age of crisis, with the world's economic and political system more complicated than ever due to the unfair actions of the U.N. and U.S.

With the collapse of the Soviet Union in 1991, the Cold War period and the bipolar system ended as the world entered a chaotic, transitory chapter. American hegemony has been eroding ever since. New challenges like international terrorism and an increase in violent non-state actors emerged shortly after the collapse of the communist bloc and the end of ideological polarization.

The continuous rise of other global powers like China and Russia has begun to undermine American superiority. While Europe has lost its heavyweight position in the new global balance of power, the great rivalry is now mainly between the United States, Russia and China.

Today, the world’s political and economic system is in a deep crisis due to the fact that current international relations are mostly shaped by power politics, rather than rules, norms or principles. The U.S. no longer respects the rules and norms established by international organizations. The current international system can be characterized by four different factors that have each contributed to the crisis it is experiencing. Below, I will briefly discuss the global crisis in terms of these four contexts from the greatest to the smallest.

First, the biggest and most fundamental factor impacting the current world system is Western civilization, which stems from two main sources: Judeo-Christianity and the Greco-Romans. While the first reflects the religious dimension and was redefined and reinterpreted with the Reformation; the latter represents the secular dimension and was redefined and reinterpreted with the Renaissance. In other words, the West has been controlling the world order for the last five centuries. This Western hegemony lasted until the end of the 20th century. Throughout their hegemonic period, the main Western countries had been following liberal policies in their intra-Western relations and realist policies in their relations with the non-Western world.

Ironically, the West lost its hegemony shortly after the establishment of two symbolic international institutions, the World Trade Organization (WTO) and the Organization for Security and Co-operation in Europe (OSCE), which represent the market economy and liberal democracy. However, Western countries faced with competition from the authoritarian, communist bloc began to rapidly move away from these two traditional Western values.

The second aspect shaping the world system is the concept of the nation-state. Since the Westphalian peace treaties and the French Revolution, the world has been experiencing the nation-state system, which is based upon two main principles: territoriality and citizenship. Until very recently, nation-states enjoyed absolute sovereignty over a certain piece of land and a group of people. However, with some recent developments, the power of the nation-state has declined.

On the one hand, nation-states lose their power in favor of larger supra-national political entities such as the European Union. On the other hand, they lose power in favor of narrower political entities such as sub-national regions and provinces. The concept of citizenship is not absolute anymore; it is multilayered, namely local, national and at European levels, for most Europeans. However, Israel and India have recently put the last nail in the coffin of the nation-state. According to the “nation act,” Israel is not the state of its citizens, rather, it is a state to all Jews wherever they live. India has passed a similar decision that excludes some groups of people from citizenship.

The third aspect of the current international system is the United Nations, which can be considered the closest thing to a world government with its many specialized global institutions. The U.N. framework is composed of many organs, sub-organizations and specialized agencies such as the WTO and the World Health Organization (WHO). Each of these organizations is focused on a certain global issue. The U.N. has been playing a decisive role in many international crises.

However, recently the U.N. has been criticized for its inaction during international crises. It cannot produce solutions to international problems or prevent the emergence of international issues. The U.N. was unable to play a meaningful role in Palestine, Rwanda, Bosnia, Afghanistan, Somalia, Lebanon, Syria and Iraq.

To begin with, the U.N. Security Council, the main decision-making body, and the five permanent members of the body block the U.N. system, only serving the national interests of the five permanent states. Second, it cannot take any action against certain actors like Israel. The U.N. cannot deter Israeli aggression, expansionism and human rights violations. Furthermore, the U.N. cannot solve international problems emanating from poverty, famine, disasters and failed states.

The U.S., the founding father of the U.N., does not respect the decisions made by the organization. It has recently withdrawn from some of the specialized U.N. institutions such as UNESCO and the WHO. There is no philosophy or political discourse behind the U.N. framework.

Therefore, the reformation or revision of the U.N. system is being scrutinized as of late. Many states and observers call for a change in the number and structure of the U.N. Security Council. Some observers argue that the number of permanent members should be increased. Since the U.N. does not only represent the West, the U.N. must be maintained but it should be made more inclusive. It is the most comprehensive international organization in the world. Today’s world is not that of the 1940s. Furthermore, the power of the U.N. Security Council should be reduced and that of the U.N. General Assembly should be increased.

Hard for U.S. to maintain hegemony

The fourth and last dimension of the current international system is the hegemony of the United States. Enjoying absolute military power, economic strength and the consent of other states throughout the Cold War period, the U.S. intervened in most of the regional and global issues worldwide. However, nowadays, the U.S. has been facing problems in maintaining its global hegemony.

For instance, the U.S. invaded Iraq but could not rebuild it; it intervened in the Syrian crisis but failed to be effective on the ground. Most recently, the U.S. withdrew from Afghanistan after 20 years of invasion leaving the country to the Taliban, the organization that has been declared a terrorist organization by the U.N.

Even though it is the only global hegemon, the U.S. denies providing global public goods. In other words, the U.S. indirectly claims that it will not provide international security and economic development anymore. A real change after the hegemony period has begun to emerge. Nevertheless, there is no alternative power that is eager to replace the U.S. and provide global public goods. While the U.S. is the hegemon, it has abandoned the status quo, since it does not serve its national interests anymore. The U.S. has been following a revisionist foreign policy and does not mind violating the main principles of the U.N. For example, the U.S. government has recognized the “united Jerusalem” as the capital of Israel and the annexation of the Golan Heights by the Israeli state, both steps that go against the rules and norms of international law and decisions of the U.N. In other words, the U.S. is among the anti-U.N. states.

On the one hand, the U.S. allies have been following a soft balancing policy toward the U.S. There is increasing mistrust between the U.S. and its allies due to its inclination to follow unilateral policies. On the other hand, rising powers such as China, Russia and India have begun to take a larger slice of the cake. These states have narrowed the space for the U.S.

The developments in the aforementioned four areas have thrown the international system into a deep crisis. Similar to the systemic crisis of the 1930s when the British were overtaken by the U.S. as the largest global power, however, Washington failed to assume London’s role of providing global public goods. Today, China is not demonstrating the willingness to undertake any responsibility in providing global public goods. In order to avoid the current course of events, both the hegemon and the challenger states need to reverse the current processes and understandings.

The systemic collapse in the 1930s resulted in the disintegration of the global system in the great depression, genocide at the heart of Europe and a world war in which more than 50 million people lost their lives. Similarly, the recent rise of ultra-nationalism, xenophobia, racism, Islamophobia and economic protectionism may lead the world into global chaos, political instability and economic deprivation. In order to prevent this conclusion, the U.N. system must be reformed in a more effective, inclusive and just manner.

Analysis: Pakistan’s Response to the Current Situation in Afghanistan | An Assessment
Previous

Transformation in global system and Erdoğan’s UN visit
Next
Loading...
Loading...
We use cookies to ensure that we give you the best experience on our website. If you continue to use this site we will assume that you are happy with it.Ok