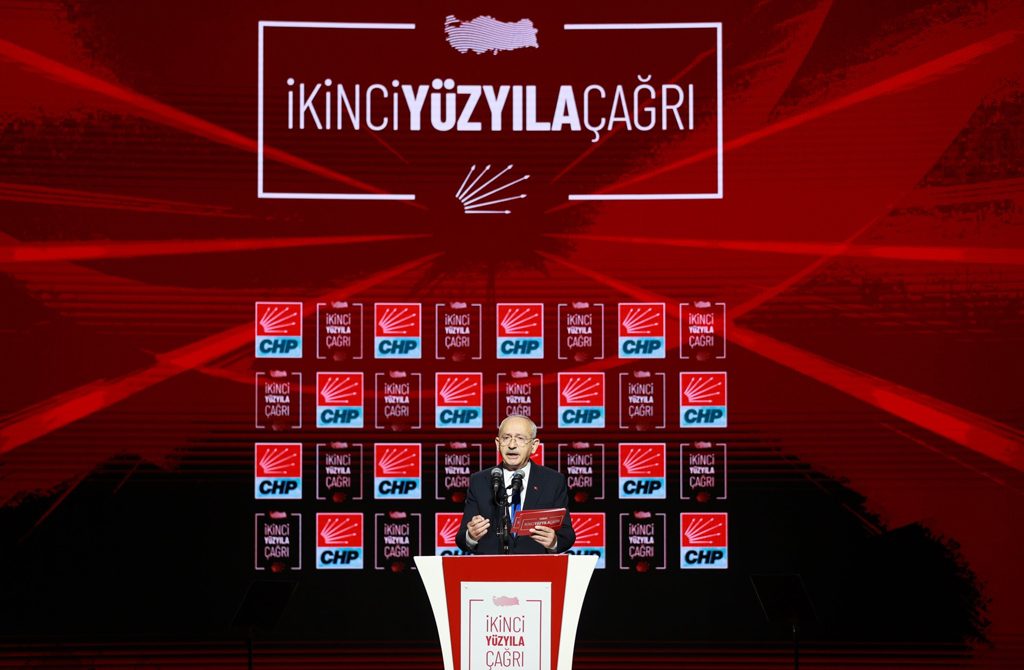 CHP head Kılıçdaroğlu revealed the main opposition’s development plan. Ahead of that announcement, he raised expectations by claiming that he would 'unveil a vision to end the crisis forever'

As the 2023 elections draw near, Türkiye’s political parties begin to engage in a clash of competing visions for the future. I must say that I find this kind of competition more valuable than insults and accusations.

Exactly one month later, the opposition bloc known as the “table for six” unveiled its constitutional amendment proposal for the “augmented” parliamentary system. That proposal, which reflects the opposition’s intention to govern as a coalition, faced criticism for recommending that the president and the prime minister be popularly elected. Moreover, pro-opposition groups noted that the proposal ignored labor unions and union rights.

Over the weekend, the chairperson of the main opposition Republican People’s Party (CHP), Kemal Kılıçdaroğlu, unveiled his movement’s development plan. Ahead of that announcement, he raised expectations by claiming that he would “unveil a vision to end the crisis forever.”

According to media reports, that document, which the CHP prepared with help from international figures, focuses on the economy as a whole. Its purpose is to explain how the opposition hopes to address the country’s pressing problems. Let us briefly analyze the announcement itself and its timing. The opposition has faced criticism for more than a year for having failed to identify its joint presidential candidate. Opposition leaders dismissed that criticism, insisting that they would rather wait to prevent the candidate’s reputation from being tarnished.

However, the competition among potential candidates within the main opposition party as well as tensions between the CHP and the Good Party (IP) hurt the opposition. The opposition also lost time due to sporadic speculations about Kılıçdaroğlu, Istanbul Mayor Ekrem İmamoğlu or Ankara Mayor Mansur Yavaş running. By contrast, President Erdoğan (who will run as the People’s Alliance candidate) continues to perform successfully in the international arena and connect with voters by unveiling social housing projects and other measures for low-income households.

In recent days, Kılıçdaroğlu’s candidacy had allegedly become less likely. By unveiling the vision document himself, the main opposition leader took a fresh step that could give him the lead in the race for the endorsement and tilt the balance of power within the “table for six.”

As the “table for six” focuses on the constitutional amendment, a common agenda and a road map, the CHP leadership unveiled their own vision document to make a new imposition on the opposition bloc. In this sense, the main opposition party and its chairperson, Kılıçdaroğlu, impose their vision on the “table for six” just as they imposed Kılıçdaroğlu as the joint presidential candidate.

Will all six opposition parties unveil their own vision documents? Will the rest follow in the CHP’s footsteps to align their agendas and election documents accordingly? Will the Good Party, Democracy and Progress Party (DEVA) and the Future Party (GP) – some of whose members are confident in economic matters – simply accept the CHP’s vision, which represents the outcome of Kılıçdaroğlu’s international trips? How will they respond to the criticism that the CHP’s vision amounts to “a recipe by imported consultants”?

Indeed, the AK Party’s deputy chairperson, Numan Kurtulmuş, said: “They yearn so much for the part that CHP apparently wants to go forward with imported economists to re-implement Kemal Derviş’s model in Türkiye.”

The components of the “table for six,” which seems fragmented over potential candidates, now take the stage with different (and potentially contradictory) vision documents. I believe that they will try to agree on a common vision in the end. After all, it goes without saying that the candidate and the vision must be synched to connect with voters. The opposition bloc, which presented the people with the question of “coordinating visions” on top of the candidacy issue, must surely know that the election is just six months away. In other words, they presumably think that it is quite easy to sync their candidate and visions to connect with voters.

Turkish opposition’s coalition obsession seen in both proposals
Next
Loading...
Loading...
We use cookies to ensure that we give you the best experience on our website. If you continue to use this site we will assume that you are happy with it.Ok