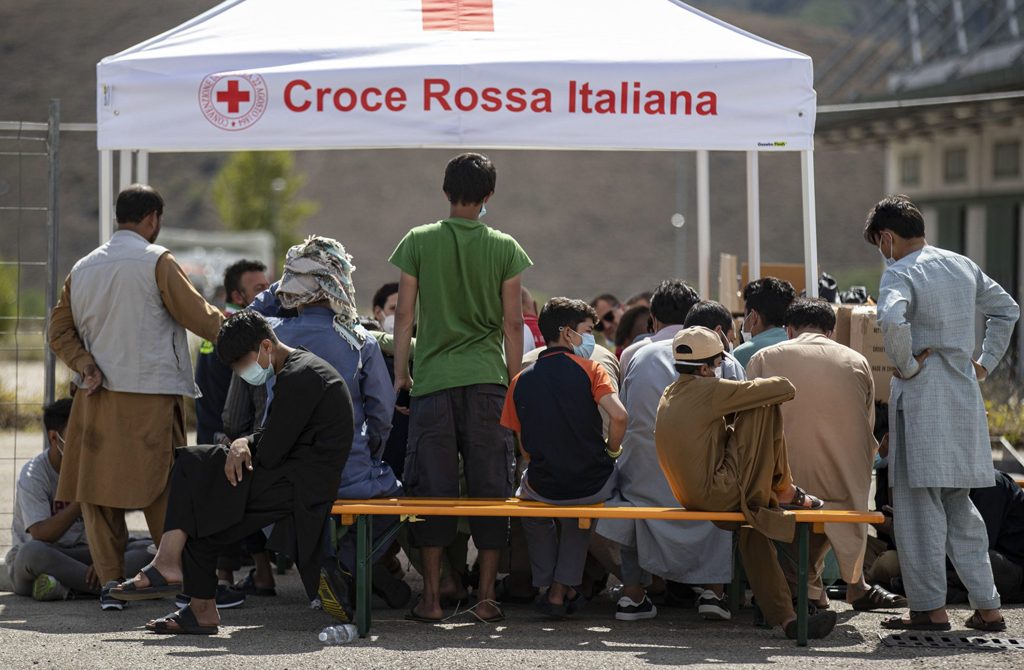 The United States and the European Union do not share the same views on Afghanistan. In the midst of a new crisis, Europe needs more autonomous foreign policy planning and implementation

The recent crisis in Afghanistan is a significant test case for the EU’s capabilities to formulate and implement consistent foreign policy and defense strategy without the considerable aid and direction of the U.S. Yet, in another major international humanitarian crisis, European leaders face pressure to take some serious decisions.

European leaders are receiving pressure to mitigate the harmful consequences of the Taliban’s takeover of power in Afghanistan in the short run. However, in the medium and long term, they have to make more significant strategic choices that may have broader consequences for trans-Atlantic geopolitical relations.

Due to geographical distance, European leaders feel less pressured about the current crises than those in Syria, the Balkans and North Africa. However, if the instabilities in Afghanistan loom further, they will face thousands of more refugees and irregular migrants on their frontiers.

This may reshape the domestic policies of many European countries and strengthen the extreme right, including xenophobic and Islamophobic parties and politicians. The flow of extremists and illegal drug trafficking may also be the indirect consequences of the uncertainties in Afghanistan.

The Afghan case needs to be scrutinized more closely with regard to the standards of human rights, especially the rights of women and children. It is a test case for Europe’s human rights-oriented normative foreign policy principles and practice. There is increased diplomatic traffic in Brussels to sort out a new game plan to deal with the crisis in Afghanistan.

There are severe paradoxes in determining Brussels’ game plan on the Afghanistan file. Will European leaders emphasize humanitarian principles and the human rights agenda or act more pragmatically and accept the Taliban regime for the sake of stability?

Will European leaders pursue an autonomous foreign policy strategy or jump on the bandwagon with Washington? Will they cooperate and coordinate their policies with neighboring countries such as Iran, Pakistan and Tajikistan? And will they pursue a long-term and comprehensive stabilization and peacebuilding policy or keep a shortsighted focus on security? The answers to these questions necessitate more specific strategic choices, and those preferences will help shape the cornerstones of the EU’s Afghanistan strategy.

Early signs of these debates demonstrate that there is still no consensus around those issues. For example, in the recent discussion among the foreign ministers about the irregular migration and resettlement of Afghans in Europe, Foreign Minister of Luxembourg Jean Asselborn criticized his German, Austrian and Slovenian colleagues by arguing that “supporting people who are in mortal danger should be the priority rather than securing the borders and to organize repatriation.”

In the debate related to trans-Atlantic cooperation, President of the European Council Charles Michel highlighted the importance of collaboration with NATO and emphasized the increasing

importance of developing strategic autonomy for the EU. German Foreign Minister Heiko Maas also argued that “NATO decisions are de facto made in Washington. NATO in Brussels hardly has any chance to have a say but merely operationalizes them.” Maas called for the strengthening of the European pillar of NATO.

There is also an emerging consensus among European decision-makers to work more closely with the neighboring countries of Afghanistan and collaborate more actively with Turkey on the Afghanistan issue. European leaders are strongly supporting the idea of Turkey administering the Kabul Hamid Karzai International Airport.

However, among the European countries, there are still ongoing debates about whether to recognize the Taliban as the legitimate ruler of Afghanistan or wait for some time. There is a tendency to pursue wait-and-see policy rather than to acknowledge and engage policy. They would like to see the Taliban’s practices in women’s rights, children’s rights, and a broader human rights frame. I suppose the European leaders are too late in their engagement with the Taliban.

In this situation, they may lose significant leverage in Afghanistan if they recognize the Taliban too early, but this may also mean that they realize the human rights record of the Taliban. There is still a lack of consensus on this issue. In any case, there is also severe time pressure on European leaders. In a context where some significant powers recognize the Taliban in Afghanistan, they may also lose their leverage with this policy.

Europe has a different view than the U.S.

The European public had never taken ownership of the NATO operation and the occupation of Afghanistan. That is why only a limited number of people were frustrated about the NATO evacuations from Afghanistan. Europeans are more concerned about a flow of irregular migrants.

For a sustainable solution to the current crisis in Afghanistan, European leaders are pressured to formulate a more consistent strategic plan. A developmental aid policy and a long-term, sustained and coordinated peace-building effort may be more effective Afghanistan policy.

Still, no one in Europe wants to commit to a long-term Afghanistan strategy. European leaders also have an emerging consensus to support and fund Afghanistan’s neighbors such as Pakistan, Iran and Uzbekistan based on certain conditions. Such a policy may provoke some criticism from Washington but may work to fulfill Europe’s priorities.

The current coordination and cooperation problems between the U.S. and European countries are also a significant issue that may have broader and longer-term ramifications. In his foreign policy strategy discourse, Joe Biden has promised more close cooperation and coordination in trans-Atlantic relations, but this discourse is not producing expected practical outcomes for Europe. Indeed, in practice, the early parts of Biden’s presidency have not been much different from the Trump presidency.

Many high-level European diplomats are frustrated about Washington’s laxness in coordinating the Afghanistan issue with their European counterparts. For some European diplomats, the mismanagement of the Afghanistan debacle is simultaneously a warning bell for European leaders for the future of trans-Atlantic security cooperation. Essential politicians and leaders such as Michel, Maas and French President Emmanuel Macron are already more vocal about the need for a more autonomous EU foreign policy planning and implementation.

European leaders were less successful in handling the Russian annexation of Crimea or dealing with Daesh and other terrorist groups, including the extreme right and neo-Nazi extremists. Overall, American leadership and Merkel’s sincere efforts were crucial in overcoming the major geopolitical and geoeconomic crises in the last two decades. In the cases where partners of the trans-Atlantic alliance failed to coordinate and cooperate, the crises management profile was less effective.

Now that Merkel is out of the European political equation and Washington is less interested and less committed to serving the security interests of European partners, there is a need for a new game plan for the politicians in Brussels. This is a more urgent priority than it seems, but this debate is overshadowed by the critical importance of the Afghanistan crisis. How Brussels will handle the current Afghanistan crisis may give a better idea about Europe’s new pathways in security and foreign policy. This internal debate within Europe will not, however, get settled any time soon.

Q&A: Bayraktar AKINCI UCAV | A New Period in Unmanned Air Warfare
Next
Loading...
Loading...
We use cookies to ensure that we give you the best experience on our website. If you continue to use this site we will assume that you are happy with it.Ok