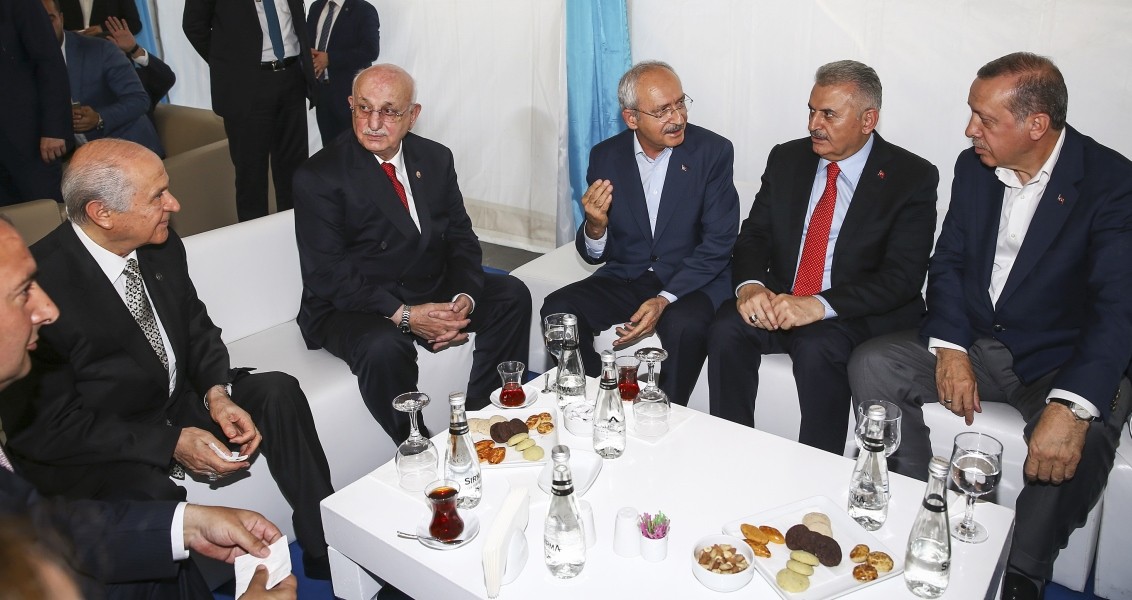 An "expert on Turkey" claims that Turkey will be divided because Erdoğan has consolidated his control. Really! This is not a joke.

There is a recent story that has begun developing in certain circles. This is not the first time we have read about disastrous scenarios regarding Turkey. Now, it is a new argument’s turn; namely, the “psychological partition” argument that has both internal and external carriers. “Coincidentally,” some experts on Turkey warn of a possible division in Turkish society, also claiming that such psychological division will be followed by a political separation. It is quite puzzling how and why people reach similar conclusions despite holding entirely opposing stances while employing reversed logics of reasoning.

We are ill-informed of what kind of mechanisms are in place for producing such a toxic psychological situation or how this feeling in society can morph into political division. It is rather more along the lines of fortune-telling. Some partition cases in history have been labelled as if they are necessarily comparable to the current Turkish society. In these scenarios, certain recent developments in Turkey are selectively organized to form a coherent whole that is presented as evidence of rising tension. This is combined with the already available and consciously designed pessimism about Turkey. Eventually it is offered like an objective reality. The name Recep Tayyip Erdoğan is viewed as enough to give rise to these doomsday scenarios – there is no need for further justification.

An “expert on Turkey” claims that Turkey will be divided because Erdoğan has consolidated his control. Really! This is not a joke. For some reason, Turkish society will be first psychologically and later politically partitioned and the argument goes that Erdoğan is “a corrupt villain.”

This is the level of reasoning. Leaving aside the controversial logic of such reasoning, it is impossible to understand why an expert on Turkey needs to insult the personality of the Turkish president. Why is he so angry? What kind of objectivity is this? This kind of writing on Turkey is becoming increasingly less trustworthy.

Both of these arguments are inconsistent and are, in fact, based on opposing logic. The former depicts Turkey as being full of fear while the latter depicts it as being under political control.

But thanks to their” expertise and sophistication,” they reach a similar conclusion: both fear and confidence are employed as causes of partition. But do not ask why and how.

A closer look at recent trends in Turkey reflects a totally different picture. The argument of partition can be supported neither theoretically nor empirically. For the last five years, Turkish society has experienced such a transitional period that mainstream society is politically stimulated and integrated. The strong belief that Turkey is fighting a war of independence and survival is now predominant among a large number of its citizens. Under these conditions it makes more sense to expect increased levels of solidarity, nationalism and unity rather than feelings relating to some form of partition. The coup attempt of July 15 actually served as a trigger in Turkey that brought together different political positions around the personality of Erdoğan.

Most of the public opinion surveys confirm this prediction. Erdoğan’s popularity has reached its highest level. It now hangs around 70 percent. Erdoğan enjoys a level of political and social support that has never before been experienced in the history of the Turkish Republic. Turkish society now holds the strong belief that it is moving toward building a new state and signing a new social contract under Erdoğan’s leadership. It seems that Erdoğan is politically powerful and socially popular enough to hold society together.

On the other hand, wishful thinking has no limits. Those who are increasingly becoming irrelevant in explaining Turkey continue to think wishfully, which makes them even more irrelevant. Because of this vicious circle they keep reproducing misguiding views on Turkey.

Challenging the Iranian Influence over Iraq
Next
Loading...
Loading...
We use cookies to ensure that we give you the best experience on our website. If you continue to use this site we will assume that you are happy with it.Ok