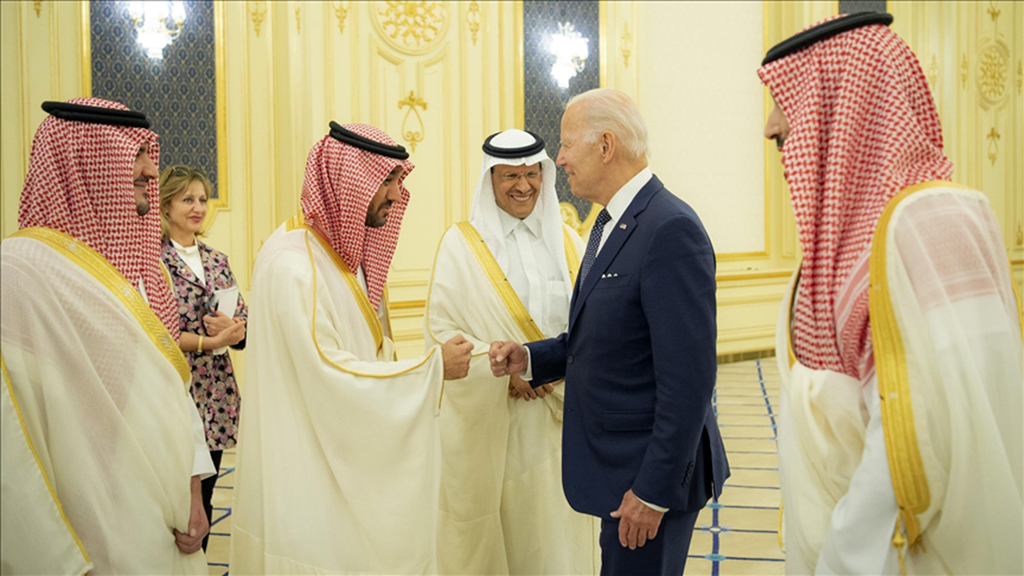 US President Joe Biden's visit to the Middle East reassures regional allies of continued engagement, but it is unlikely to mobilize them around US goals

US President Joe Biden’s visit to the Middle East offered no new policy but confirmed that the US is returning to the basics. The trip came out of necessity due to geopolitical realignments triggered by Russia’s invasion of Ukraine and global economic challenges. Both of these broader developments have reminded Washington that addressing the challenges of Russia and China could not happen without the Middle East. Biden’s visit reassures regional allies of continued engagement, but it is unlikely to mobilize them around US goals.

Biden’s visit aimed to reassure Israel about a potential deal with Iran, promise financial support for Palestinians in contrast to the exclusion policy pursued by Donald Trump, and return to a working relationship with Saudi Arabia given the global energy challenges. All these efforts amount to the US commitment to the region but offer no new policy. While the traditional US allies like Israel and Saudi Arabia welcome the visit, it is unlikely to result in significant policy changes.

Candidate Biden promised to revitalize the Western alliance and recommit to NATO to address the challenges posed by Russia, but more importantly, China. He found it difficult at first as the European allies did not want a new Cold War. The administration made some headway by strengthening European skepticism about China and preventing advanced technologies from being adopted. However, there was no immediate success in creating European unity regarding China.

Russia’s invasion of Ukraine resulted in a significant geopolitical earthquake in Europe and pushed US allies in the continent to think much more seriously about their security. While NATO was revitalized and long-standing neutral powers like Finland and Sweden wanted to join the alliance, Europe found it difficult to deter Russia. The US and its allies were able to punish Russia through sanctions, but this came at a cost in the form of high energy prices as well as food security challenges.

Russia has been an important actor in energy markets not simply as a producer but through its ties to major energy players like Saudi Arabia. Russia consolidated its influence over OPEC through its engagement with the oil cartel. The organization is now often referred to as OPEC+, and the good old days of America asking OPEC to increase production are primarily gone. Increasing oil production and reducing oil prices is a more complicated affair nowadays as oil-producing countries have to consider the potential implications for their relations with Russia.

President Biden’s visit was a result of this urgency in energy markets but also to signal to Russia and China that the US would not soon abandon allies in the region. Despite committing to shift to cleaner energy sources, the Biden administration has not announced a serious energy transition strategy. Reduced US capacity in oil production due to underinvestment resulted in more vulnerability to fluctuations in oil prices. While the US could mobilize Europe against Russia, influence over energy markets remained a weakness.

US wants to maintain the status quo

As the media has focused on many symbolic aspects of this meeting, it is difficult to miss that the US has not offered a new US policy toward Saudi Arabia. In many ways, this approach is a return to oil for a security framework rather than a new type of relationship with the Kingdom. It is clear that the US is unwilling to make any significant commitments to the region but wants to maintain a status quo where Russia and China’s influence can be curtailed at best. This approach, however, is unlikely to incentivize US regional allies to take a firm stance.

Biden’s visit was no big success

It is difficult to say this visit was a major success, given the fact that Biden’s political goals were modest in the first place. Biden wanted to strengthen his hand against Iran by showing unity with Israel, but his refusal to talk about military options may have, once again, exposed differences with Israel on Iran. He wanted to assure Palestinians through a commitment to a two-state solution but with no serious strategy offered. He wanted Saudi support on oil prices but offered no major security paradigm to push the Kingdom toward a new alignment. Biden may have achieved his modest goals, but it is doubtful they will create new regional momentum.

Can they dare for a new ‘Kurdish opening’?
Previous

Permanent July 15 awareness for 'this country'
Next
Loading...
Loading...
We use cookies to ensure that we give you the best experience on our website. If you continue to use this site we will assume that you are happy with it.Ok