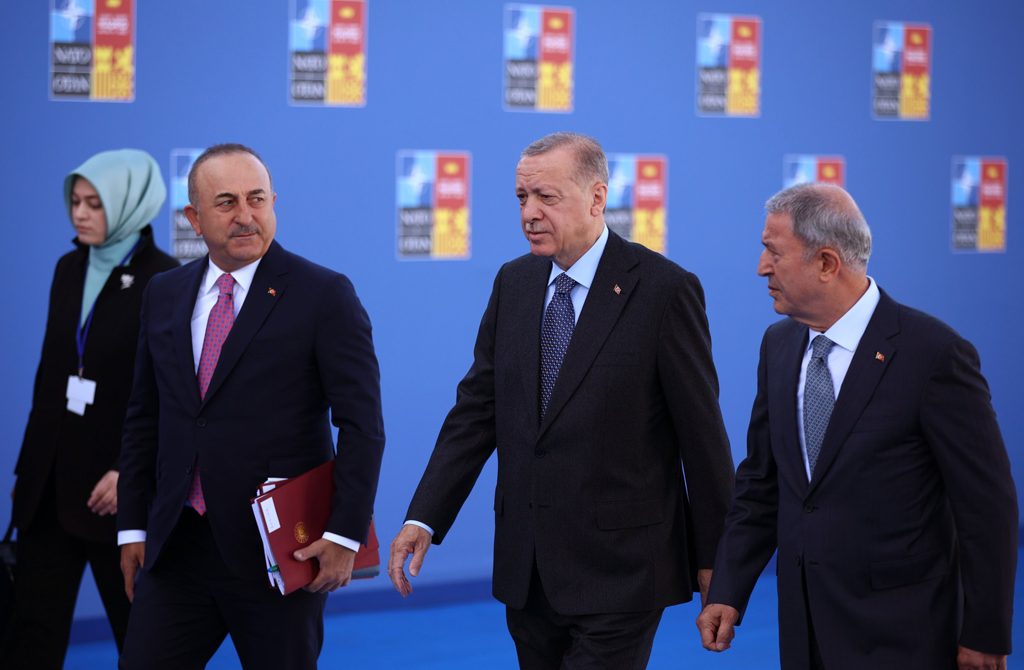 As Türkiye started to attract attention with its international relations and foreign policy, it also expanded its military presence to different states and redefined its relations with the West

Since the Justice and Development Party (AK Party) came to power in 2002, Türkiye has been trying to follow an autonomous foreign policy. One of the main objectives of the AK Party’s foreign policy is the quest for global status. Türkiye began to follow a rational, pragmatic, sectoral, diversified, multidimensional and interdependent foreign policy orientation. It prioritizes a win-win strategy and cooperation in foreign policymaking; setting the agenda for global issues.

Türkiye, in line with the changing conditions, has developed a new political discourse and behavior in the global context during the AK Party period. It has begun to take initiatives to become effective on global platforms such as the United Nations, G-20 and the Organisation of Islamic Cooperation (OIC) in order to provide solutions to problems that its friends face.

There are three main dimensions and indications of the AK Party foreign policy in the global context. First, Türkiye has been asking for more autonomy and independence from external powers. Türkiye asks for more autonomy in international relations and for a preventive security strategy. Türkiye has gained self-confidence in the international arena. Following a rational (sectoral) policy.

Türkiye, which has been experiencing a crisis of confidence with its NATO allies, was obliged to develop an autonomous foreign policy understanding. The AK Party and its leader Recep Tayyip Erdoğan have ended the country’s hierarchical relationship with the West. Most of the Turkish people and policymakers believe that most Western countries, most of which do not consider the attempt as a military coup, were behind the July 15 failed coup attempt and support anti-Turkish terrorist organizations. Therefore, Türkiye, both its policymakers and people, are determined to develop an Ankara-centered, multilateral, multidimensional foreign policy orientation. Based upon a rational and autonomous framework, Türkiye has started to pursue a sectoral foreign policy and initiate a cooperative process with all countries, such as Russia and China.

Second, Türkiye has been asking for global transformation, reformation and restoration. Türkiye developed a new political discourse toward the global system; it demands a more just and inclusive international system. With the introduction of the slogan “the world is bigger than five,” which was coined by Erdoğan, Türkiye has been a champion of the quest for the reformation of the United Nations system. Türkiye’s quest for a just system was transformed into a global demand.

Türkiye has begun to challenge the West politically and civilizationally. Türkiye opposes the West from the inside, not the outside. It invites the West to respect the values and principles developed by the West itself and asks the West not to be biased toward global and regional issues such as Palestine, Kashmir and Karabakh. Ultimately, Türkiye invites the West to restore the global system, which does not provide peace and stability anymore.

Third, Türkiye has been diversifying its foreign policy through new foreign policy openings and expanding its outreach. Especially after the failed coup attempt in 2016, Türkiye initiated new openings to non-Western parts of the world, i.e., Africa, East Asia and Latin America. While Türkiye wants to maintain its traditional cooperative relations with the West, it has been trying to improve its relations with the non-Western parts of the world based on interdependence and a win-win strategy.

Türkiye has increased the number of its diplomatic missions to 253 worldwide. Nowadays, it has the fifth highest number of diplomatic missions in the world. Parallel to the intensification of state global policies, activities of its nongovernmental organizations (NGOs) and economic actors have increased dramatically. Today, there are many global brand names such as Turkish Airlines and the Turkish drones (Bayraktar and others). While the first is one of the leading airlines in the world, the second one has changed the history of warfare. Many countries have been trying to acquire Turkish drones, which were tested in real wars in Syria, Libya, Karabakh and Ukraine. After increasing its military capacity, Türkiye has become an effective global player in the international political arena.

In principle, Türkiye under AK Party rule has been insistent on improving its relations with all international actors including the Muslim world, the Western world, the African continent, East Asia and Latin America. Besides its membership in NATO, the Council of Europe and other Western organizations, Türkiye is a member of the G-20, D-8 and OIC, and its foreign policy is shaped according to these memberships.

With the help of a rational and sectoral understanding, it strives to achieve autonomy in foreign policy. All in all, Türkiye has gained a significant degree of self-confidence in the field of international relations during the AK Party period. It began to take initiatives in foreign policy, and tried to be effective through humanitarian and development aid, especially in underdeveloped countries. Furthermore, it expanded its military presence to different states such as Somalia, Qatar and Libya. Lastly, it has redefined its relations with the West based on a horizontal relationship and a principle of equal sovereignty.

Türkiye wants 'lasting peace, stability' in Balkan region, says senior diplomat
Next
Loading...
Loading...
We use cookies to ensure that we give you the best experience on our website. If you continue to use this site we will assume that you are happy with it.Ok