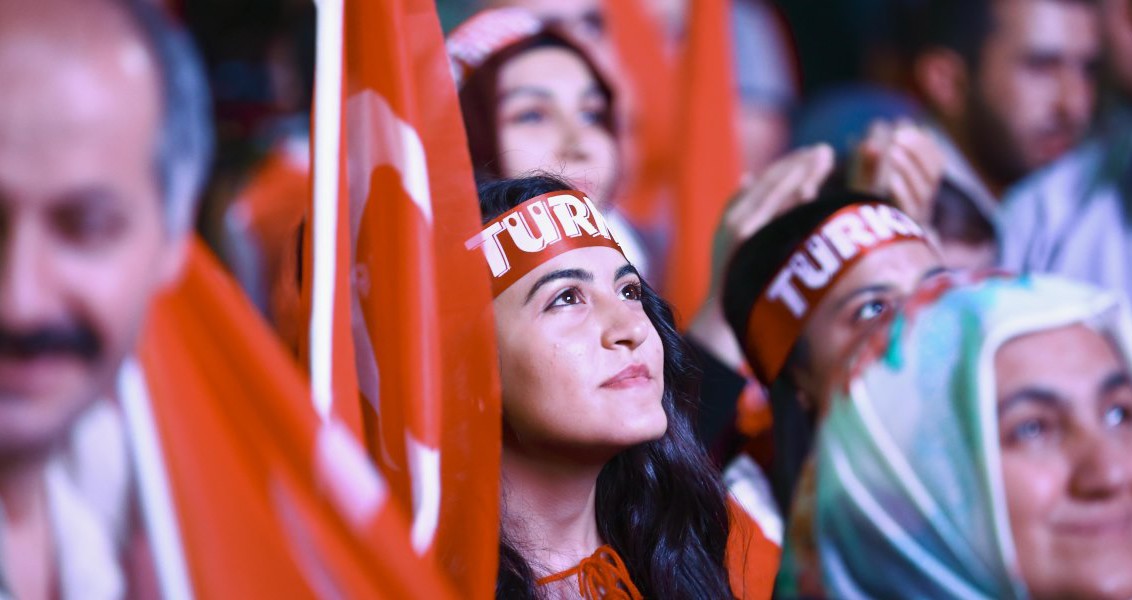 After the Failed Coup: Whither Turkey?

Turkish people from different political backgrounds, President Erdoğan and the government stood in harmony against those who wanted to establish a dictatorship through military power

A group of coup plotters in the Turkish military attempted a coup to seize the political authority on the night of July 15, 2016 by using terrorism and violence. Upon the reactions from different ranks and branches of the military, it was understood that the plotters violated the chain of command and the highest commanders of the Turkish Armed Forces (TSK) and the rest of the military did not take part in the coup attempt. Therefore, it appeared to be a junta’s attempt from the very early hours. President Recep Tayyip Erdoğan asserted that the Gülenist Terror Organization (FETÖ) controlled the junta. Who was this junta? The General Staff of the TSK also released a statement that was published on its official website, which described the coup attempt as “the attempts of treacherous terrorist members of the illegal organization [FETÖ].” Similar expressions were also used in testimonies given to public prosecutors by certain high-ranking commanders detained in the coup investigation. According to news reports, the aide of Chief of General Staff Gen. Hulusi Akar confessed to being a member of FETÖ and to having wiretapped Akar under the directives of the FETÖ’s high-ranking members, or “abis,” – “big brothers.”

In addition to this, the leader of the ruling Justice and Development Party (AK Party), Prime Minister Binali Yıldırım, and the Nationalist Movement Party (MHP) Chairman Devlet Bahçeli openly said that they share the same views regarding the coup attempt. Their statements show there is a consensus regarding the FETÖ as the main actor of the coup attempt. As Turkey has a history of military coups, the July 15 coup attempt, in many aspects, can be distinguished from the coups and junta leaderships in 1960, 1971, 1980 and 1997. The most striking difference is that the plotters used terrorist means such as opening fire from tanks and helicopters on the people in the streets. Apparently, the fact that they have terrorist means does not prevent them from being a junta. The failure of the coup attempt can be evaluated through four factors. The first is the popular resistance against it. The second is the powerful political leadership. The third one is the operational activity from the security apparatus of National Intelligence Organization (MİT), Special Forces Unit and Special Operations Unit. While these three factors formed the resistance bloc, the media as the fourth factor broadcasted in compliance with this bloc of the three resistant actors. As such, this coup attempt became the only one that failed in the history of modern Turkey.

THE STATE OF EMERGENCY AND BEYOND: TOWARD CONSOLIDATED DEMOCRACY

Considering all the processes so far, the coup attempt had no legitimate political ground. Turkey is governed by a president who received 52 percent of the vote and a ruling party in government that received 49.5 percent of the vote. The people have come to a point where they can quickly reflect on political and social events. The government and security apparatus have been carrying out effective operations against terrorist organizations. While there were hot public debates, there has been a process of social solidarity and cohesion. The opposition is alive and well. The media, first time in Turkey’s history, has been as free as to use the harshest tones about the ruling party. The economy has indicators of stability. On this political, social and economic ground, the anti-coup bloc was mobilized and prevented the coup from succeeding.

The broad anti-coup coalition and strong reaction against the coup was a democratic stance against the junta’s attempted establishment of an authoritarian regime. The state of emergency that was declared after the elimination of the coup attempt is a short-term legal transition period. After the Nice attack, France extended the duration of its state of emergency, which was declared after the terrorist attacks in Paris. Local authorities in the United Stated also declared states of emergency after unrest in Ferguson and Baltimore. The latest coup attempt in Turkey should not be evaluated as a separate incident. The coup attempt was part of illegal plots and a result of the FETÖ’s accumulation of power in the bureaucracy. Thus, this threat must be eliminated in all its dimensions.

It is well-known that this organization has been in an illegitimate struggle for power in Turkey for many years. That the organization attempted to activate its members in the judiciary and security bureaucracy in order to arrest MİT head Hakan Fidan showed that the organization was the major source of bureaucratic tutelage in Turkey. The Dec. 17 and Dec. 25 coup attempt was an effort by the same organization to overthrow the government by means of the police and judiciary. This process has revealed the organization’s various plots and blackmail attempts, and because of this, the organization has lost legitimacy in politics and for society. The members of this organization who fled abroad have conducted anti-Turkey campaigns and lobbying activities where they are instead of appearing in Turkish courts to be acquitted. Having attempted many plots with the same objective, the radicalized organization even attempted to strike at the government’s struggle with terrorism. July 15 coup attempt was an act of activating the armed faction for the organization. These processes have shown us that the organization uses sophisticated methods and that it is well-organized in nearly every part of the bureaucracy and that it can operate rapidly. The state of emergency, therefore, will be a process that allows Turkey to reorganize the bureaucracy through democratic methods. The fact that FETÖ members in the judiciary and police destroyed documents during investigations shows that the bureaucracy must be reorganized.

The state of emergency will be an important process in terms of maintaining freedoms and security. Recently, terrorist organizations have increased their activities in Turkey. Given the bureaucratic turbulence, it is probable that terrorist organizations will launch extensive attacks in Turkey by exploiting this situation. The most effective ways to avoid such incidents are to prevent a lack of authority and to create operationally rapid and preventative decision-making processes. In short, Turkey has entered a process that allows the state to reorganize its bureaucracy and to ensure its security. Erdoğan, who is blamed for being authoritarian, and the AK Party strongly reacted against the junta. He stood against those who want to establish a dictatorship by means of military power. All in all, Turkey’s democratization process will advance effectively after this turning point under Erdoğan’s leadership and support of the people.

FETÖ Is Not an Ordinary Terrorist Organization
Previous

The July 15 Resistance by the Turkish People: Googling How to Stop a Tank
Next
Loading...
Loading...
We use cookies to ensure that we give you the best experience on our website. If you continue to use this site we will assume that you are happy with it.Ok