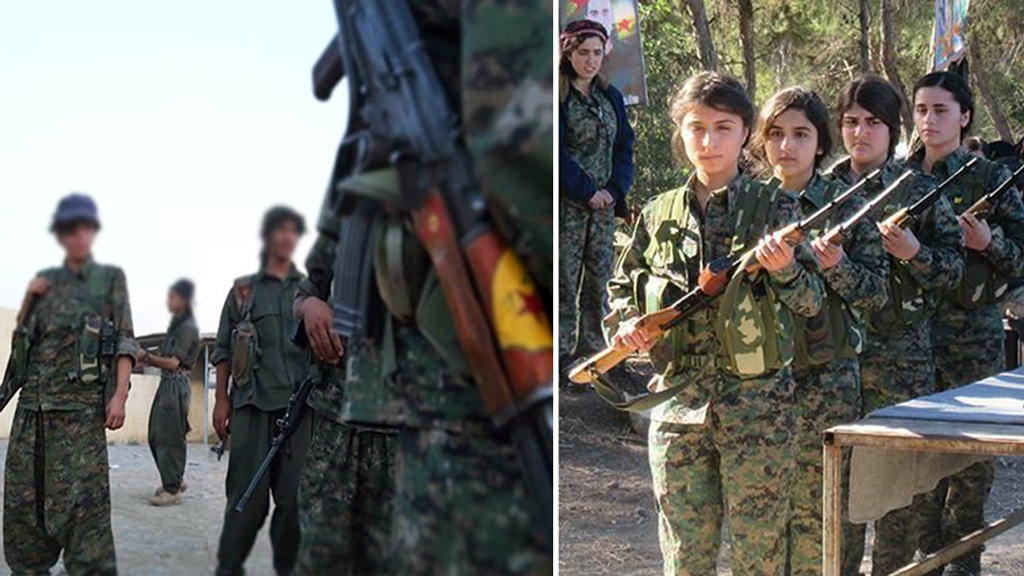 Turkish experts have said the PKK/YPG terror group exploits the female body for its own Propaganda.

In a video published on the news website Politics Today, Huseyin Alptekin, a political expert, said that news coverage of the YPG or PYD always focuses on women.

Alptekin, a faculty member at the Istanbul Medical University, said this is not a “random choice”.

“The women have such a central role in the marketing strategy of the PYD.”

Alptekin said that the terror outfit presents itself as “a secular and very Western-looking pro-Western organization” with these images.

He noted that women being recruited are young and impressionable. They are deceived by “these fancy words like liberating the world, liberating gender, breaking the tradition, ending the patriarchy and bring the revolution.”

“The PKK started to use women as suicide bombers, deadly mission. It didn’t start with the PYD. It has always been there,” he said.

Zeliha Eliacik, a researcher at the Ankara-based Foundation for Political, Economic, and Social Research (SETA), said: “Terror organizations use women as useful human resources. Women are their natural recruiters for the organizations. As they have children and can encourage other women to join the organization.”

She said: “For many reasons, women are preferred in terror organizations. For example, they can easily pass the controls in suicide and organizational actions because they attract less attention.”

Noting that these women were deceived and abused by the PKK/YPG, Eliacik said: “Propaganda promises that women will have a free life, free from family, tribal, and social pressures. In fact, women’s anger towards the tribes is being turned against the ‘enemy state.’ Everybody knows that propaganda promises are empty. Women who join the YPG are not allowed to marry.”

Eliacik went onto say: “The women who join the organization are young children who cannot make decisions themselves and who are easily influenced and forced to do as they are told.”

She added: “In fact, the YPG that usurped the female body is using it for its own propaganda.”

Although these women terrorists are portrayed as very happy in their lives, Eliacik underlined, “in reality, all they have is war, chaos, blood, death.”

“Western media portrays female militants as representatives and defenders of freedom, equality, and democracy,” but she said, “there are no women in any decision-making processes. Orders are given from top to bottom, from men to women.”

In its more than 30-year terror campaign against Turkey, the PKK – listed as a terrorist organization by Turkey, the US, and the EU – has been responsible for the deaths of 40,000 people, including women, children, and infants.