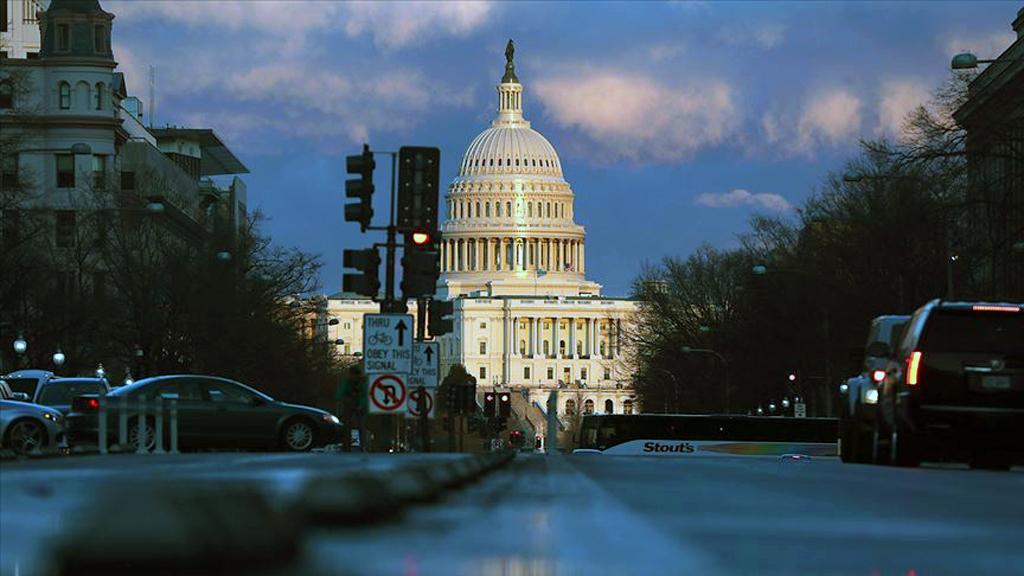 With US ties on verge of total collapse, Turks set eyes on Libya

The U.S. Senate passed a resolution on Thursday recognizing the so-called Armenian genocide. The measure, which President Donald Trump's allies in the Senate had repeatedly blocked, is not legally binding. It is merely a symbolic step. For the resolution, which Turkey strongly condemned, to become law, it must be adopted by the House of Representatives and signed by President Trump.

The U.S. Senate passed a resolution on Thursday recognizing the so-called Armenian genocide. The measure, which President Donald Trump’s allies in the Senate had repeatedly blocked, is not legally binding. It is merely a symbolic step. For the resolution, which Turkey strongly condemned, to become law, it must be adopted by the House of Representatives and signed by President Trump.

Judging by this most recent development, which came shortly after a sanctions bill, the Senate wants to make progress in its anti-Turkey campaign before Christmas break. There is a similar atmosphere in the House of Representatives. So Trump, who finds his foreign policy powers restricted, has a difficult task: Find a way to mitigate the damage senators have inflicted on Turkey-U.S. relations. The U.S. president will have to stop Congress and other American institutions from sabotaging his agreements with President Recep Tayyip Erdoğan.

Unfortunately, fixated on the domestic front, Congress has no problem taking steps that fuel anti-Americanism in Turkey. Let’s assume that Washington has legitimate concerns about the Russian S-400 air defense system and its impact on American air superiority. How can we account for the Senate’s recognition of the so-called genocide? At this rate, scholars of Turkey-U.S. relations in Washington will end up writing books on what the Americans did and who lost Turkey.

Meanwhile, Libya will be on Turkey’s busy foreign policy agenda in 2020. The country has been divided and unstable since 2011 when NATO-backed revolts toppled Moammar Gadhafi’s regime.

Although Fayez al-Sarraj founded a new government under a political agreement recognized by the U.N., forces loyal to Gen. Khalifa Haftar have prevented the reunification of Libya that is in pieces. Today, Haftar is gearing up for a “final offensive” to capture the capital Tripoli, with military support from the United Arab Emirates, Egypt, France and Russia.

Turkey, which had stopped a similar assault in April, has recently signed two memoranda of understanding – one on military cooperation and the other on the demarcation of maritime jurisdictions – with the Tripoli government. President Erdoğan has since said Turkey would consider deploying troops in Libya if Sarraj’s government were to extend an invitation, raising eyebrows around the world.

Haftar’s latest attempt to sack Tripoli turned all eyes on Libya once again. There are several looming questions: Can Tripoli defend itself without having to ask Turkey for military assistance? If the Libyans ask for troops and Turkey agrees, what will be the state of play in Libya? What impact will the recent developments on the ground have on the international summit, scheduled to take place in Berlin next month? How will the other powers involved in the Libyan conflict, respond to Turkey’s potential move?

It is certainly difficult to answer those questions at this time. One thing, however, is clear: Turkey’s agreements with the government in Tripoli unsettled several governments. Last week, a group of EU leaders gathered in Brussels to claim that the memorandum of understanding on maritime zones violated “the sovereign rights of third countries.” Thus the EU sided with Greece and the Greek Cypriots, who have been trying to carve up the Eastern Mediterranean unjustly.

To be clear, the organization is unable to block Ankara’s deal with Tripoli. The Turks have already raised the issue with the U.N. Yet the government in Tripoli faces a more serious threat than before. Ankara will have to find a way to prevent Haftar’s forces from overthrowing Libya’s U.N.-recognized, legitimate government. For these reasons, diplomatic and military movement regarding Libya is likely to increase soon.

India's citizenship act: Another blow to the nation-state
Next
Loading...
Loading...
We use cookies to ensure that we give you the best experience on our website. If you continue to use this site we will assume that you are happy with it.Ok