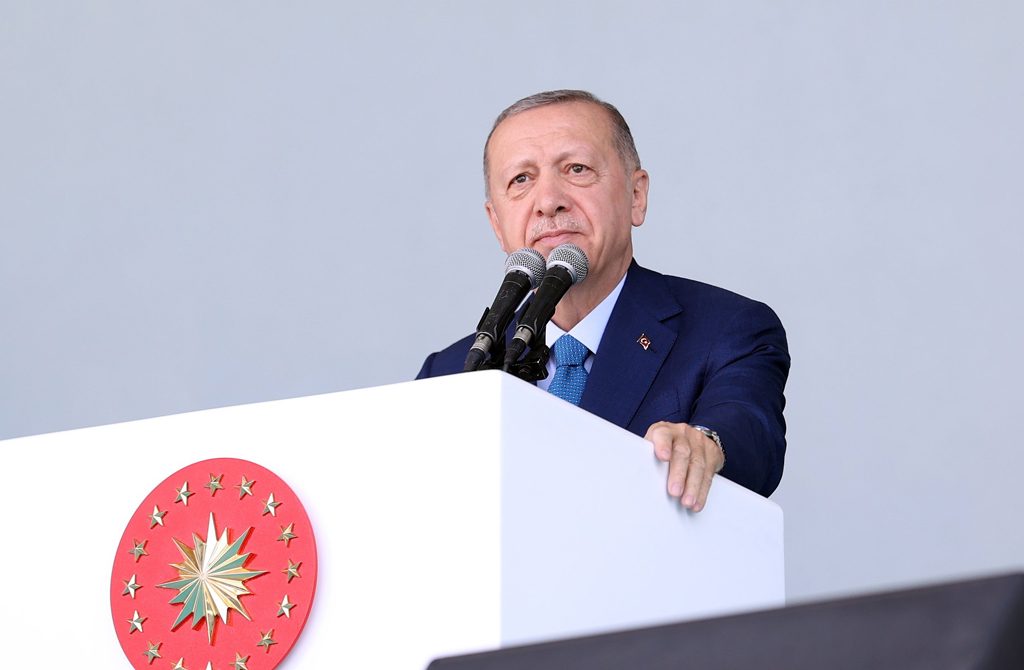 Which strategy is President Erdoğan pursuing?

Delivering speeches in the provinces of Izmir and Van and the ruling Justice and Development Party’s (AK Party) parliamentary caucus, President Recep Tayyip Erdoğan launched a highly effective, clear-minded campaign regarding next year’s election, the presidential candidates and the opposition.

Stating that “the countdown to the 2023 election has begun,” Erdoğan signaled that his campaign will continue with a fresh discourse on the ground. In addition to announcing his own candidacy, he mounted pressure on the main opposition Republican People’s Party (CHP) Chairperson Kemal Kılıçdaroğlu – “Are you running or not?” – and the opposition’s “table for six” – “Where is your candidate?”

In this regard, Erdoğan directly targeting Kılıçdaroğlu and the opposition bloc is a new phenomenon. If one were to ask the CHP supporters, they would argue that “the People’s Alliance fell into a trap and announced its candidate exactly when the main opposition party wanted” and that “the CHP will pick its candidate whenever it wants.”

The opposition maintains that responding to Erdoğan’s challenge to “announce their candidate” would amount to falling into the president’s trap. Yet his questioning of that unknown candidate will put pressure on the “table for six” whether they pick a candidate or not. If Kılıçdaroğlu ends up being the candidate of choice, he will have been weakened already. Meanwhile, the CHP’s mayors face mounting criticism due to competition among the opposition parties. Istanbul’s mayor, Ekrem Imamoğlu, allowed his greed to tarnish his reputation among CHP supporters. Meanwhile, it remains extremely difficult for Mansur Yavaş, the mayor of Ankara, to position himself as a candidate to address the country’s pressing problems. Finally, if the opposition picks someone else, that person will have limited time to introduce themselves to the electorate. Furthermore, any candidate (except Kılıçdaroğlu) will be labeled as “ineffective,” “unable to govern” and a “puppet” due to the opposition bloc’s guardianship.

The 2023 election will be an election of “questions, counter-questions and responses.” We will witness a rhetorical battle over Turkey’s “national interests,” “national identity” and “the best candidate to take the country into its next century.”

The 10 questions Erdoğan asked Kılıçdaroğlu regarding foreign policy, national security, defense and their implications for domestic politics point to the shape the upcoming election will take. There are some fundamental questions that the CHP and the “table for six,” who are unable to agree on a common policy regarding the country’s most pressing issues, include the following:

How Erdoğan’s reaction and Tsipras’ warning coincide
Next
Loading...
Loading...
We use cookies to ensure that we give you the best experience on our website. If you continue to use this site we will assume that you are happy with it.Ok