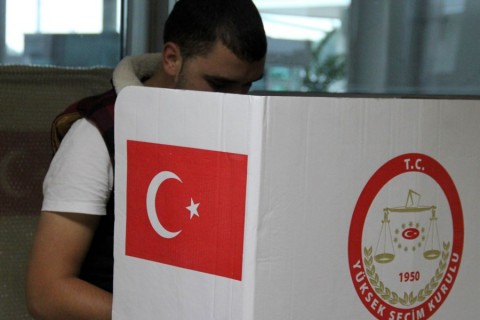 What Sunday’s Vote Means for Turkey

If the ‘yes' vote wins in Sunday's referendum, Turkey will get rid of the tutelage in its politics, which is the root cause of the country's chronic crises

The people of Turkey will go to the polls on Sunday to vote for the constitutional amendments. This will be an important referendum for Turkish democracy. The Turkish public will have a chance to give their opinion about an issue that has been discussed for decades by different political leaders. An executive presidency was a solution offered to combat the constant governmental deadlocks and coalition crises in the country. Experienced leaders in the political system indicated that systemic crises threatened, not only the governability, but also the democracy of the country, as deadlocks usually provided weak spots for institutions outside the political realm to have leverage over the national will.

In multiple instances, these parliamentary crises led to military intervention. It almost became a pattern, and some in the military started to see this as a form of entitlement. One of the Turkish democratic “choke points” has been the election of the president by Parliament. These elections, in most instances, generated another form of deadlock for Turkish democracy. The 1982 Constitution further aggravated the situation, generating areas for military involvement and the institutionalization of a tutelage system created conditions that could bring further political crises in the future. In April 2007, after the military intervened through an internet memorandum meant to influence Turkish politics ahead of yet another presidential election, an amendment was voted in by the Turkish public in favor of electing the president through popular vote instead of through Parliament. This was a critical turning point for the governing system of Turkey.

However, more changes were necessary to provide effective governance in the country. The election of the president by popular vote for the first time in 2014 prevented one deadlock in the country, however, further steps were needed to fix the broken system and prevent new forms of deadlocks from emerging. With an agreement between the Justice and Development Party (AK Party) and the Nationalist Movement Party (MHP), a new amendment was proposed to handle some of these problems. The main goals of these changes were to provide more effective governance and to prevent future constitutional crises in the country. In multiple circumstances, MHP representatives expressed that a change was necessary, especially in the aftermath of the July 15 coup attempt, which according to them demonstrated the need for a new system to prevent any further institutions’ attempts to manipulate politics and stability. If it is approved by the popular vote, the referendum will be the first step toward a more comprehensive reform of the administration in the coming period.

Since the passing of these amendments in Parliament in late January, there have been debates among different segments of society concerning the proposed changes. On Sunday, people in Turkey will vote on these amendments. The attempts of some European countries to stop the “yes” campaigns in their countries will be remembered as a failed test. It will be the Turkish people who will decide on Sunday. It is their choice alone.

Turkish Constitutional Referendum and Beyond
Previous

Turkey Votes for Its Future
Next
Loading...
Loading...
We use cookies to ensure that we give you the best experience on our website. If you continue to use this site we will assume that you are happy with it.Ok