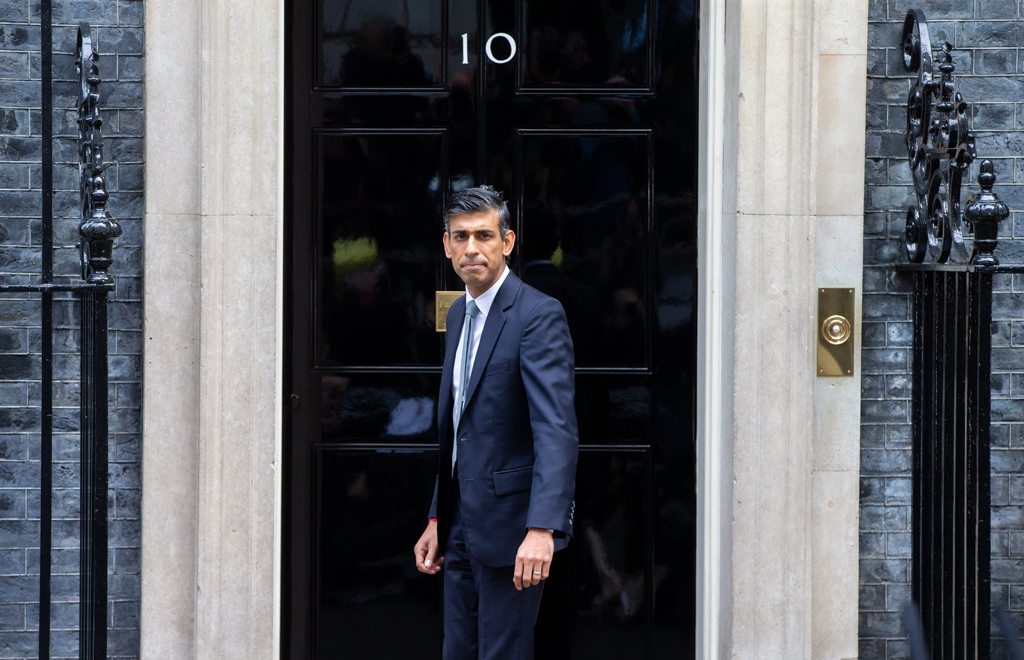 Skyrocketing energy prices and the battle against inflation, which has reached its peak in the last 40 years, are at the top of newly-elected U.K. Prime Minister Rishi Sunak’s agenda. (Shutterstock Photo)

There are comments suggesting that Rishi Sunak is 'weak' and that he will be unable to hold on to politics for long. But the fact that he was one of the leading ministers who forced ex-Prime Minister Johnson to resign in July indicates that Sunak may step outside of his 'passive' profile

There was a tough race in the summer for the leadership seat vacated by former U.K. Prime Minister Boris Johnson in the Conservative Party. Although Rishi Sunak was the favorite in the leadership race that ended in early September, party members chose Liz Truss. The most important reason why Sunak lost the race was related to his ethnic and religious background. The fact that Sunak is of Indian descent and Hindu raised serious questions among the Conservatives. To be more precise, the Conservatives did not want to elect someone with such a background as their leader.

Therefore, they turned to Truss, who was white and Anglican like themselves. Truss had some “advantages” compared to Sunak rather than being a very popular or an expected leader among the Conservatives. However, Truss resigned in a huge fiasco after only 44 days in office despite the high expectations of the British public and her party. She was replaced by Sunak, with whom she had previously faced a leadership race.

The rapid rise of Sunak, who has been in politics since 2015, is important in four respects. First, his election is an important turning point for British politics since there has never been an Indian or Hindu prime minister in the United Kingdom before. Second, Sunak became the youngest prime minister of the country at the age of 42. Third, Sunak became the first person appointed by the recently enthroned King Charles III to form the government. Fourth, Sunak’s personal wealth is almost twice that of King Charles’ personal wealth. So this is the first time that someone richer than the monarch became the U.K. premier.

The first thing about Sunak’s profile is undoubtedly his ethnic and religious identity. Contrary to the former prime ministers, Sunak is the first from an ethnic minority in the country. It is known that Sunak’s ethnic and religious identity is not widely accepted by the Conservatives, although he often says that he is “completely British.” In addition, Sunak gives the impression of a politician who, in ordinary terms, “smiles at everyone.” In this respect, there are comments that he is a weak person and cannot hold on to politics for a long time. However, the fact that he was one of the leading ministers that forced Johnson to resign in July shows that Sunak may step outside of his “passive” profile.

Skyrocketing energy prices and the battle against inflation, which has reached its peak in the last 40 years, are at the top of Sunak’s agenda. In fact, the most important reason that led his predecessor Truss to resign was the wrong steps she took to solve economic problems during her tenure. For this reason, Sunak has made clear his priority by devoting his speech to the economy after he took office.

After Truss’s resignation, opposition parties began to loudly voice their calls for an early election. In fact, until recently, early elections could be held if a two-thirds majority was achieved in Parliament. However, the Dissolution and Calling of Parliament Act 2022 adopted in March clearly says that the authority to call for an early general election belongs to the prime minister. Therefore, if the newly elected Sunak does not want an early election, the elections will be held no later than January 2025.

Despite various obstacles, Sunak will not want to risk his own political career by going to an early election. Therefore, it does not seem possible that there will be an early election in the near future. On the other hand, if the Sunak government fails to recover the country’s economy by the next general election, the Conservative Party might lose its long-held power. Therefore, a difficult period awaits Conservatives over the next two years. Aware of this reality, Sunak, in his first speech as the party leader, called on the Conservative deputies to “unite or die.”

In addition, Sunak taking the office of prime minister shows that the Conservative Party has faced obstacles in determining the leader in recent years and is content with choosing “the best of the worst” from the candidates. Indeed the personal characteristics and economic priorities of Theresa May, Boris Johnson, Liz Truss and Rishi Sunak are quite different from each other. In this respect, it would not be wrong to say that the Conservative Party has been experiencing a swing within itself, especially in the post-Brexit period.

Regarding the relations between Türkiye and the U.K., it should be primarily noted that there has been no serious problem in bilateral relations for a long time. Moreover, the two countries have been trying to deepen their commercial relations.

Therefore, it seems that Türkiye and the U.K., as two rational states, will continue their relationship based on common interests. In addition, Türkiye might be a much stronger trading partner in the new period for the U.K., which is at risk of recession. As an important point, it should be noted here that the trade volume has been increasing thanks to the free trade agreement that entered into force in January 2021.

However, this agreement covers a limited sector. Therefore, the scope of the agreement needs to be expanded and new sectors should be included in the agreement. If this happens, the total trade volume, which was $21.5 billion last year, may rise to $35.60 billion in a short time. As a matter of fact, according to the data released by the British Department of International Trade on Nov. 2, total trade between the U.K. and Türkiye has already exceeded $25.28 billion.

Ukraine war: Iran's sale of drones to Moscow will only increase its isolation
Next
Loading...
Loading...
We use cookies to ensure that we give you the best experience on our website. If you continue to use this site we will assume that you are happy with it.Ok