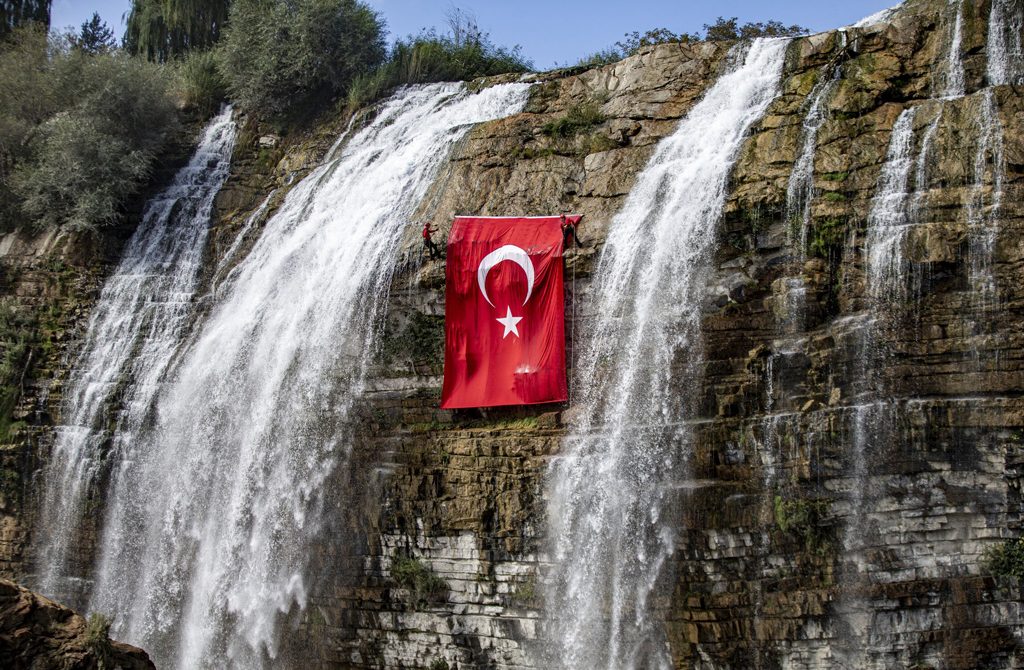 With the military operation in northern parts of Syria and Iraq, Türkiye has sent clear messages to different regional and global actors. (AA Photo)

'Türkiye’s answer (to terrorism) will not be limited to just an air operation,' President Erdoğan clearly explains

Last week, six innocent people were killed and 81 others were wounded during a terrorist attack (a bomb explosion) at the heart of Istanbul, on Istiklal (Freedom) Street. Although there was no claim of responsibility, the woman, who is suspected to be behind the bombing, was captured by the Turkish police in several hours. The suspect later confessed that she planted the bomb in line with the instructions of the PKK terrorist organization’s Syrian wing, YPG. Consequently, Turkish security forces captured 20 other culprits, who are also affiliated with the terrorist group.

First, Türkiye has sent a message to its own people. The Turkish officials have promised the Turkish people that all perpetrators behind the attack will be punished and no terrorist attack will remain unanswered. The Turkish state has shown its determination in its struggle against any threat targeting Türkiye’s political independence and territorial integrity.

Türkiye, which has the power to defend its territory against any threat, has shown its determination for maintaining the political stability of the state and the security of its people.

Message to those who back terror

Second, the operation is a message to the terrorist organizations attacking Türkiye. Türkiye has the capacity, power, and resources to fight terrorism by solely depending on its weapons and own intelligence. Türkiye has shown that it has the power to crush any organization at its hotbed and the cost of attacking Türkiye is very high. Thus, it has showed that it has deterrent power against all internal and external military actors. Türkiye can easily mobilize enough military resources for its fight against security threats, and therefore it can crush any security threat inside or outside of the country.

Third, Türkiye has sent a clear message to the backers of terrorist groups that it is determined it will not allow any anti-Turkish projection or development. Türkiye will continue to play a game-changer role in its regions against all proxies and their supporters. Since there is too much at stake for Türkiye, it will not remain indifferent to any fait accompli that will create security concerns. The Turkish state and its people know very well that many Western countries, including its allies, have been providing different types of support to PKK/YPG and Gülenist Terror Group (FETÖ) terrorists in their lands.

President Recep Tayyip Erdoğan clearly explained that “if someone disturbs our country and lands, we will make them pay the price,” adding that “Türkiye’s answer will not be limited to just an air operation.”

Depending on future developments, Türkiye may launch a new large-scale ground military campaign against the territories currently under the control of PKK/YPG terrorists.

Good Party: The party in the middle of the fault lines
Previous

Türkiye-Egypt normalization: Erdoğan and el-Sissi meeting
Next
Loading...
Loading...
We use cookies to ensure that we give you the best experience on our website. If you continue to use this site we will assume that you are happy with it.Ok