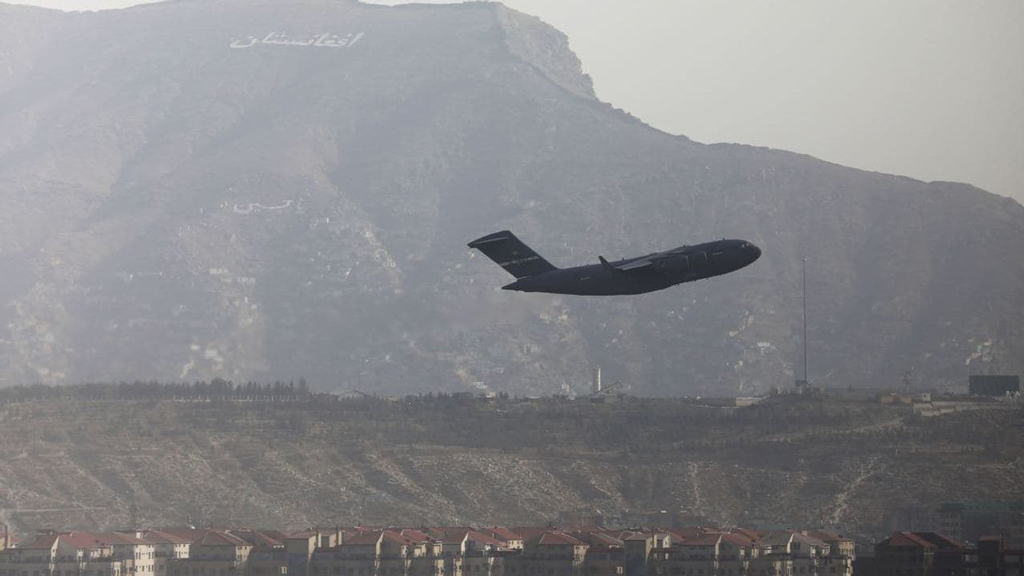 Pakistani academic says people in Pakistan need to look beyond US

The exit of the US from Afghanistan has created space for the leadership role of Pakistan and Turkey in the region, a scholar on security and policymaking said.

Such a role, however, would require intellectual exercise, said Rabia Akhtar, a professor of Security Studies at the University of Lahore, Pakistan.

“The major question everybody is asking is where is our region heading to,” Akhtar told Anadolu Agency in an interview in the Turkish metropolis, Istanbul, where she is busy collaborating with academia and think tanks on joint policymaking and research.

The US’ longest war ended in Afghanistan in August when all the foreign coalition forces exited the country after 20 years. The war-torn country is struggling with a weak economy, and a looming humanitarian crisis as the Taliban vow to secure the country from terrorism. “For 20 years, we’ve had the US in the region as an extra-regional force, but with the boots on the ground. And now that they have left there is a political vacuum … There are geopolitical dynamics,” said Akhtar, who leads the Center for Security Strategy and Policy Research (CSSPR) at the University of Lahore.

“Pakistan is right at the heart of it. And it is not only Pakistan, but it is also Iran, it is Turkey, it is Central Asian countries,” she added.

She said the immediate neighbors of Afghanistan need to sit together “and make connections and look inwards, do some introspection, and see whether we can stabilize this region to our own advantage and benefit.”

Akhtar, an alumna of the US Kansas State University, said academic platforms are “probably the best” to do the policymaking on such issues “because they bring together scholars, experts, practitioners from a wide variety of areas, and expertise for a very rich discussion.”

During her current professional tour of Turkey, Akhtar signed university-level agreements with the Bahcesehir and Istanbul Aydin universities, besides the Foundation for Political, Economic and Social Research (SETA), Center for Diplomatic Affairs and Political Studies (DIPAM), and Ankara Center for Crisis and Policy Studies (ANKASAM).

“It is to do some geopolitical thinking, some geostrategic calculations based on how these regional connections work if they are strengthened, and how can they bring us together, regionally,” Akhtar said, referring to academic collaborations between Turkey and Pakistan.

The professor said the collaborations with her Turkish counterparts in joint policy papers “will benefit both the Turkish and Pakistani governments.”

The academic said Pakistan needs to look beyond the US.

“People in Pakistan have been too busy looking towards the US. We have always been wondering what are the US think tanks thinking about South Asia,” she said.

Akhtar said people in Pakistan have for years “been worried about dealing with ad hocism … that is associated with Pakistan, the unpredictability that generates from within Pakistan and its policies, and regional challenges.”

“But this time, in the past couple of years, you’ve seen a very strategic shift in Pakistan’s foreign policy towards economic security,” she said.

Whether Pakistan has the potential to be a regional hub will depend on it making a “geo-economic shift in its foreign policy.”

“For that to realize, Pakistan needs to stop looking at the US. That dependency needs to be broken,” she asserted.

“After 20 years, we have found this gap. And if we don’t utilize this to forge partnerships with our Central Asian neighbors, reach out to Iran, reach out to Turkey, work with China, work with Russia … we are so strategically placed, but we just don’t ever use that to our advantage,” Akhtar said.

“There are opportunities in the realm of trade, Pakistan’s young population, and its strategic location, and that will be critical,” she said on regional collaborations.

“While Pakistan offers avenues in multiple industries, including energy, infrastructure, there is a greater potential to expand trade in agriculture and construction sectors,” Akhtar said, referring to bilateral trade with Turkey.

She said Turkey could help Pakistan deal with its food shortages by exporting the machinery that “is critical to enhancing agricultural production.”

Regarding the $900 million bilateral trade volume between the two countries, she said the two countries need to “develop a better and deeper understanding about trade potential and then go to address it.”

“Regardless of how many MoUs you sign, if the two countries are not on the same wavelength to implement and translate them into reality, then some work is lost. But that should not deter experts, and scholars from looking at the region,” she said.

Turkish opposition's early election call
Next
Loading...
Loading...
We use cookies to ensure that we give you the best experience on our website. If you continue to use this site we will assume that you are happy with it.Ok